Review: The Conjuring: The Lover #1

Review: The Conjuring: The Lover #1 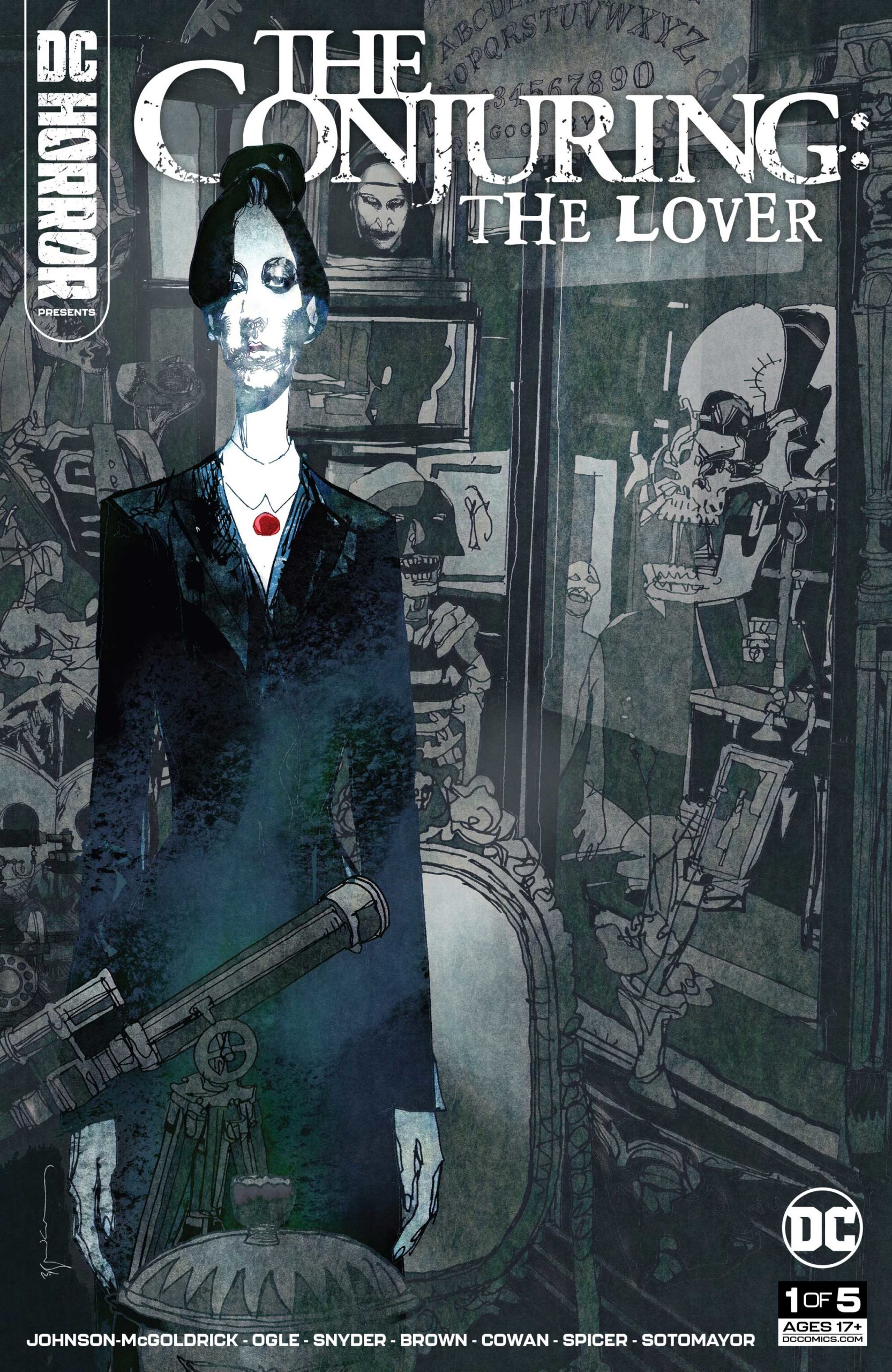 In recent years, a singular name has been connected with the fight against the forces of darkness. The Warrens have been involved with some of the most recognizable cases involving possessions, hauntings, and exorcisms around the world. Recently, movies about their famous cases showed us what fear can look like. And now, with the new movie The Conjuring: The Devil Made Me Do It out for enjoyment, DC has given us a new horror comic based in that world, The Conjuring: The Lover #1.

This 24-page first issue is absolutely PACKED with goodies. Not only do we get the opening introduction for the ongoing story arc, but we get a secondary short story and amazingly cool macabre ads! Let’s dive in!

David L. Johnson-McGoldrick and Rex Ogle are the writing team for the main story. With the art done by Garry Brown, color work by Mike Spicer, and lettering done by Becca Carey. 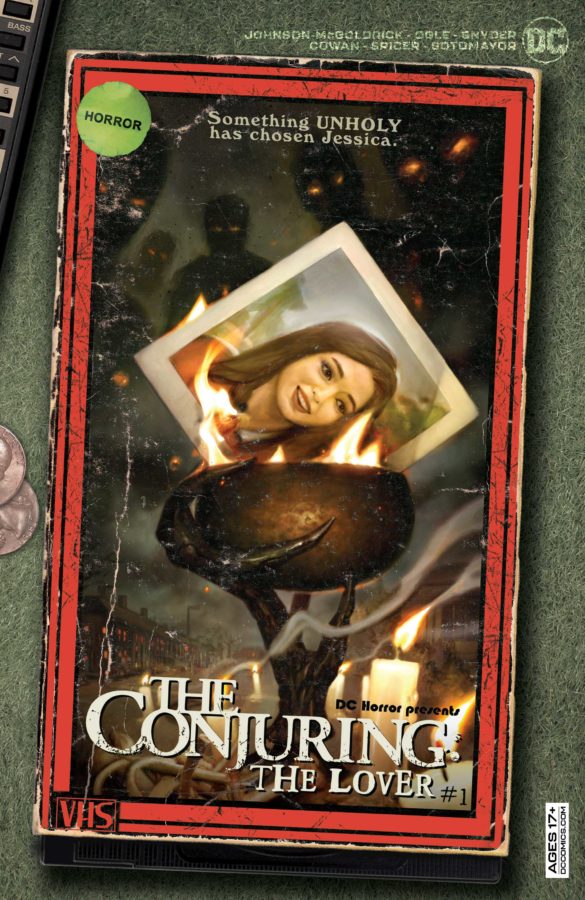 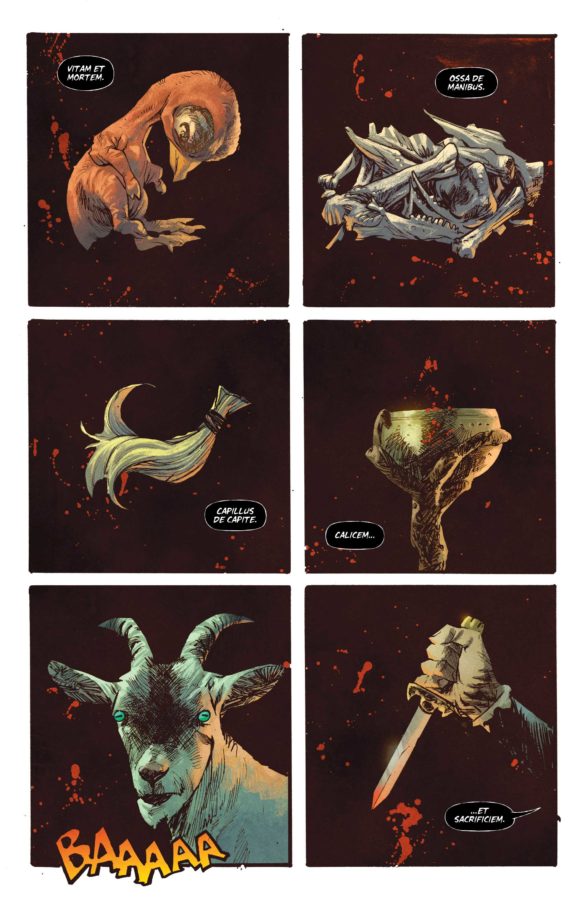 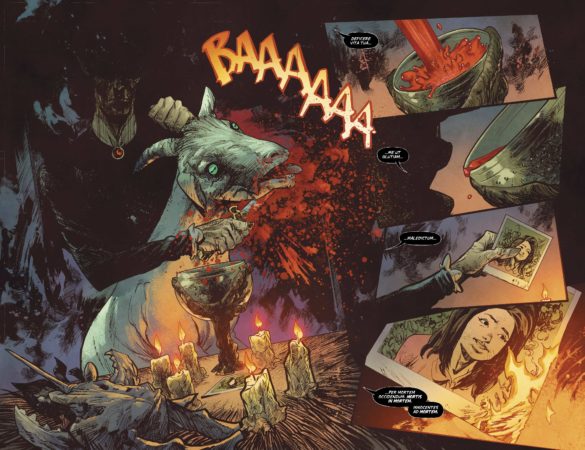 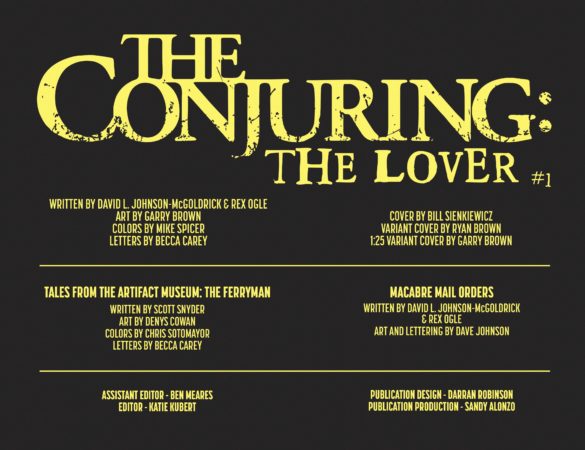 Our tale takes place in 1981, and it starts off with some sort of ominous ritual. We meet Jess, who has just started down the path to her college life. On a break with her Mother, she shares her fears about whether college is something she can keep up with as her track record isn’t the greatest so far. She misses the simplicity of high school.

However, as she makes it through her Saturday routine, there are some things that just aren’t quite right. Someone or something is keeping an eye on Jess from the shadows. 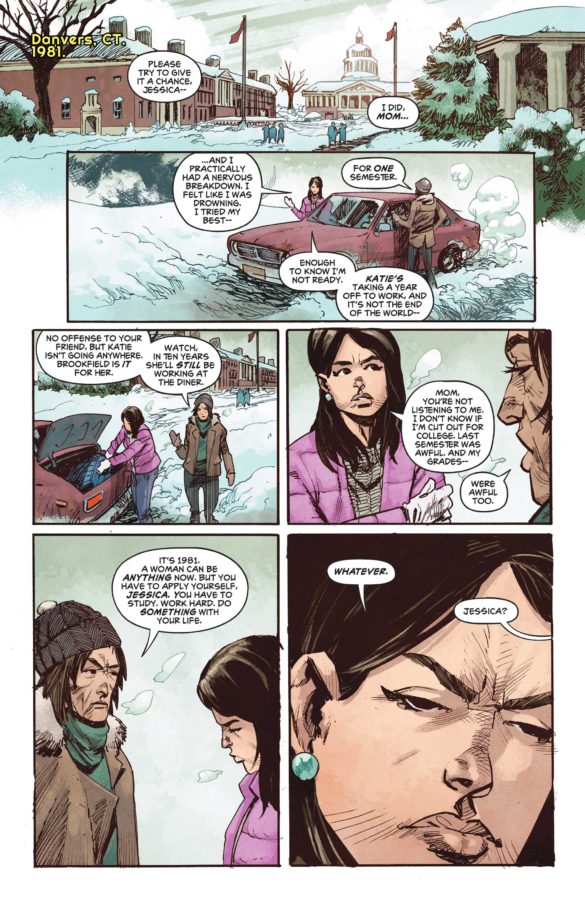 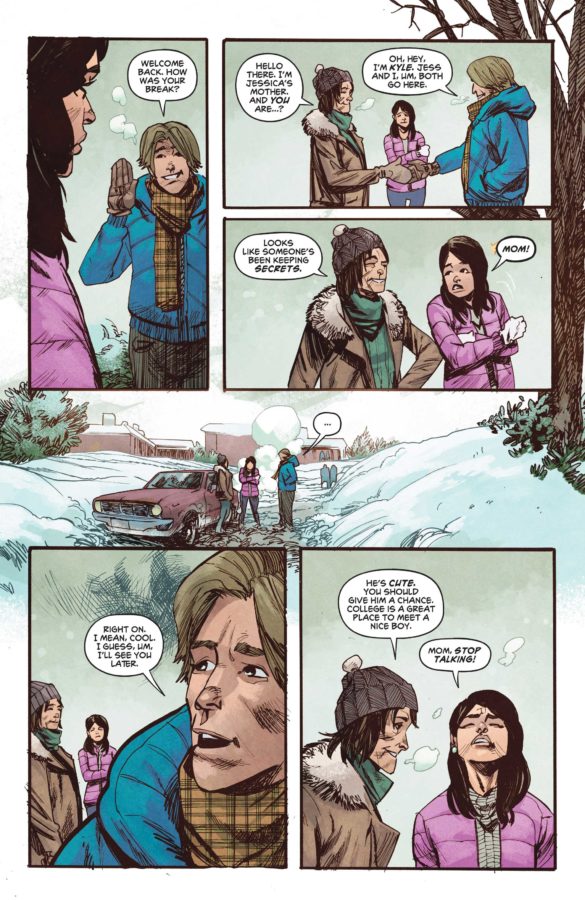 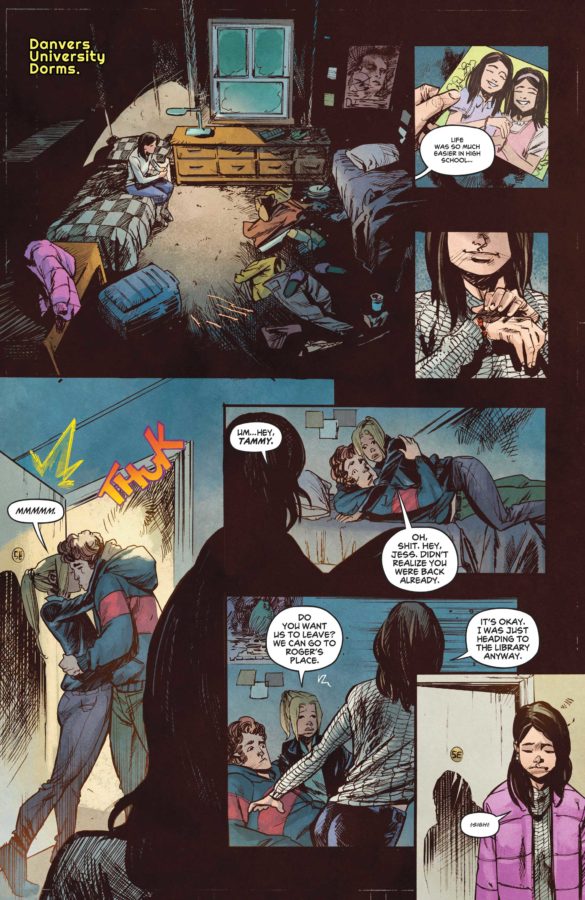 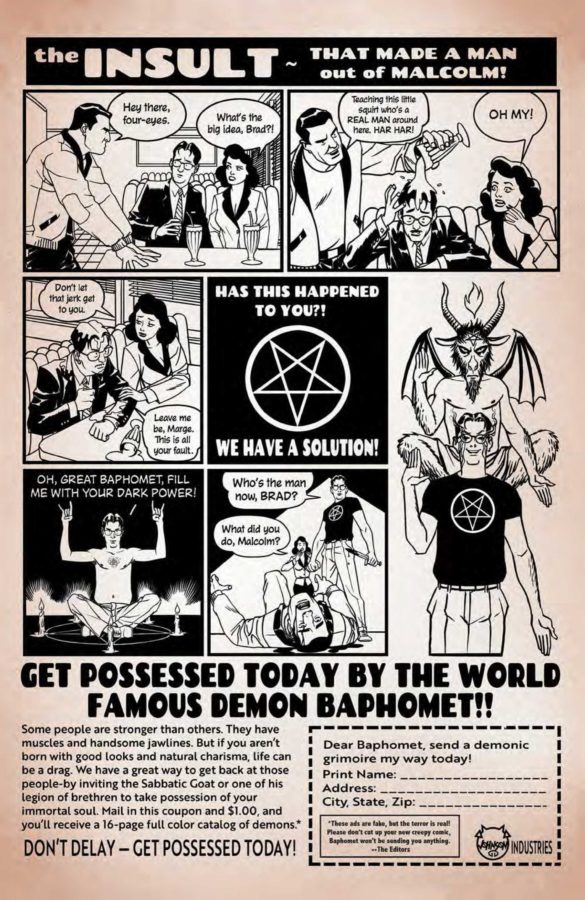 The Cost Of The Ferryman

The short story feature in The Conjuring: The Lover is really neat. Ed and Lorraine Warren kept a museum from the cases they worked, and getting to see the story behind one of the objects was a surprise. Tales From The Artifact Museum: The Ferryman is written by Scott Snyder, art done by Denys Cowan, colors by Chris Sotomayor with letters done by Becca Carey.

We meet Everett Malor as he introduces himself to his cab driver, and readers. He does this far better than I can so I will let him tell you himself.

“My name is Everett Malor and everyone I’ve loved, I’ve murdered.“

When Everett was a child he did something that was unforgivable and years later he is still suffering for that sin. But the time has come for the Ferryman to get his payment, and he will accept no more delays.

The ads that litter the issue are so wonderful and humorous. They are a great throwback to the early comics days, but with a demonic twist. A special shout out to David L. Johnson-McGoldrick, Rex Ogle, and Dave Johnson for those.

Loved the artwork! The colors set the tone perfectly. Whether we are in normal social situations or situations where things aren’t right and shifting to the evil side, it is portrayed with an eeriness that is hard to ignore. Garry Brown, Mike Spicer, and Becca Carey showcase their crafts in every panel.

The extra story with Scott Snyder, Denys Cowan, Chris Sotomayor, and Becca Carey is such a cool peek behind the curtain of one of the items from the infamous Warren museum. Truly enjoyed the story as a whole. Looking forward to more stories like this.

Honestly there was nothing that I didn’t enjoy about The Conjuring: The Lover #1.  I loved that it was an introduction and had such cool bonuses as well.

This was a blast and I look forward seeing what they have in store for Jess in the next issue!