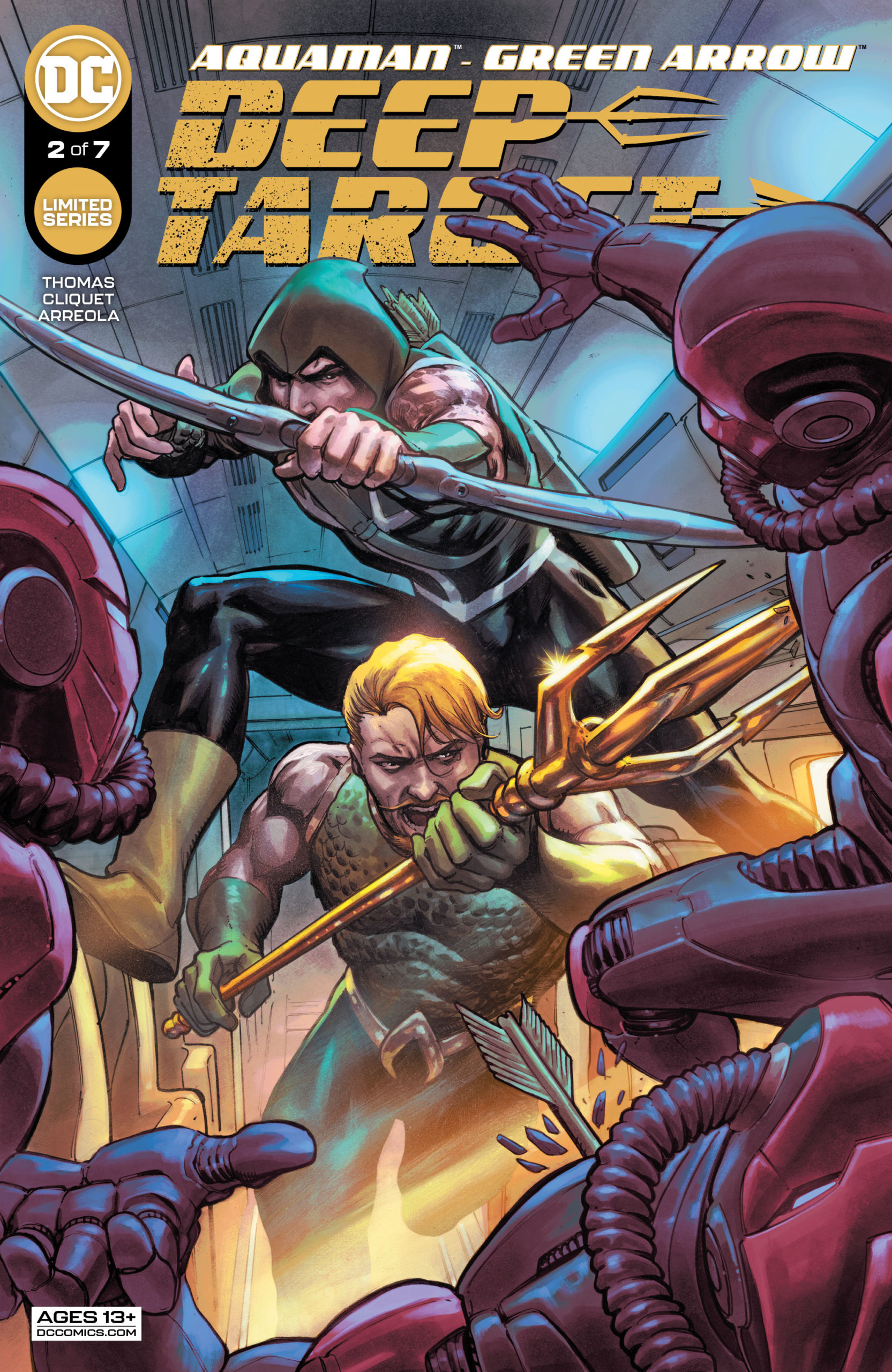 As Arthur and Oliver compare memories their plane goes off course and they find themselves on a (familiar?) island. It’s not long before they are attacked by someone who knows more than they do!

Like the last issue, Aquaman/Green Arrow: Deep Target #2 relies heavily on a Silver Age plot that’s just downright fun. I don’t think it’s fair to overlook how much “fun” can play into the enjoyment of a comic.  This comic is nostalgic, but not in a way that requires the reader to have read something previously, just be sort of familiar with some of the storytelling of the era.  The issue relies on the reader understanding the switch up the characters are experiencing and that we see play out in their memories. Artist, Ronan Cliquet draws a particular panel of a young “Oliver Curry” underwater that is a clear homage to a similar panel by the great Ramona Fradon from Adventure Comics #260 which tells the first Silver Age origin of Aquaman. 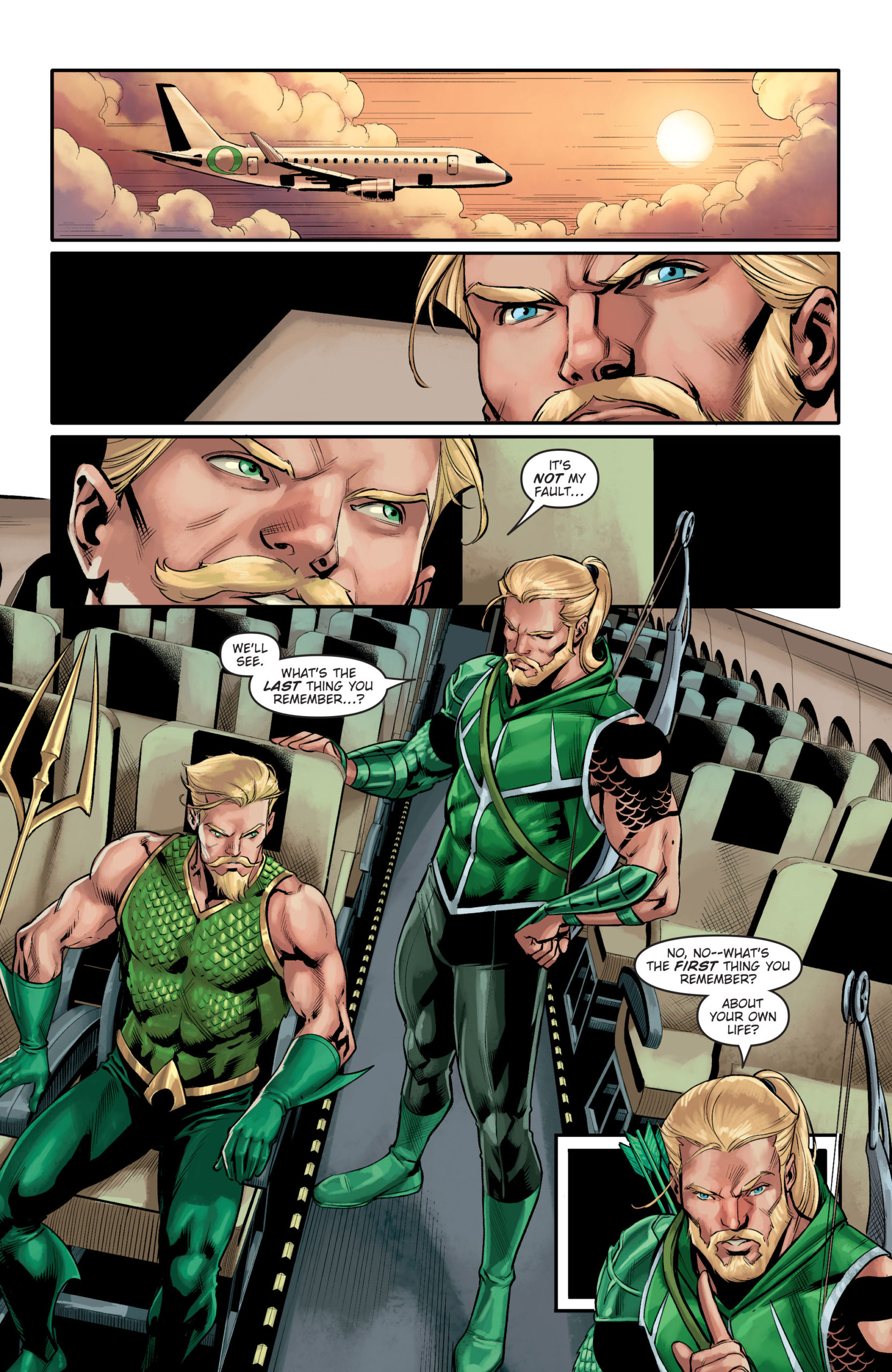 The fun continues as the two feel uneasy about the other’s ability with “their” weapons- bow and arrow and trident respectively.  It doesn’t get experimental, but we do see “Oliver Curry” save the day with the Trident that “Arthur Queen” concedes is “tough to master”, it’s a cool use of the Trident. Additionally, the two are uneasy at seeing how others react to them- apparently, everyone else is used to these amalgamated heroes. 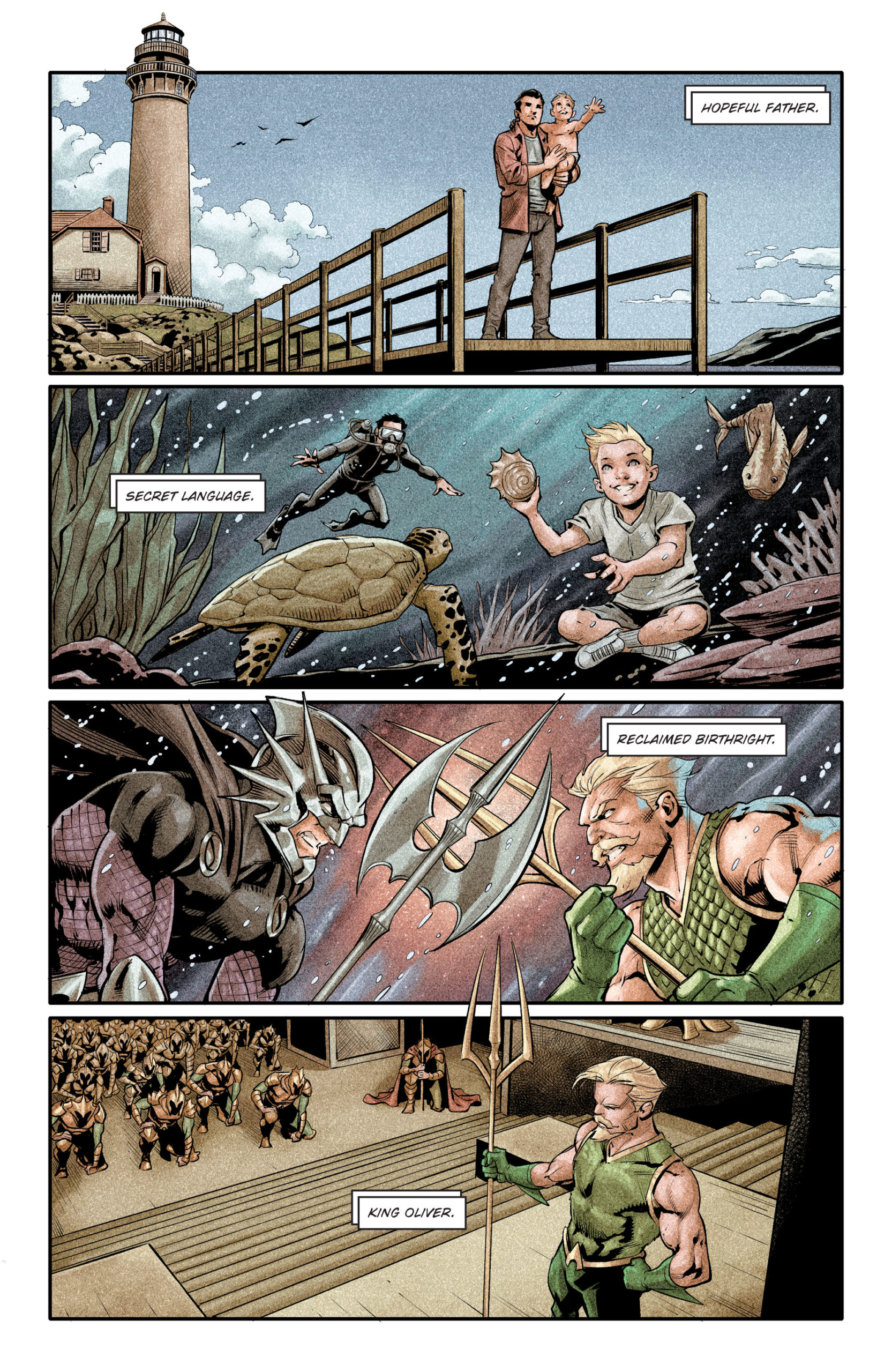 A lot of what this creative team is doing is subtle, and it works. It’s not always necessary to beat the reader over the head.  It may be easy to overlook, but check out the way letterer Josh Reed chooses to emphasize words and phrases. The letters get bolder or grow slightly in size. Even some of the word balloons are drawn with thicker lines to help accomplish this.  Reed’s really getting creative to help tell the story.

This series doesn’t appear to be going too deep. It’s a celebration of these characters and the Silver Age. This may not be enough for some, but it’s a nice reminder that it’s not always necessary to be dark and gritty to entertain. 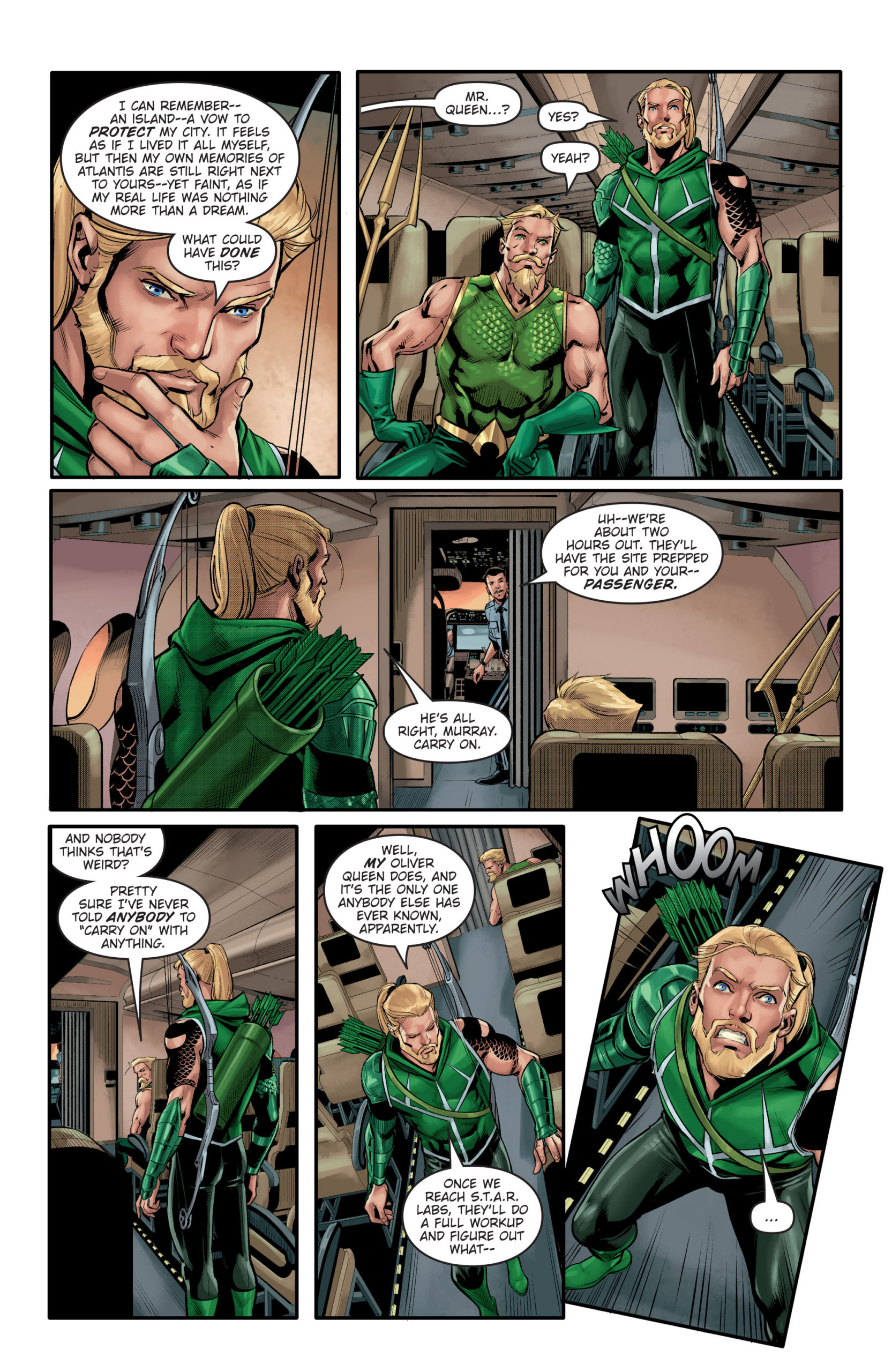 The work by Thomas, Cliquet, Arreola, and Reed is subtle at times and it’s refreshing to have a fun story that reminds us of a “simpler” time that celebrates the history of these characters while not deconstructing them.  We’ve seen that deconstruction in other places, and that’s not what this series is about.  So, come enjoy these two DC stalwarts in a fun tale behind a dynamic cover by Marco Santucci!