Welcome to the official DC Comics News Holiday Gift Guide 2021! We have carefully curated a fantastic list of items from low-cost to wallet-busters and everything in between. There’s something for everyone, from books and blu-rays, to games and Funko POPs, and even a kitchen gadget!

DC has some of the most popular superheroes every created with Batman, Superman, and Wonder Woman among the top three. And that means there’s no shortage of merchandise out there for the DC fan in your life.

So take a stroll through our list… I guarantee you’ll find something worth picking up!

So, to start off the Holiday Gift Guide 2021, I wanted to kick things off with a bang… and that’s why I chose one of my favorite releases from the fine people over at Insight Editions…

Batman: The Definitive History of the Dark Knight in Comics, Film, and Beyond 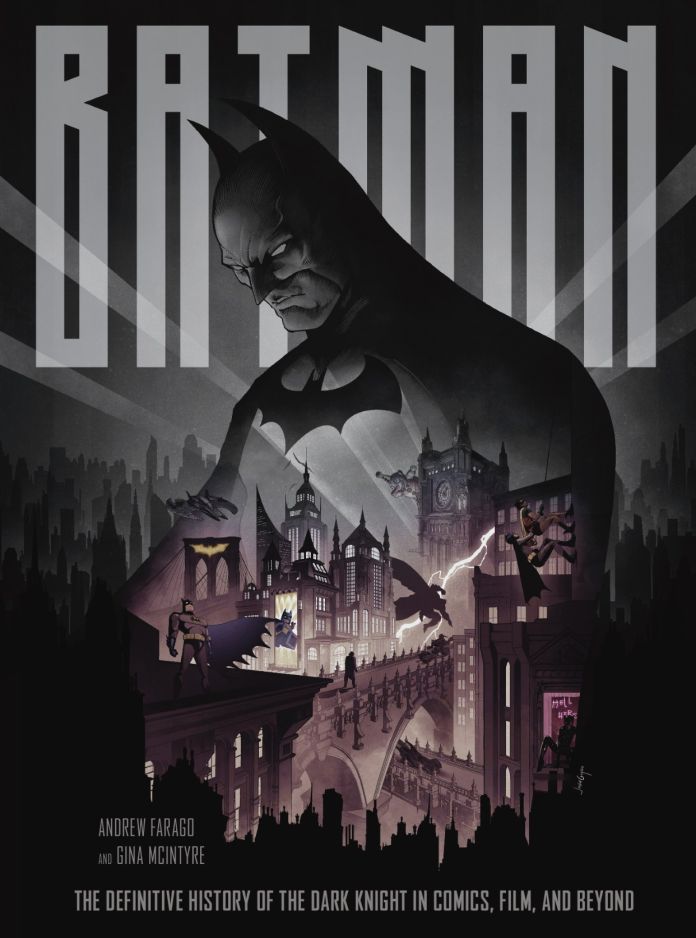 This is the most extensive, well-researched, thorough book on a superhero I have ever seen. It’s incredible, and hefty to boot (weighing in at 8 pounds).

This book came out in 2019 and celebrates Batman’s 80th Anniversary, tracing his history across eighty years of comics, cartoons, live-action TV shows, and major motion pictures exploring the history and legacy of the Caped Crusader through his many incarnations. Featuring exciting never-before-seen imagery and commentary from key writers, artists, filmmakers, and more, this book also includes a variety of removable insert items, providing a unique, immersive experience for fans. Comprehensive, compelling, and filled with previously unseen treasures, Batman: The Definitive History of the Dark Knight in Comics, Film, and Beyond is the ultimate guide to the legendary hero. 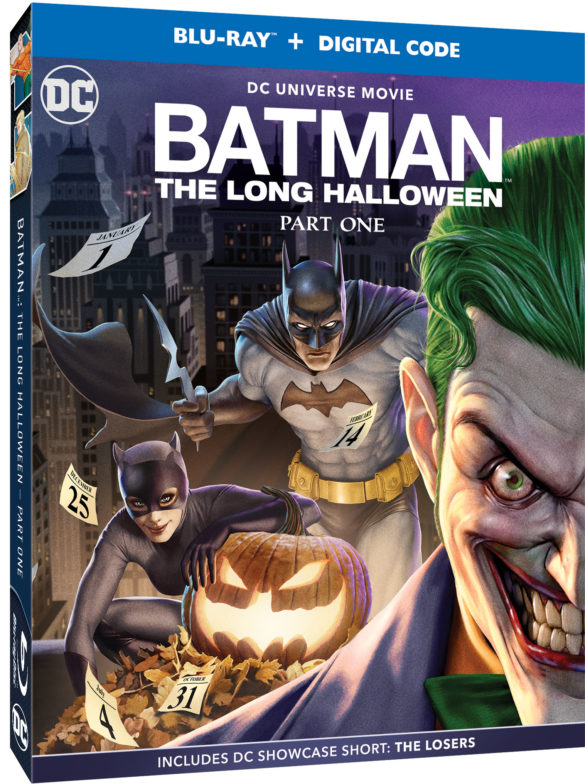 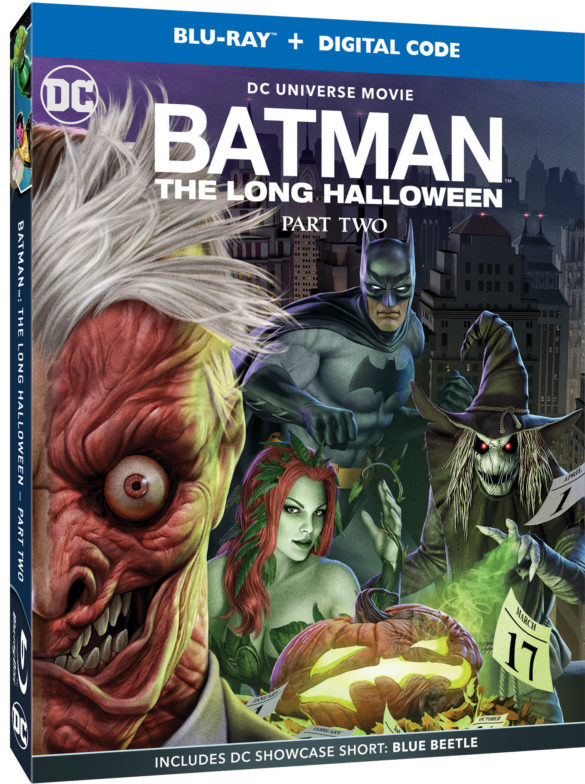 Batman: The Long Halloween Parts 1 & 2 tell the story of of a brutal series of murders in Gotham City, centered around the holidays. Batman sets out to discover who is behind these heinous crimes, with the help of James Gordon and Harvey Dent. However, when this killer takes on the infamous Falcone crime family, Dent ends up in the middle. Can Batman save Harvey Dent and the city of Gotham? 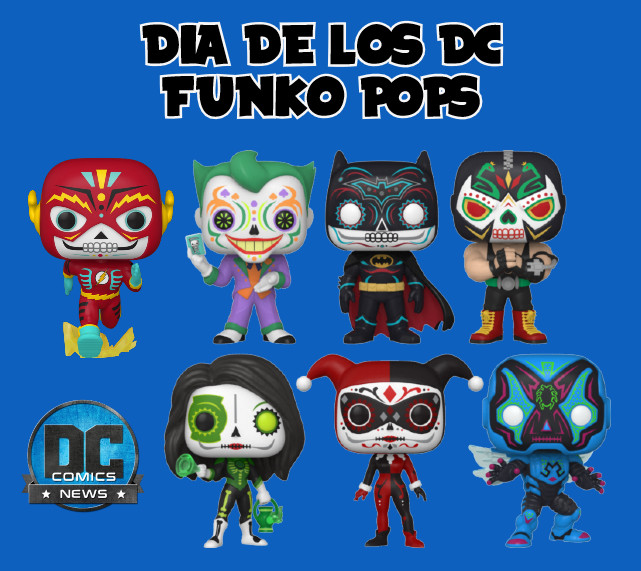 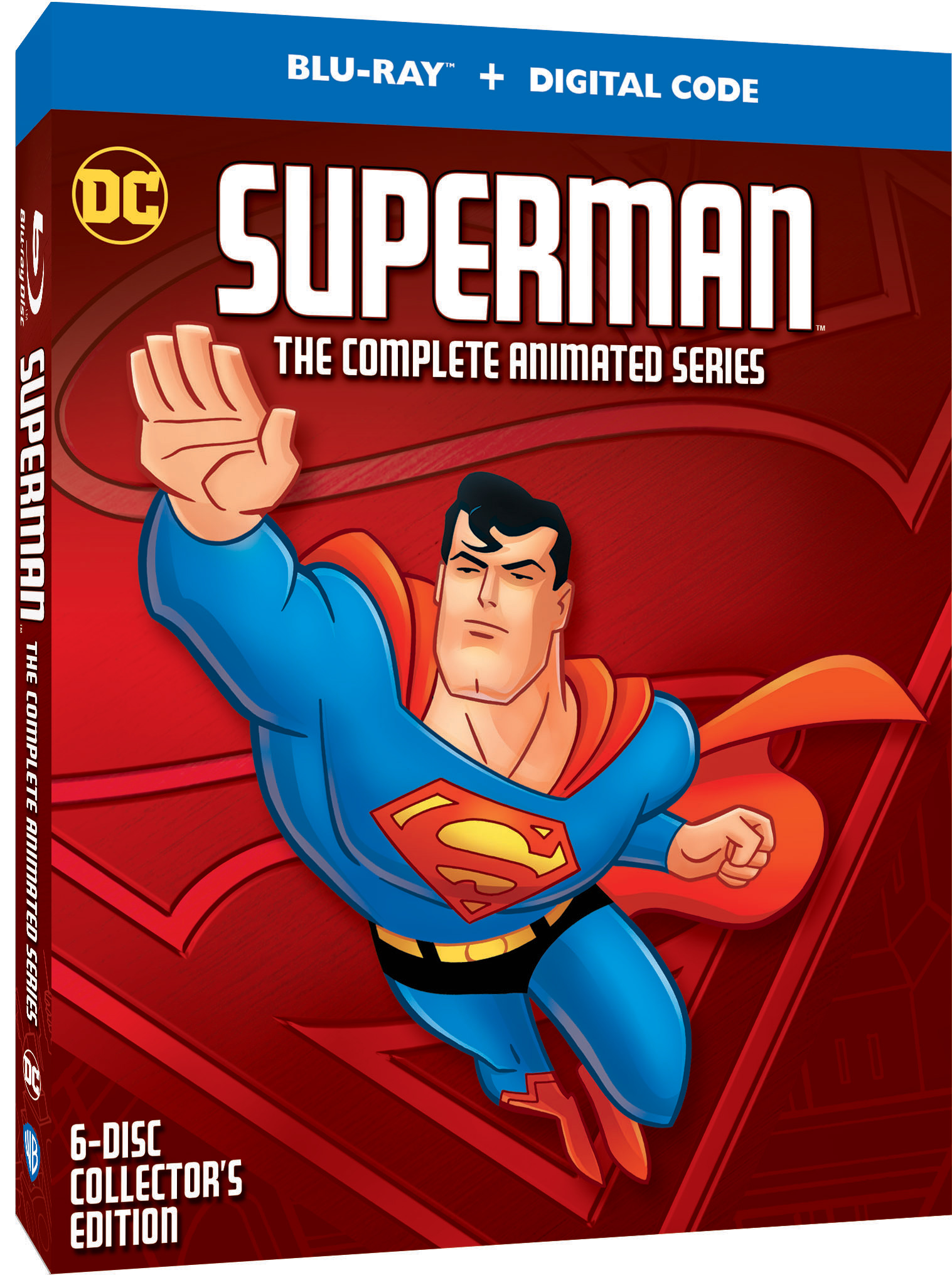 All 54 episodes have been remastered from the original 35mm Interpositive sources, giving special attention to extensive color correction, dirt and scratch clean up, and adding a grain reduction pass to create a pristine picture, all while making sure not to affect the original lines in the artwork of the animation. The audio was retransferred from the original audio masters, and the series is presented in its original aspect ratio (4×3). 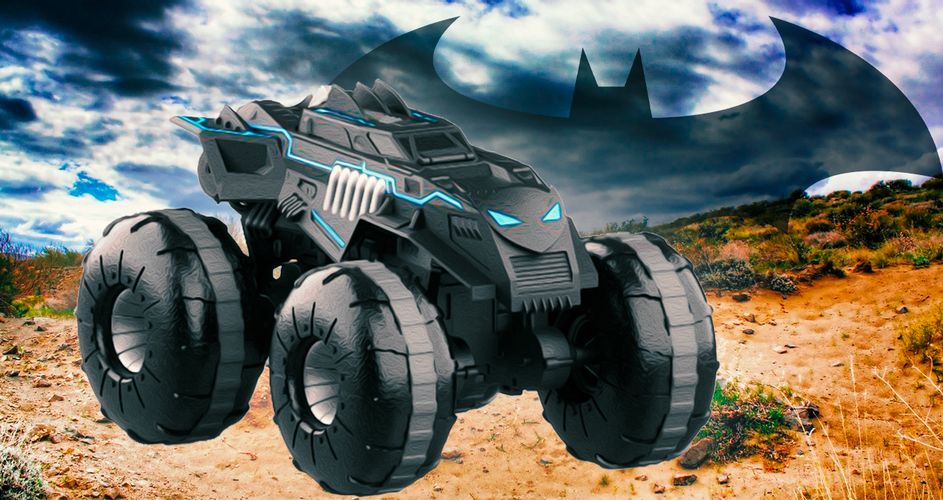 The high-tech, All-Terrain RC Batmobile is ready to conquer any terrain that comes your way. Mud, grass, snow, and even water are no match for Batman with this Batmobile! Just load a Batman figure into the driver’s seat and get ready for some serious fun! 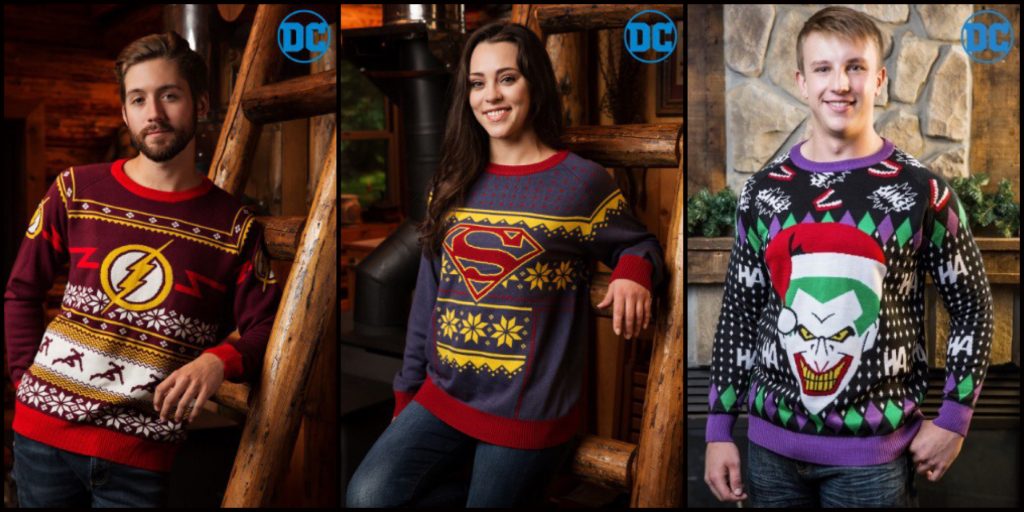 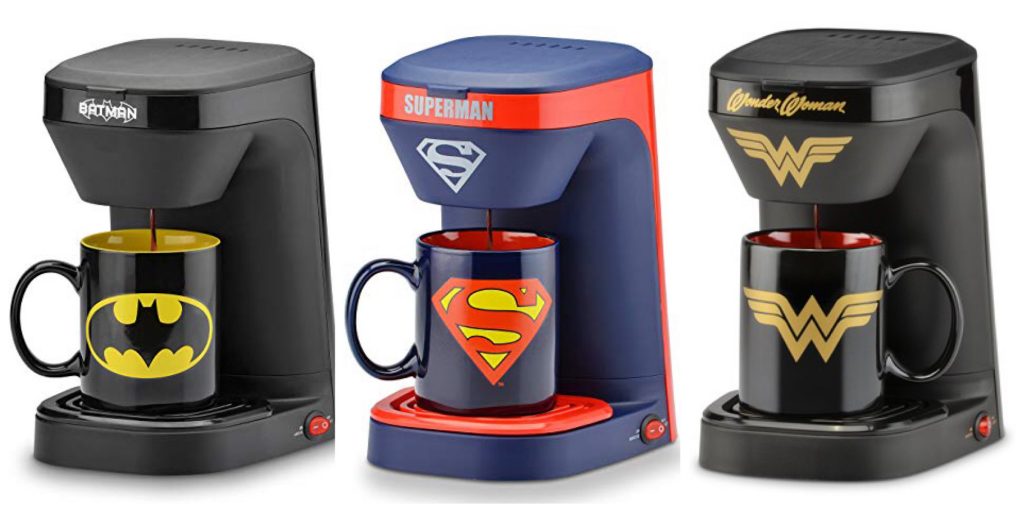 Start your morning the superhero way with a cup o’ joe from one of these single serve coffee makers inspired by the DC Comics Trinity – Superman, Batman, and Wonderful Woman!  Each one is full of features, like an illuminated power switch, removable drop trap, and flip-top lid. 12 ounce matching ceramic mug and permanent filter included. 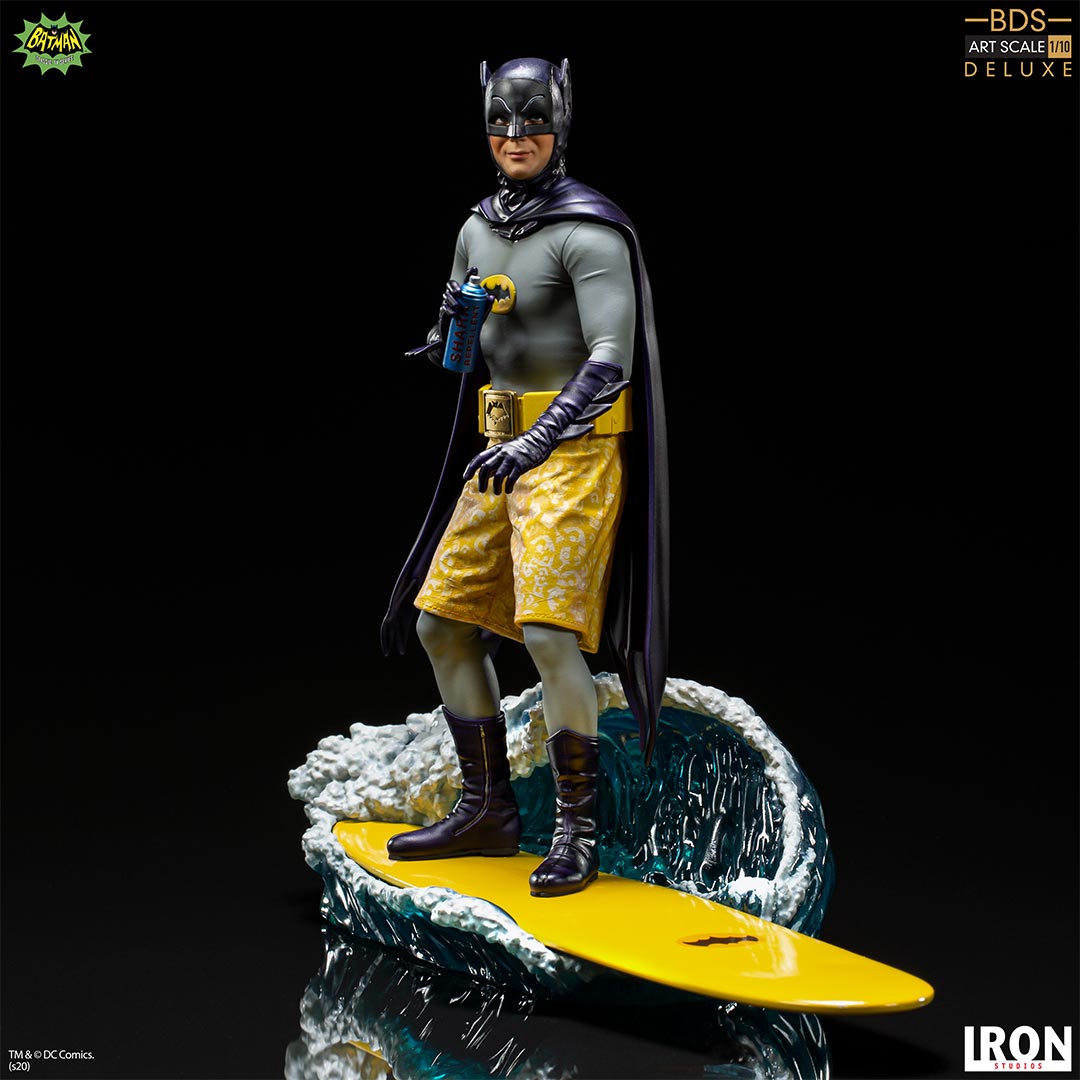 Batman and Joker compete in a “Surf” match where the “Crusader Crusader” even uses his Shark Repellent to save the day, but loses points because of his heroic attitude. A simple and funny scene that became one of the most memorable moments of the classic 1966 Batman TV series.

Played by Adam West (Batman), now immortalized by Iron Studios in this statue, with the hero duly equipped with his Shark Bat-Repellent, properly dressed with his yellow and printed Hawaiian shorts, sliding on his personalized board on translucent waves. The iconic scene is derived from the episode “Surf’s Up! Joker’s Under!” The 10th in the third season of the series.

Iron Studios presents Batman Deluxe BDS Art Scale 1/10 Statue from Batman ’66. Our hand-painted collectible statues and toys are the best gift for yourself or loved ones. Grow your collection with this DC Comics Collectible Statue! 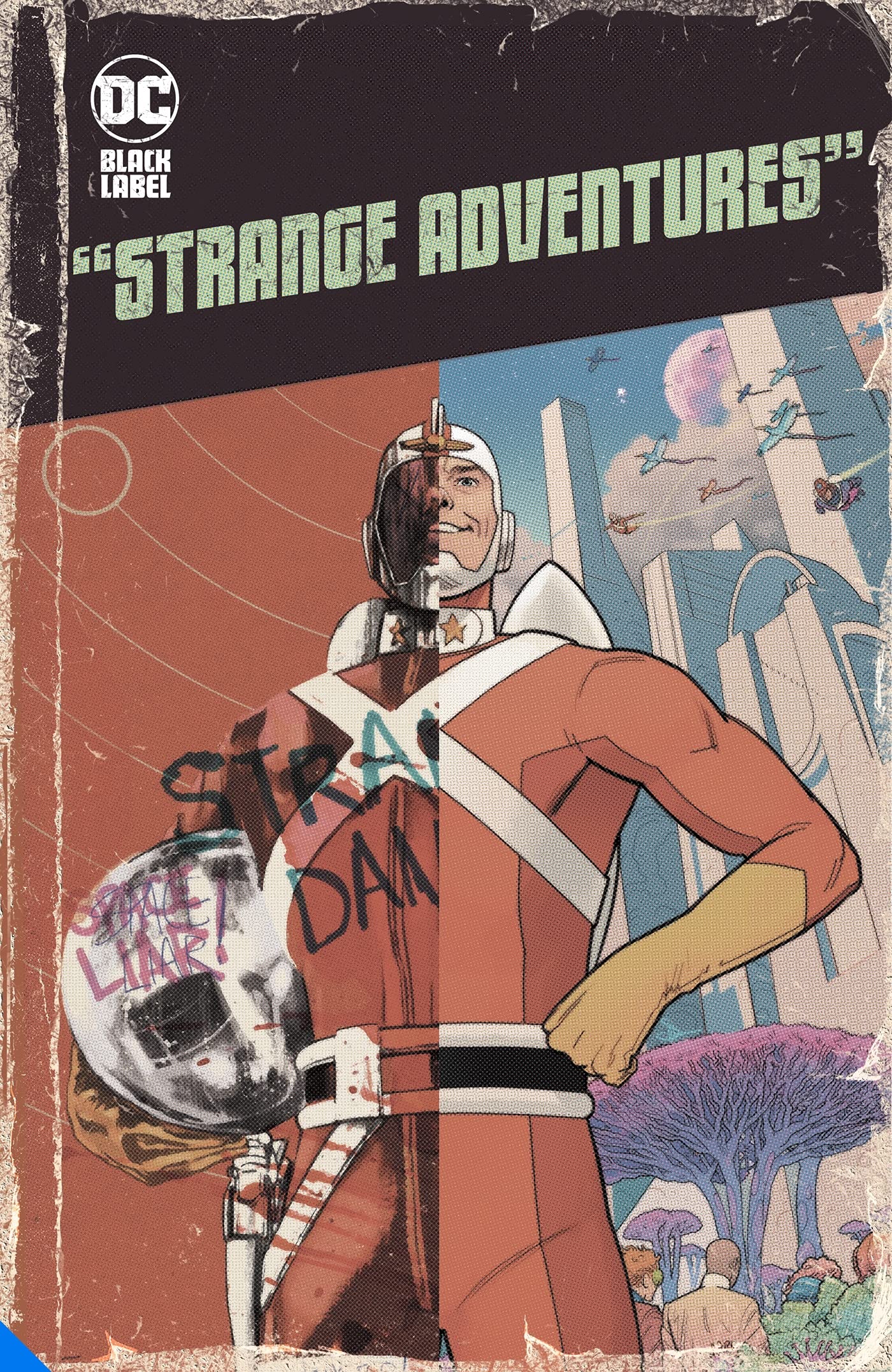 This new science fiction epic written by bestselling author Tom King reinvents one of DC’s classic adventure characters, Adam Strange. Born on Earth and hero of the distant planet Rann, Adam Strange is famous throughout the galaxy for his bravery and honor. After leading his adopted home to victory in a great planetary war, Adam and his wife, Alanna, retire to Earth, where they are greeted with cheers, awards, and parades. But not all is as it seems, as the decisions Adam made during battles on Rann come back to haunt his family. It will take an investigation by one of the most brilliant heroes in the DC Universe, Mr. Terrific, to uncover the truth and reveal whether Adam Strange is a hero or a disgrace.

The Mister Miracle team of writer Tom King and artist Mitch Gerads are joined by fan-favorite artist Evan “Doc” Shaner to bring you an epic tale in the tradition of Watchmen, The Dark Knight Returns, and DC: The New Frontier–a story of blood, war, and love that readers will be talking about for years to come.

The Joker: A Diabolical Party Game 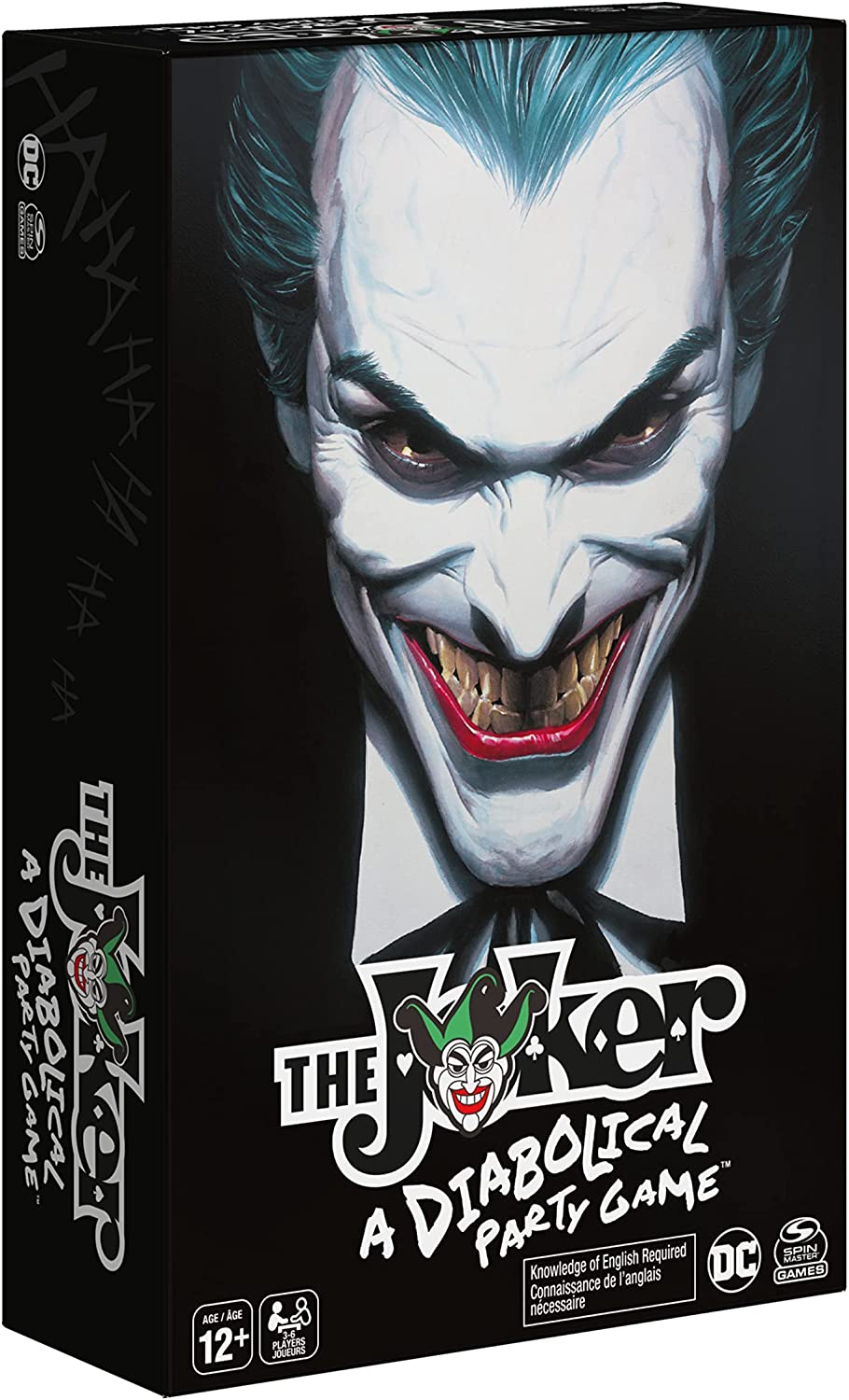 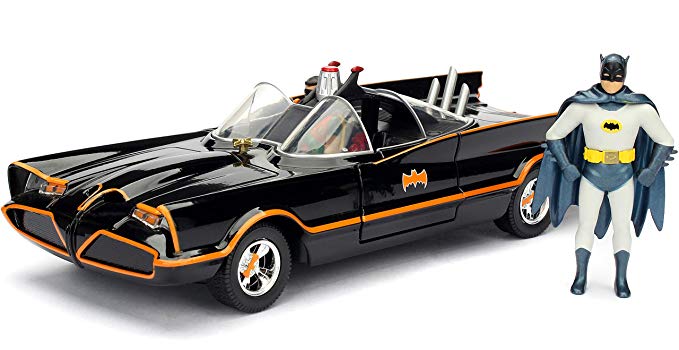 1:24 scale diecast model car of the 1966 Classic TV Series Batmobile with Diecast Batman and Plastic Robin sitting inside the car. 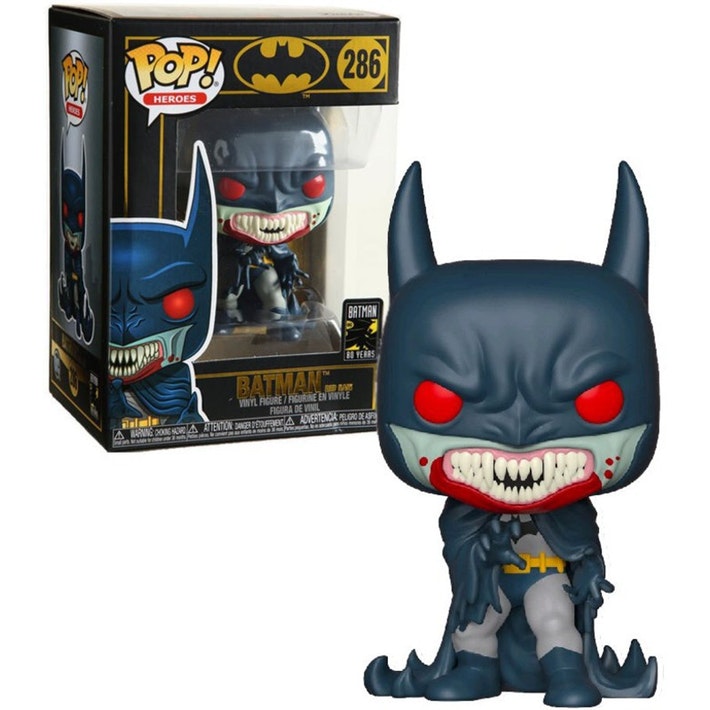 Part of the Funko POP! Heroes: Batman 80th line, I present to you the Batman: Red Rain vinyl figure.  Inspired by the 1991 book, Batman & Dracula: Red Rain, this figure gives you a glimpse at what a vampiric Batman would look like… and it’s terrifying!  A must-have for any Batman fan! 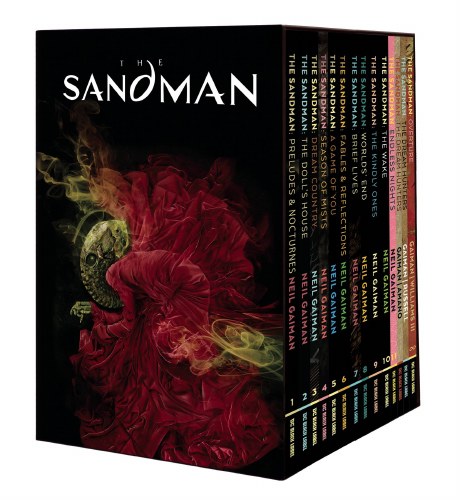 The Sandman stands as one of the most beloved comic book series of all time, and now Neil Gaimans masterpiece is collected in a newly expanded 14-volume box set! This collection includes trade paperback editions of The Sandman volumes 1-10, collecting the original 75 issues of the seminal series and more, along with the prequel The Sandman: Overture, illustrated by J.H. Williams III; The Sandman: Dream Hunters (both the prose story illustrated by Yoshitaka Amano and the comics adaptation illustrated by P. Craig Russell); and The Sandman: Endless Nights, featuring seven short stories starring the Endless.

And there you have it folks, the DC Comics New Holiday Gift Guide 2021!  I hope you found something awesome in this list for your loved ones, or maybe just for yourself!  Happy Holidays!!