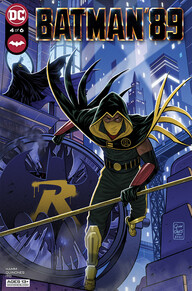 “What are you gawking at……Pretty Boy?” – Harvey Dent to his reflection in the mirror

Batman ’89 #4– Step back into the Gotham of Tim Burton’s seminal classic Batman movies! Batman ’89 brings in screenwriter Sam Hamm (Batman, Batman Returns) and artist Joe Quinones (Dial H for Hero) to pull on a number of threads left dangling by the prolific director.

Someone’s hot on Bruce Wayne’s heels, out to prove his connection to Batman once and for all! Meanwhile, Harvey Dent plans his next steps for Gotham with just the simple flip of a coin. What does he have in store for Gotham, and can Batman twist probability in his favor?

Issue #4 of this six-issue special doesn’t disappoint as you can almost hear Billy Dee Williams’ voice as Sam Hamm writes a great script and Joe Quinones takes the baton from Tim Burton’s Batman films and raises it to new levels.  Dent is coming to terms with his current condition, and the mental imbalance is proving to be too much for his fiance Barbara Gordon.

Billy Dee Williams (I know he is not the one writing this…  but this six-issue homage to what could have been) as Two-Face is simply great and Sam Hamm and  Joe Quinones have struck pure comic gold in these pages.

Add to this story a very clumsy like portrayal of Batman and his infatuation with Catwoman, and you have an interesting continuation of the Tim Burton landscape of Batman. 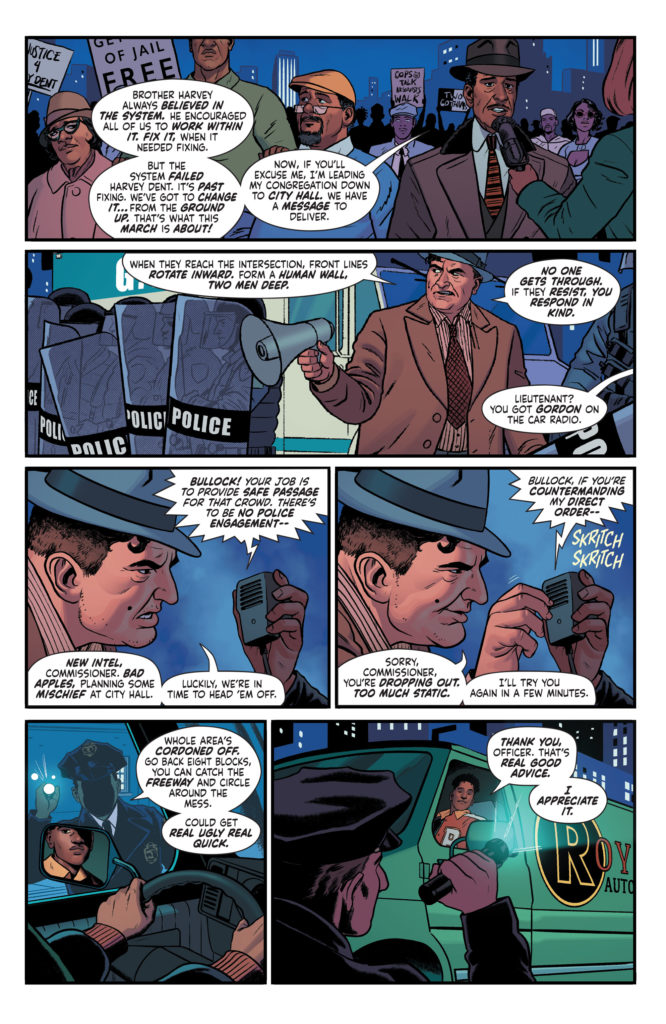 I love the perspective on race relations and how Jim Gordon is constantly vigilant on what is right and wrong.  All along, he is the moral thermometer of Gotham and this comic captures that perfectly in his handling of a march that should take place in Gotham.

While this book takes place in 1989, it touches on issues that we face in 2021.  Race relations, equity, representation…all underlying themes and all pertinent.  Kudos to Sam Hamm for weaving those in and making it a necessary part of the tapestry that portrays this incarnation of Harvey Dent. 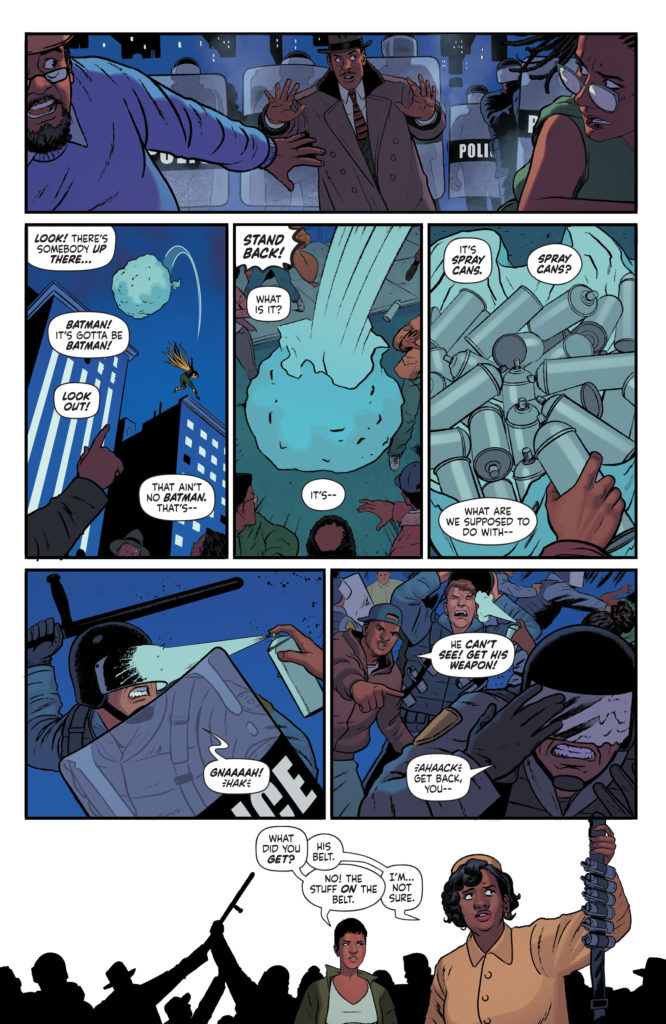 An African-American Robin… so needed..so necessary… and so natural given the landscape of this book.  Sigh, what I wouldn’t give to have this film made now, but the actors have aged and the fluidity of movements simply would not be there.  However, this book has been a home run for both visiting the 1989 classic film, but also updating it in ways we craved. 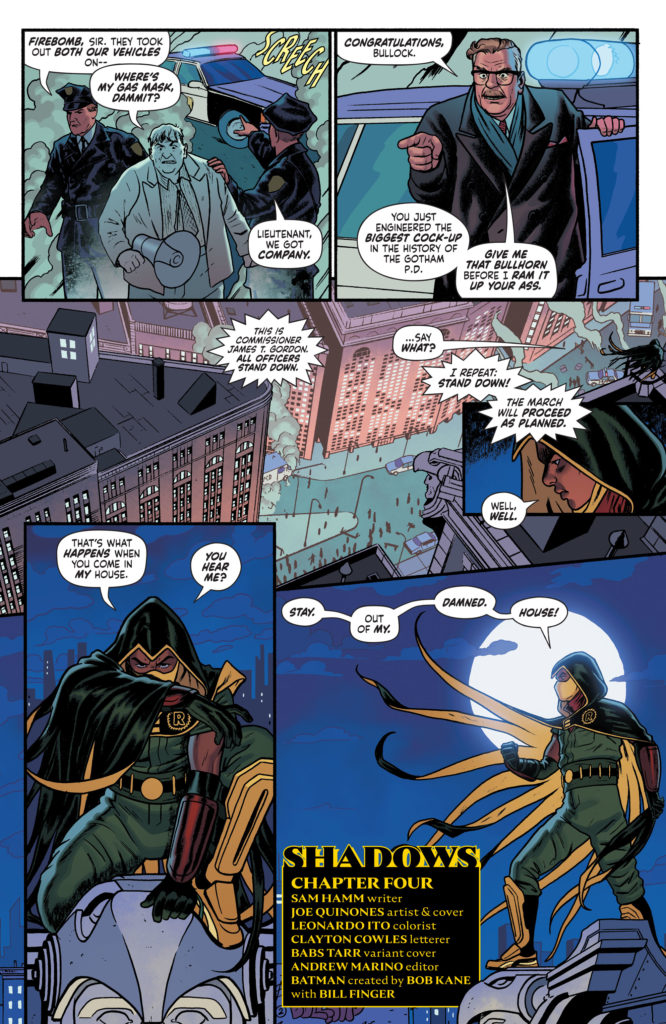 Is there more landscape to explore in this new/old cinematic Batman landscape?  It feels like there is as some of the themes resonate from 1989 to 2021.  Do I want to see more…yes?  The only negative is the cover numbers…they are ticking down…4 of 6.  Sigh.

I already want the remaining issues!  Sam Hamm and  Joe Quinones hit all the right notes.  Clayton Cowles letters like the pro he is and Leonardo Ito splashes that 80’s vibe across the pages that we so wanted!  You are drinking in Catwoman making her appearances and in this issue…it’s rare to see Batman.  That’s the uniqueness of this storytelling.  The cinema hid Batman until specific parts of the movie.  Quinones and company do the very same thing and it works!