Batman #119: “Abyss” part two! For years Batman used the darkness as a weapon, but now a new enemy turns that darkness against him! Batman must team with Batman Inc.’s mysterious new benefactor to bring the deadly Abyss into the light!

In Batman #119, the Dark Knight has departed Gotham to investigate a murder apparently committed by members of Batman Inc. Supposedly, they have killed a villain named Abyss. But is the villain actually dead? When Batman examines the body, he finds himself surrounded by a darkness that his technology can’t penetrate. And in this darkness, the villain attacks.

The story begins with a flashback to a much earlier exchange between Bruce and Alfred. We hear Alfred saying, “A bat…?”, presumably just after Bruce has announced his classic line “I shall become a bat!” to him. But Alfred gives Bruce a warning: “just as you will find enemies that also call the darkness home, you will also find… there are enemies who hide in the light as well…”.

This serves as a very apt introduction to the story’s other antagonist, Lex Luthor. It turns out that with Bruce Wayne no longer funding Batman Inc., Luthor has stepped in to do so in his place. Lex tells the local police detective that he and Batman are “old friends”. These words are illustrated with a single-panel montage that shows that Batman and Luthor have been enemies, allies, and even teammates, but they have never been friends.

I have been wondering if, in the Infinite Frontier era, Lex still knows that Batman is Bruce Wayne. This story leaves no doubt that Lex does know. This is shown in the dinner that Bruce and Lex have later in the story. Lex makes an offer to fund Batman’s war on crime, but Bruce realizes that would put him under Lex’s control, which is an intolerable situation. 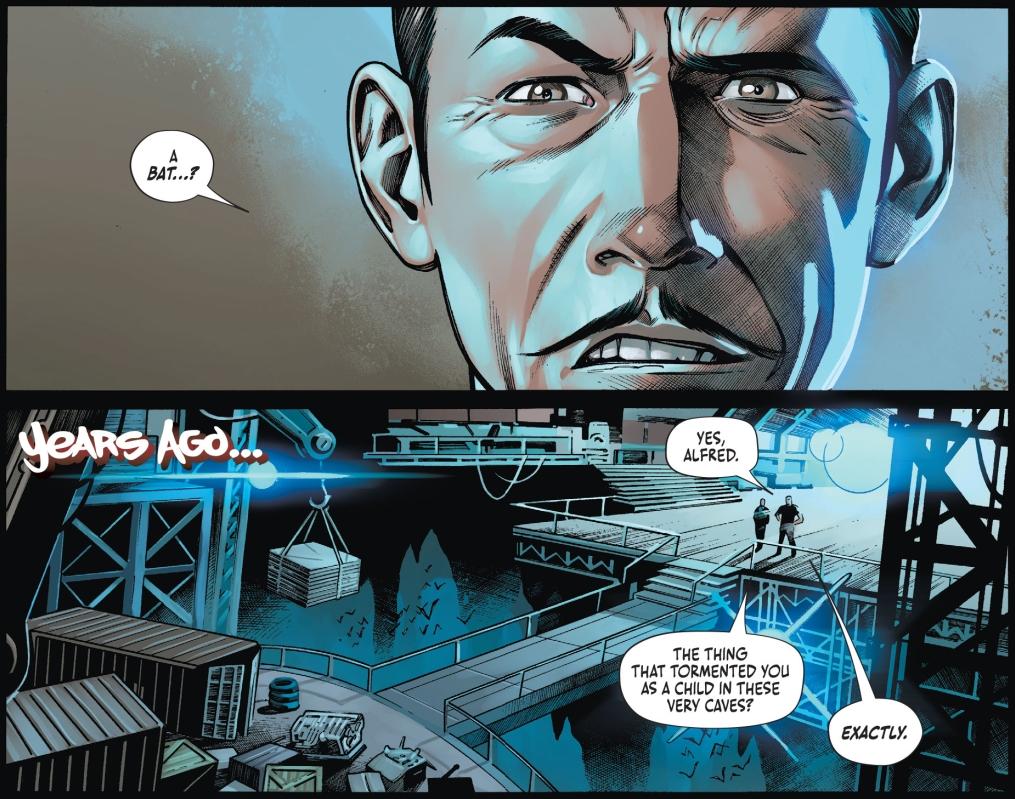 Williamson gives us a telling glimpse into Lex’s character by showing us that Lex has bought a rare $20,000,000 bottle of wine for the dinner. Lex pours out two glasses, then dumps the rest on the ground. Lex only sees himself and Bruce as being worthy of the extravagant expense.

It’s well known that Lex’s main problem with Superman lies in the fact that Superman is an alien. But Bruce is fully human and is very much like Lex in several ways. I think on some level Lex feels a kinship with Batman. However, Lex is lacking Bruce’s altruism, which Lex sees as a fault, and the villain believes that this makes him better than Bruce.

The story ends with Batman being left blind by Abyss, which presents Bruce with an extremely difficult challenge. As the next issue blurb states, “Next: The blind Bat must free Batman Inc.”. Blindness seems an especially fitting challenge to set for a hero with a bat-motif. But I’m sure that Batman will rise to the challenge in the coming issues.

There is also a backup story featuring Mia “Maps” Mizoguchi. Maps is one of my favorite characters from the defunct title Gotham City Academy. So, I was quite pleased to see her return. Hopefully, this story is DC testing the waters for a revival of that title. 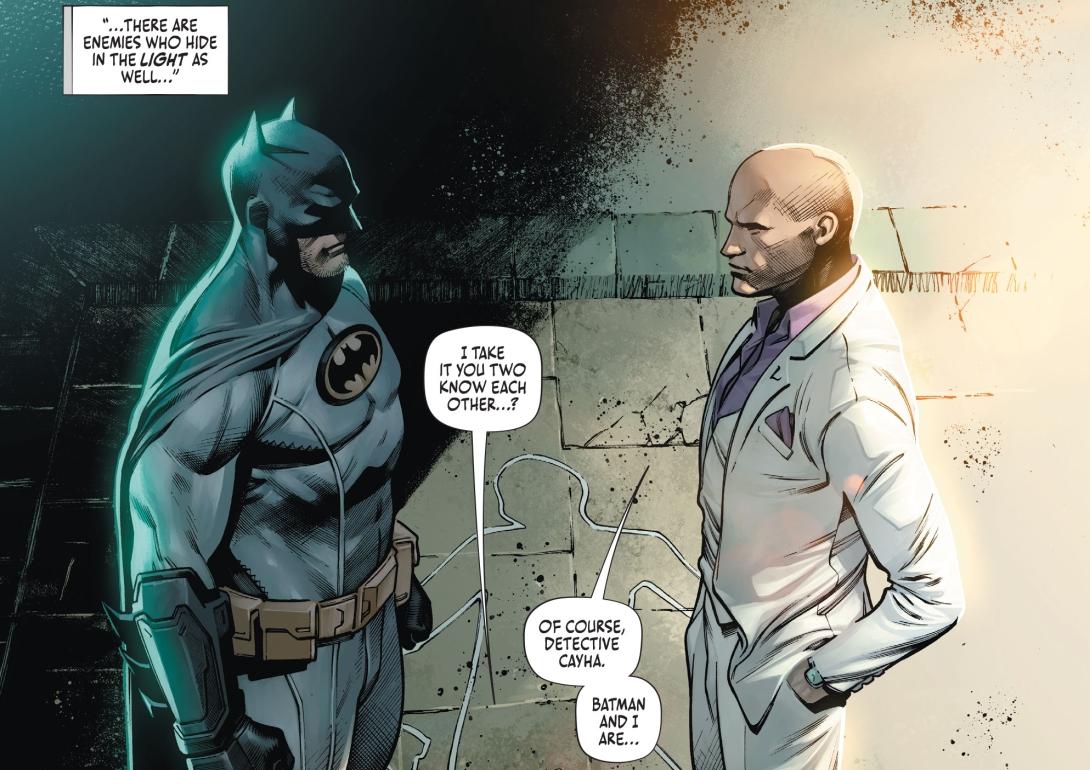 Maps is worried about a classmate that has recently gone missing. She suspects that Lindsay’s disappearance might be connected to reports of human body parts washing up on the shores of the Gotham River. She decides to investigate her friend’s disappearance, donning a Robin costume to do so. But she’s not the only one looking into the case.

At a party thrown by her parents, she tells Bruce Wayne about her concerns, piquing his interest. So, it’s unsurprising that she runs into the Dark Knight when she breaks into Lindsay’s home. Thus begins an unlikely team-up between the two. Even though Maps isn’t officially a Robin, she sort of is for this one story anyway, which is a real treat.

One thing that I noticed about both stories is the artists’ choice of Batsuit. The main story has Batman in his Batman Inc. uniform, which is appropriate considering that the story concerns Batman Inc. In the backup story, Bruce is wearing the classic Bronze Age Batsuit, which implies that it’s set in the past. Given that Maps appears the same age as in Gotham Academy, it’s probably not too long ago, but probably at least before the Joker War and Fear State storylines.

I have no complaints regarding either of the two stories in this issue, as they’re both well-written and beautifully drawn.

While I much enjoyed King’s and Tynion’s Batman runs, I am finding Williamson’s story to be a refreshing change of pace. After Williamson’s epic Flash run, I have high expectations for his Batman run. So far, he’s not disappointing, as I’m totally enamored with Kerschl’s backup story with Maps.

Batman #119 has been an utter delight all-around.