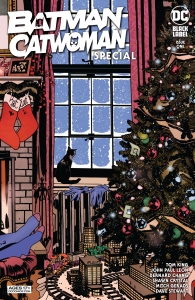 Batman/Catwoman Special #1: Some great romances are destined to be. The Batman/Catwoman series shows readers the romance between Bruce Wayne and Selina Kyle as it changed over their lives, but what about their connections from before they became costumed adventurers? This special one-off issue, meticulously illustrated by John Paul Leon (Batman: Creature of the Night), traces the life of Selina Kyle from her earliest days to her entry into the criminal underworld, and reveals that Bruce was actually a presence in her life all along. Whether it was fate or coincidence, this story gives even more reasons why Selina and Bruce’s connection is one of the most enduring love affairs in comics.

During Tom King’s run on Batman, the annuals contained some of the best stories – and foremost among these was Batman Annual #2. That story featured vignettes from Bruce and Selina’s romance from its early days up to the night of Bruce’s death. The Batman/Catwoman Special #1 is much in the same vein as that story, and is bit as good as that story.

The special contains a number of similar vignettes from many of the Christmases of Selina’s life, from her very first Christmas to her very last – literally. The story begins with baby Selina being rescued from a dumpster up to her death in a similar (or perhaps the same) alley.

There are a lot of neat symmetries like that in the story. For example, we see a very young Selina viewing the family portrait of Bruce and his parents in the Wayne Home for  Orphaned Children. And near the end, we see her in the rechristened Selina Wayne Home for Orphaned Children. And that portrait has been replaced with one of her, Bruce, and their daughter Helena.

We also see more of Helena’s upbringing than we have previously. For as much as King’s shown us of Bruce and Selina’s life together, we haven’t seen much of them as parents. It’s fascinating to see how Helena’s upbringing was both wholesome and extraordinary in equal measure. And I loved the sequence where a five year old Helena receives a sword from her father for Christmas. Her cry of “I am Wonder Woman!!!” is priceless. 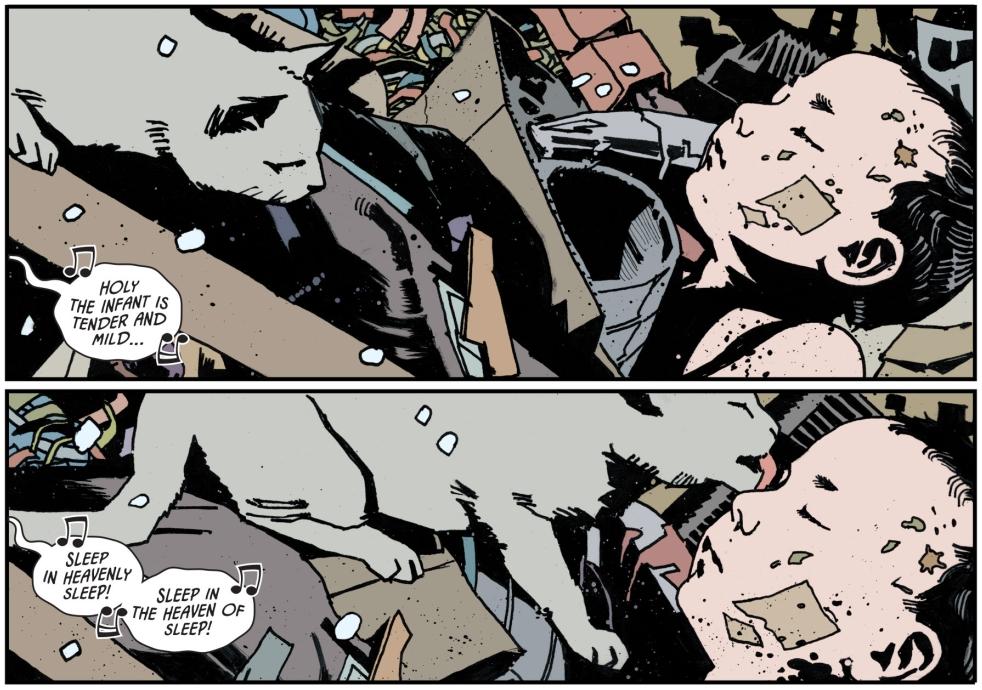 There is also an interesting illumination of the differences between Bruce and Selina. The portrait shows the important place Bruce’s parents and their loss play in his life. But Selina never knew her parents. And when Helena wonders about them, stating, “I bet Daddy could find out. He’s the greatest detective in the world”. Selina answers, “I bet he could too. I never asked him”.

This reveals how little importance Selina ascribes to her parents. She neither knows or cares who they are. It also makes me wonder if Bruce ever did look into the matter without telling her. It’s probable that he wouldn’t have been unable to resist looking into the matter. And if he did so, did he ever tell her who they were?

The story’s original artist, John Paul Leon, unfortunately passed away before completing his work on it. Bernard Chang and Shawn Crystal did a great job of finishing some of the pages from his breakdowns, while Mitch Gerads did an equally fine job on the final half of the story that Leon hadn’t gotten to. They managed to complete the job, making it mesh well with the pages Leon had completed.

The issue is as much a tribute to John Paul Leon as it is a celebration of Batman and Catwoman’s romance. Along with King’s story, there are two previously unpublished stories featuring Leon’s artwork. One is a Batman: Black and White story written by Walter Simonson. The other one is a Question story by Ram V. We also get a look at Leon’s breakdowns for the main story’s first 20 pages. And there are also several pin-ups pictures that feature Batman or Catwoman or serve as tributes to Leon.

This special really shows how beloved Leon was loved by his colleagues in the comics industry. The tragedy of Leon’s death reflects the tragic elements of the main story, but the outpouring of love for him also reflects the love that is the core of the story. Despite the tragedy, this book is a celebration of love – in story and in real life.

On first reading, the pin-up of Static by Denys Cowan and Chris Sotomayor struck me as a bit odd. It didn’t feature Batman or Catwoman, and I didn’t see how it was a tribute to John Paul Leon either. However, once I read Michael Davis’ written tribute to Leon, I understood the connection between Static and Leon. I recommend that readers don’t skip or skim through these tributes, but give them a full reading. It will give you a better appreciation of these creators’ feelings for Leon. 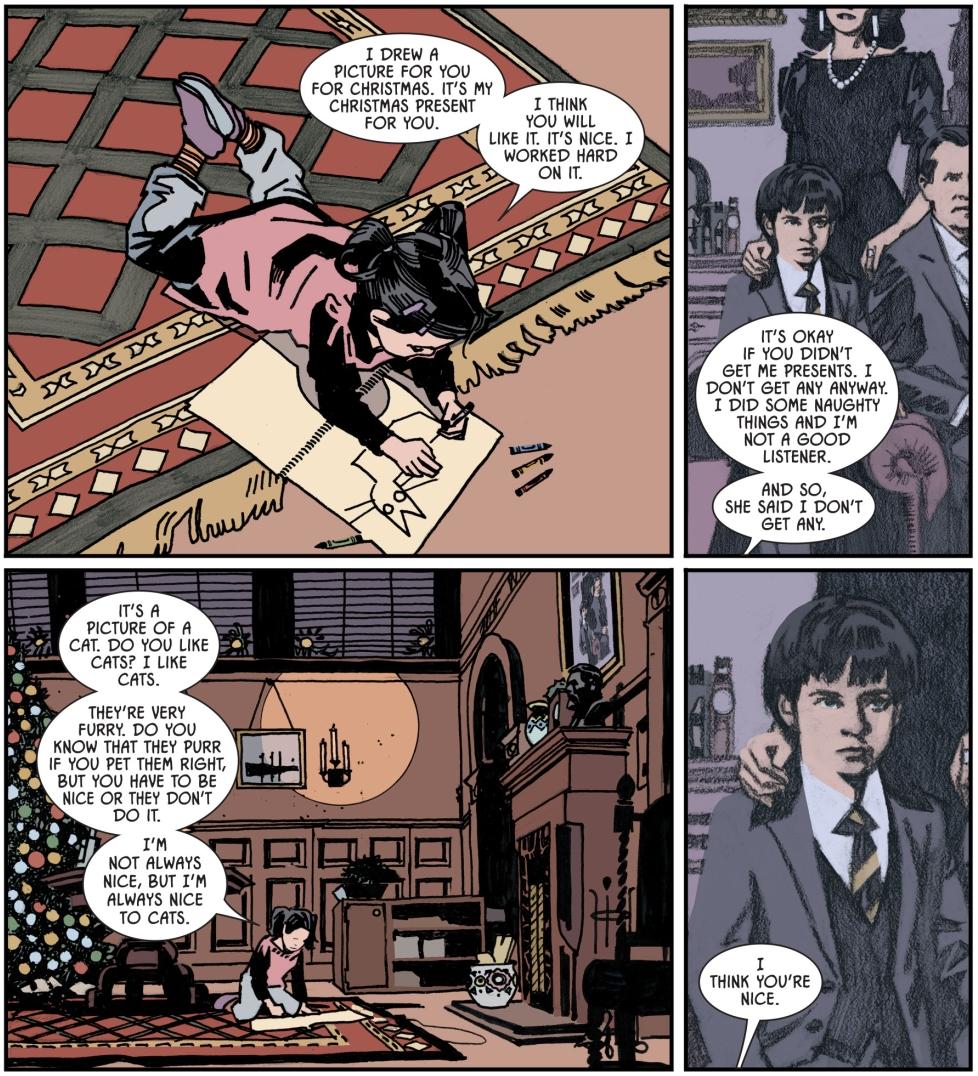 The Batman/Catwoman Special #1 tugs at the heartstrings because of King’s touching story, as well as the tragic story behind the scenes. It’s not often that a creator gets such a loving tribute upon their passing, but it’s lovely to see it happen this time. Rest in peace, John Paul Leon.