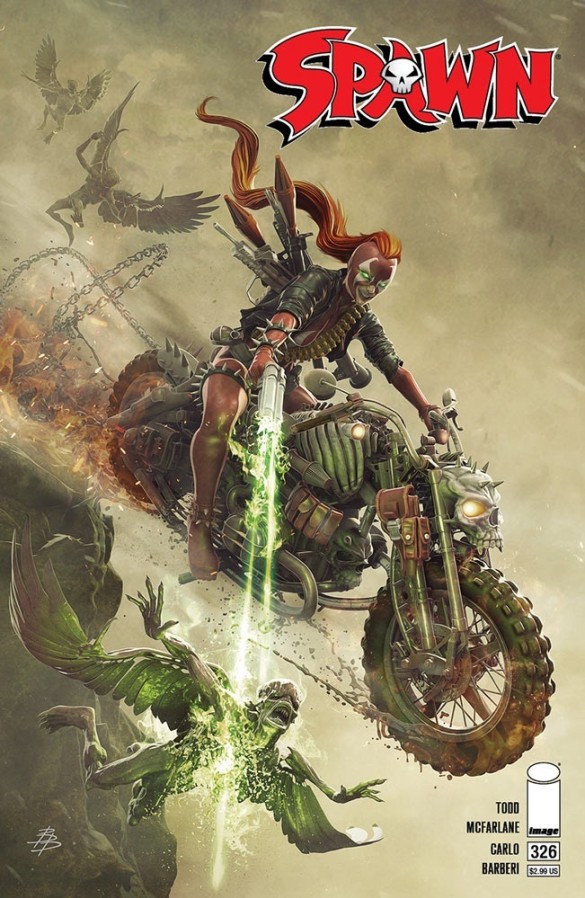 “Cog uses everyone until they’re no longer useful then eliminates them.  I’m better he didn’t tell you that part! –  Spawn

Spawn #326 – Finally Haunt…one of Todd McFarlane’s most enigmatic creatures enters the fray as Spawn continues to build his army to confront Heaven and Hell.  Thank goodness Al Simmons has a thread of connection between Haunt’s two brother personas. The hunt for Coligstro continues as Spawn recognizes that Cog is the missing “cog” to how his war will end!

Carlo Barberi  and Rory McConville have combined arguably the best McFarlane characters together.  Spawn and Haunt – as a long time McFarlane fan, the only thing that could get any better would be if Spawn, Haunt and Spiderman would meet in New York City…but I digress. Haunt provides another richness to Al Simmons’ history and it also provides Barberi a chance to flex his drawing skills on this unorthodox brother duo (one dead, one alive, and a meter ticking fast than Spawn’s).  The expiration date on Haunt is quickly summarized..kudos to McConville seamlessly catching readers up to that character… and we get to see these two join forces looking for Cog! 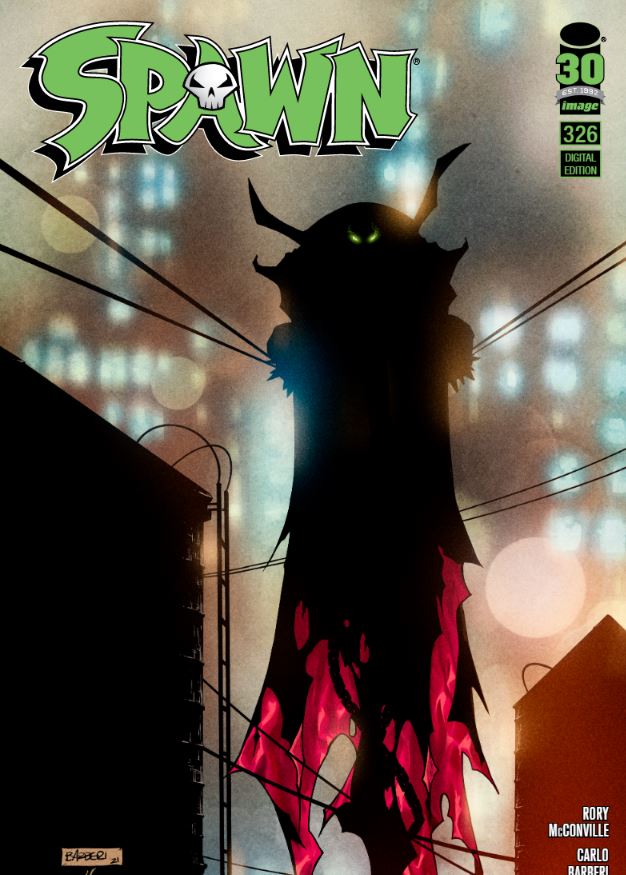 Todd McFarlane does a great job of handing the baton off to McConville in this storyline. I like his letting others play with his toys as we get a bit more poignant dialogue between two major characters. It is rare to have an artist/author that can really work. I want McFarlane fresh with ideas for the long haul… especially with new Spawn universe books released almost every week! That being said, McConville has some richer dialogue in his conversations between characters. Finally, The exchange between Cy-Gor and Haunt… that’s pretty priceless! 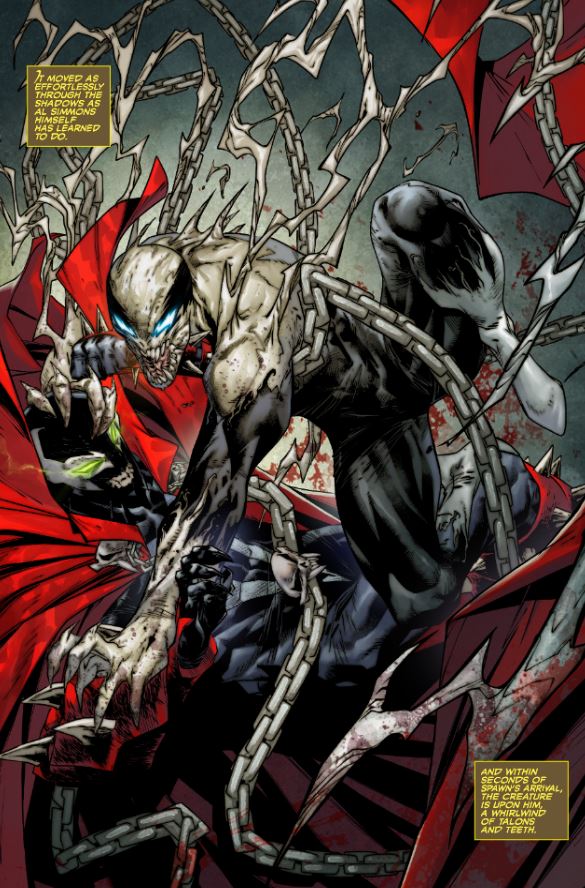 Each issue of Spawn sets a new World Record for independent comics. That’s history every time you buy an issue!  You would do yourself a favor if you checked out The Official Image Timeline (One-Shot). Just in time to celebrate Image Comics’ 30th anniversary, Image archivist and co-founder JIM VALENTINO details the company’s history (warts and all) in the single most comprehensive chronology of the company ever published. Featuring rarely seen covers, photos, milestones, and behind-the-scenes events from the company’s Marvel-ous beginnings to the present, this is the chronicle all future histories will be judged against 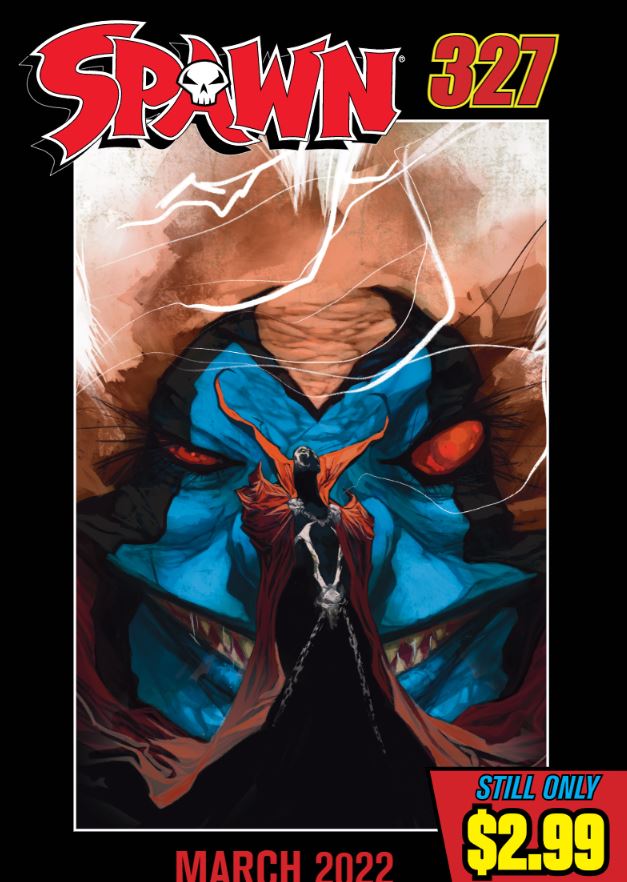 I am pretty unwavering in my commentary on Spawn as McFarlane has built the Spawn Universe into a solid cast of characters.  This is the patriarch book and I am always beholding to it.  I like the addition of Rory McConville who is true to all characters in his scripts.  What’s not to like!

Spawn #326 –  McFarlane allows McConville to play with all of his toyline…his characters… the landscapes… it’s all here and it continues to get better!  Do yourself a favor and if you are not a Spawn fan, completely catch up.  However, a better and shorter task would be to check out Haunt.  You’ll be glad you did! On a personal note…this is my 500th review for DC Comics News.  In my short time with this website, I am proud that my 500th review is Spawn as a student in 1992 told me in my class that I needed to check out Todd McFarlane’s new character.  The student said ‘I think that this character is going to be big so you might want to find the #1 issue”. Here we are 30 years later…. and yes…I have that #1 issue and more on my library shelf!  You should too!