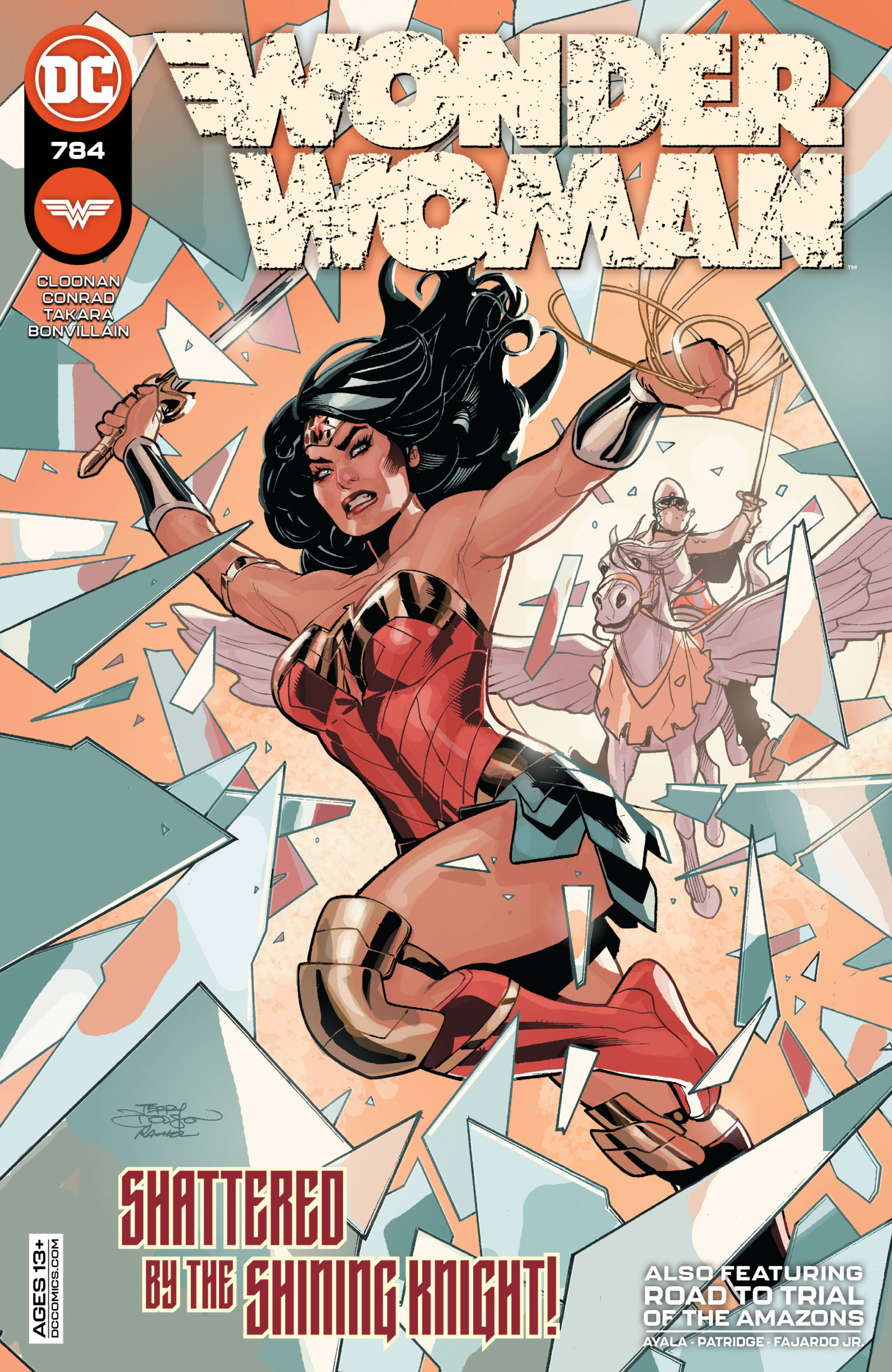 Diana faces off against the Shining Knight and the Master of the Mirror-World!   Plus, Artemis is given a task in secret by Hippolyta and Antiope.

As one might expect, Wonder Woman #784 wraps up one of the plotlines in the final chapter of “Through a Glass Darkly.”  Though Diana and the Knight came to a bit of a truce last time in order to combat the duplicates together, they continue to have some witty banter and interesting dialogue back and forth.  One may or may not expect the unmasking of the Shining Knight to be a momentous event, but I did suggest I figured out who Dr. Psycho was bringing back in issue #782.  There’s obviously going to be a lot to unpack after “Trial of the Amazons” and Diana is able to get back to her regularly scheduled programming. 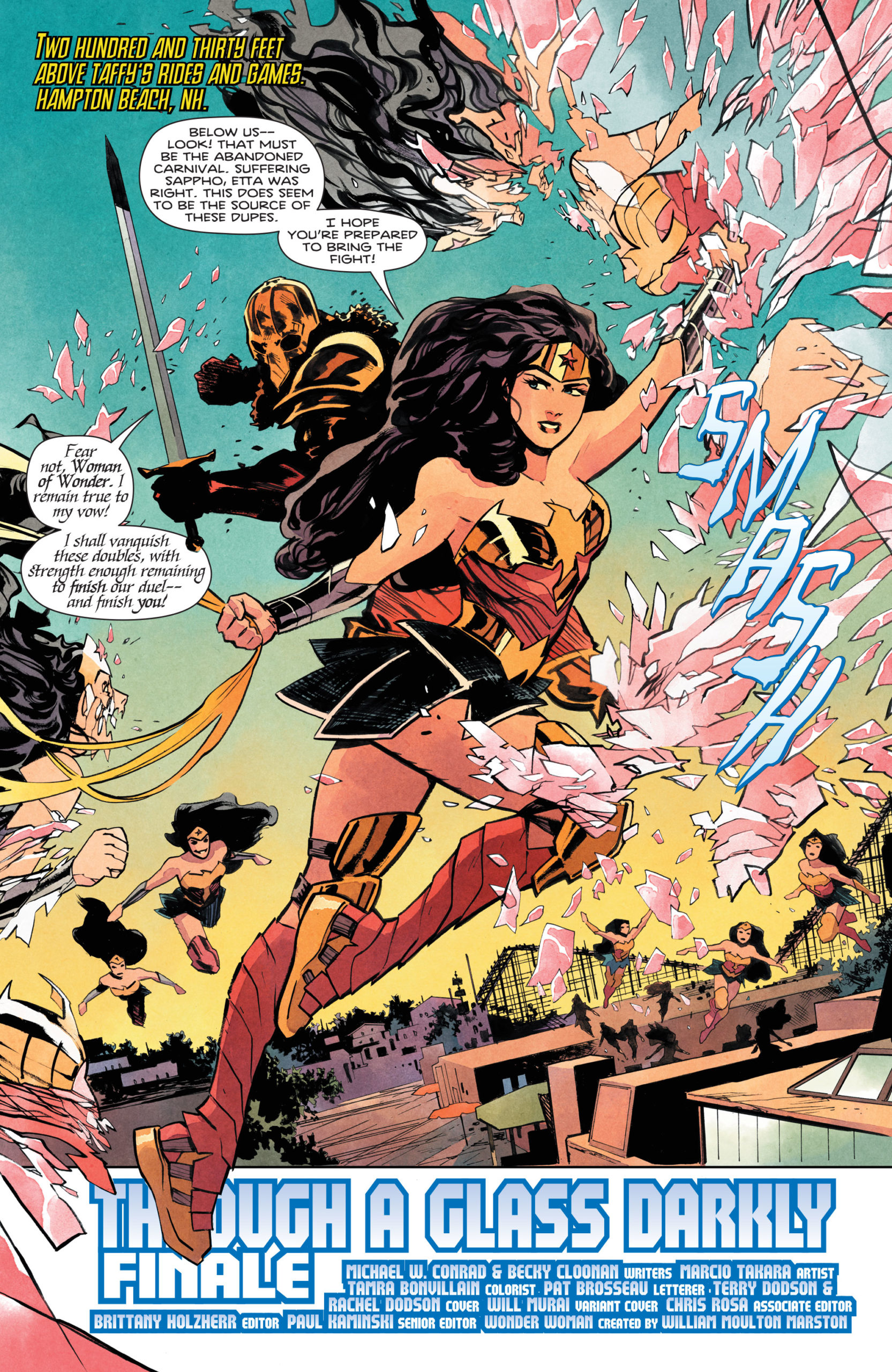 The Master of the Mirror-World presents Diana with an interesting view of things, well two actually and the first one could’ve been or maybe will yet be a massive twist.  It doesn’t seem like he’s right, but it is a plausible interpretation of Diana’s return from the afterworld.  The second one is more of a “For The Man Who Has Everything” theme in a few panels, but does it suggest what Diana’s heart truly desires?  It seems like both these ideas would be interesting to explore further.

Marcio Takara and Tamra Bonvillain do another bang-up job on the visuals, this issue.  As it’s seen in the banter between the Knight and Diana, she’s not really worried about him despite his dire predictions of their duel.  Takara depicts Diana with a lightness that reflects the lack of concern that comes through in not only her facial expressions but the way she carries herself.  Bonvillain gets a myriad of tones to convey with her colors, the mysterious world of the Mirrors and the dark, sinister, tarnished appearance of the Shining Knight. 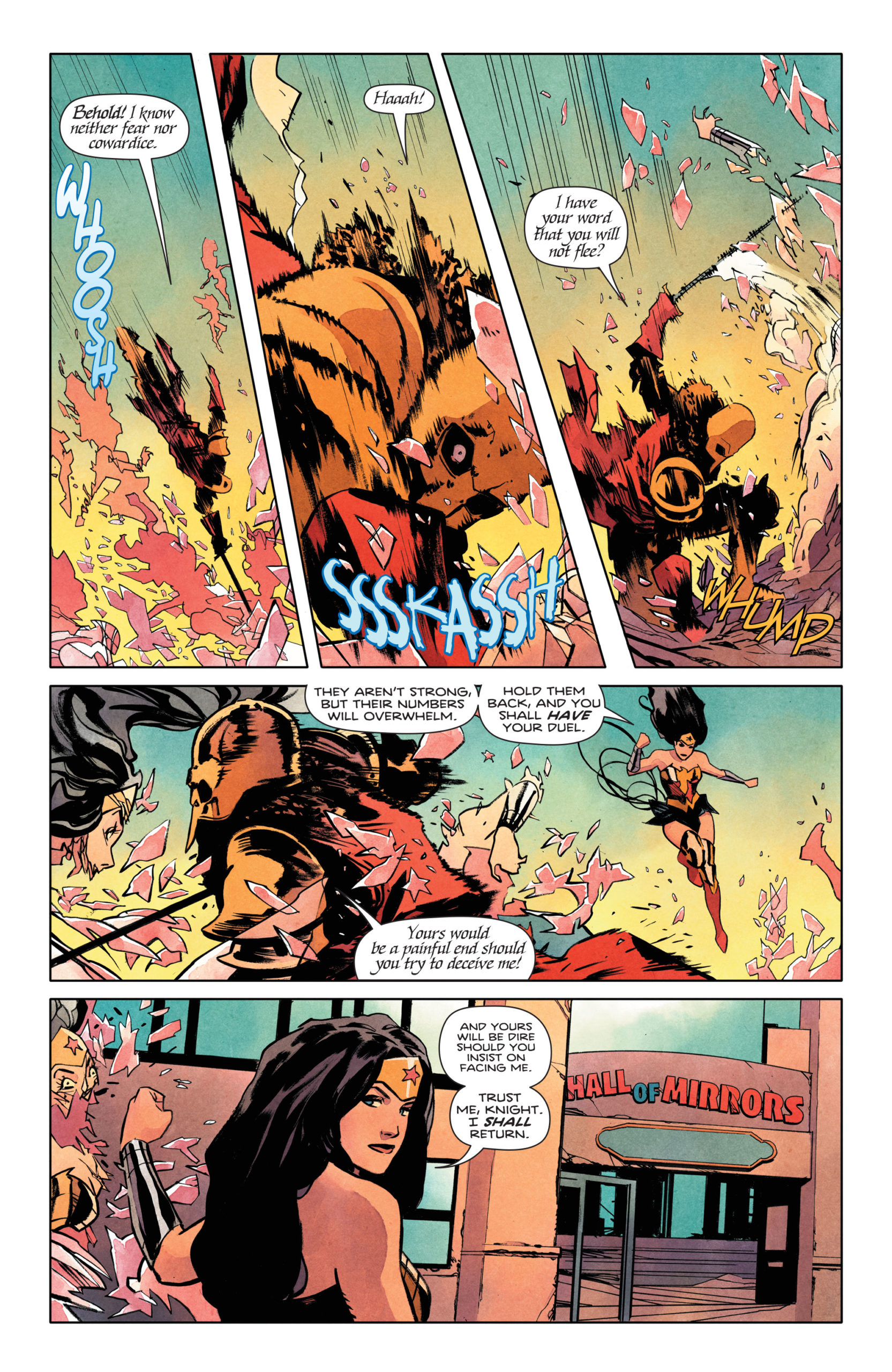 As this issue leads right to “Trial of the Amazons,” both features in Wonder Woman #784 direct the reader that the stories continue in the crossover event.  I’m probably the first one to yell “get off my lawn” at crossover events as I feel they tend to disrupt what’s going on in a character’s normal story arc.  While the second feature in the issue is designed to be a lead-in to the crossover, it’s interesting and commendable that Dr. Psycho’s plot in the main Wonder Woman story also appears to be part of “Trial of the Amazons.”  I’m a bit on the fence about that at this point as I worry that events tend to be more plot-driven and less character-oriented.  Overall, there’s definitely potential in the crossover, but I almost feel like it would be better to keep it under wraps and have it be a sort of surprise continuation of the stories.  I know that’s not how marketing departments work, but it might play better for readers. 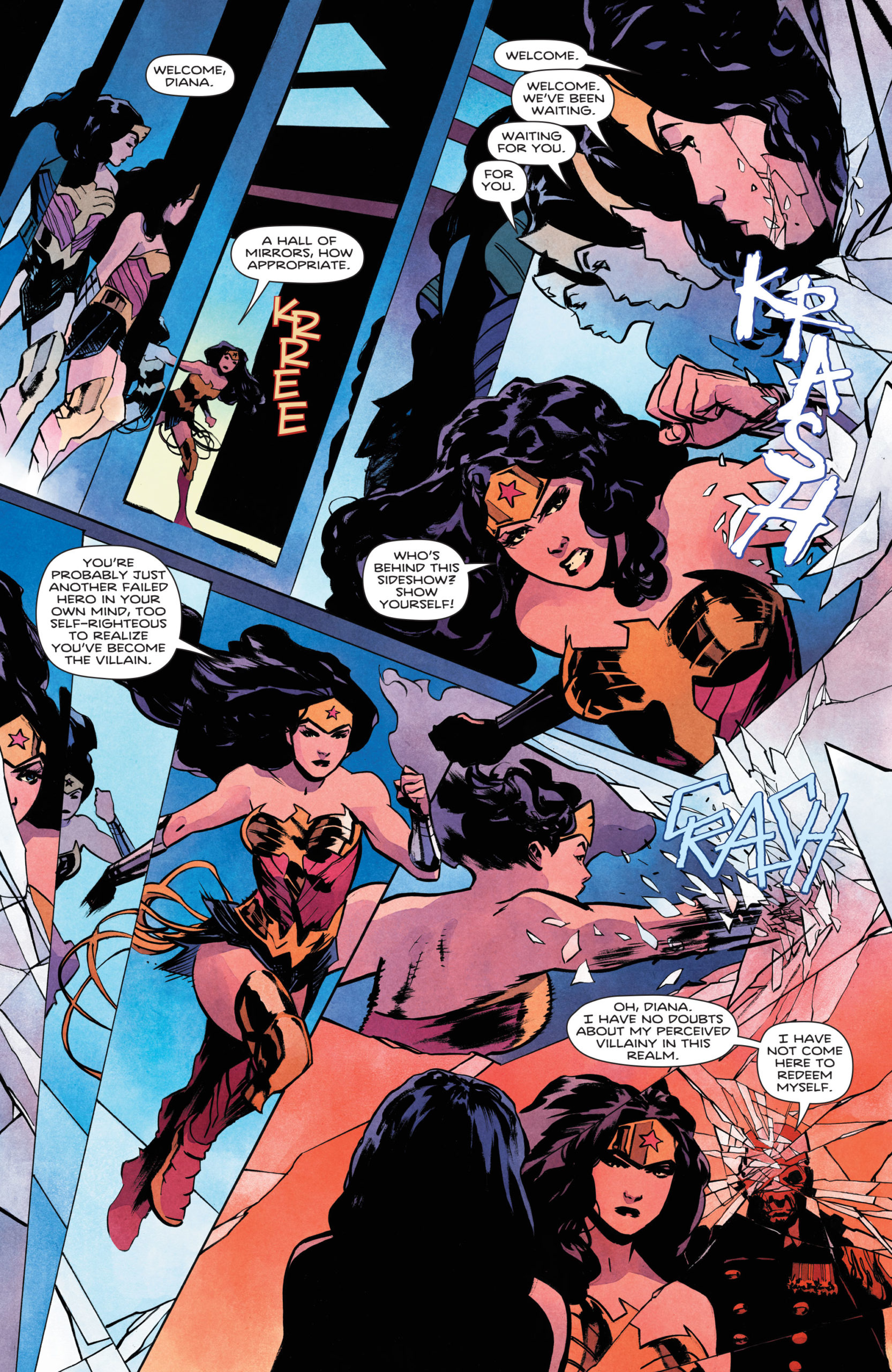 One odd thing in the second feature that seemed out of place was the smoking Bana-Migdhallian guard.  One tends to think of Amazons as characters from another time and worlds away from modern trappings, it would be the same to see her playing Candy Crush on a cell phone.  It was odd and took me out of the moment, unsure if it was supposed to be out of place or an example of how newer Bana-Migdhallians don’t leave everything behind.

Like it or not, “Trial of the Amazons” is on the way- there’s no stopping it!  However, the unmasking of the Shining Knight and Dr. Psycho’s continued plotting will provide Diana with more challenges either in “Trial” or in the story arc after the crossover.  Wonder Woman #784 functions well enough to get the reader to “Trial” even if some of the possibilities raised in the issue seem to be more compelling on a personal level for the Amazing Amazon.