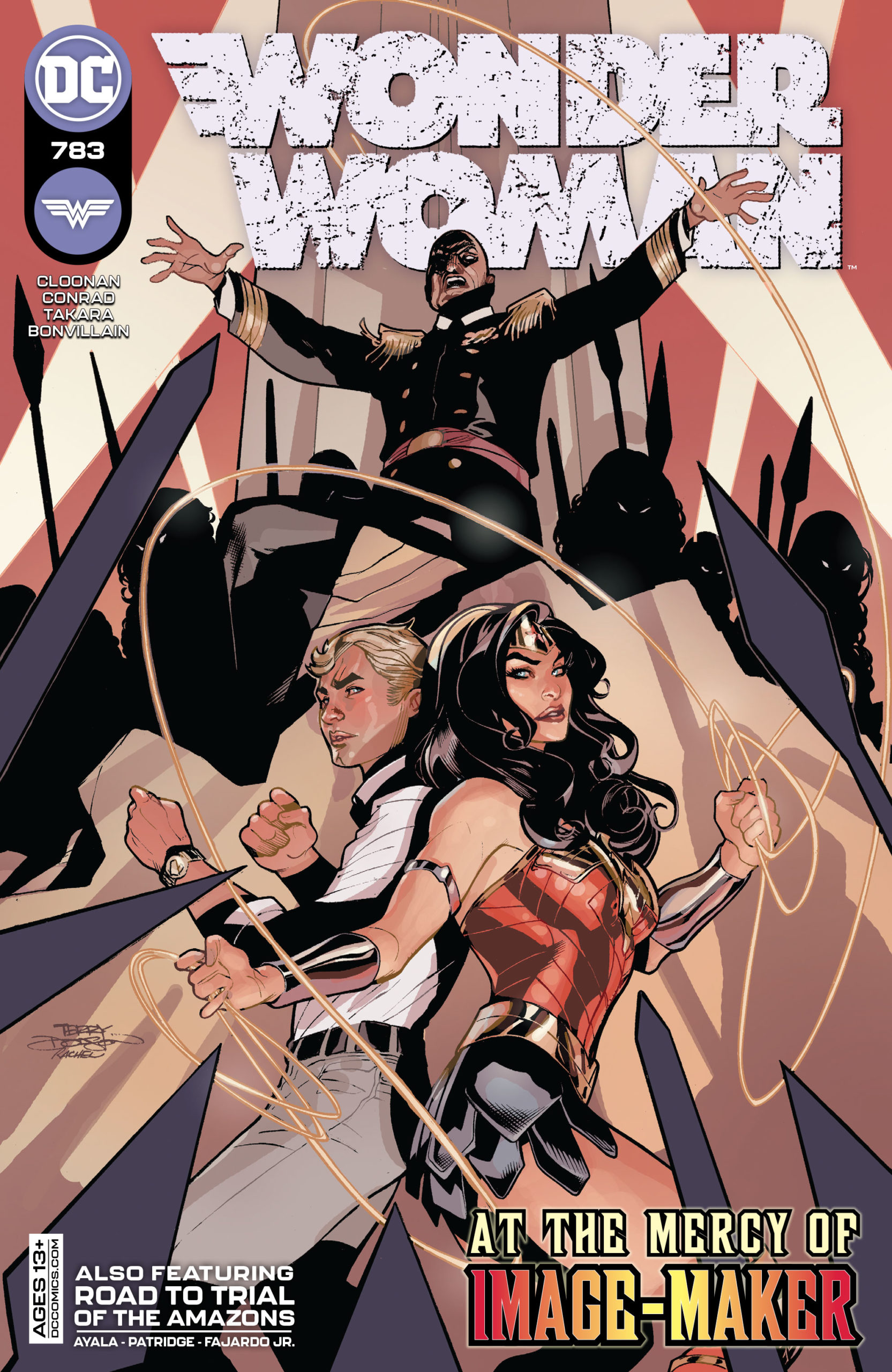 Diana faces off against Dr. Psycho’s hero from the past as Etta Candy finds out where all the Wonder Woman duplicates are coming from!

Wonder Woman #783 opens up with Dr. Psycho directing the hero he’s retrieved from the past to “Get Wonder Woman!”  Now, I’m not spoiling who this is, because it’s straight out of nowhere and it’s just not fair to spoil.  The most striking thing about this scene, though is the art by Marcio Takara.  Takara is settling in as the artist on this book and this opening sequence feels like a statement.  It is incredibly atmospheric and evocative with wonderful use of blacks and shading.  It sets the dark, sinister tone of the scene perfectly as Psycho christens his knight.  Furthermore, this demonstrates Takara’s inking skills over his pencils. 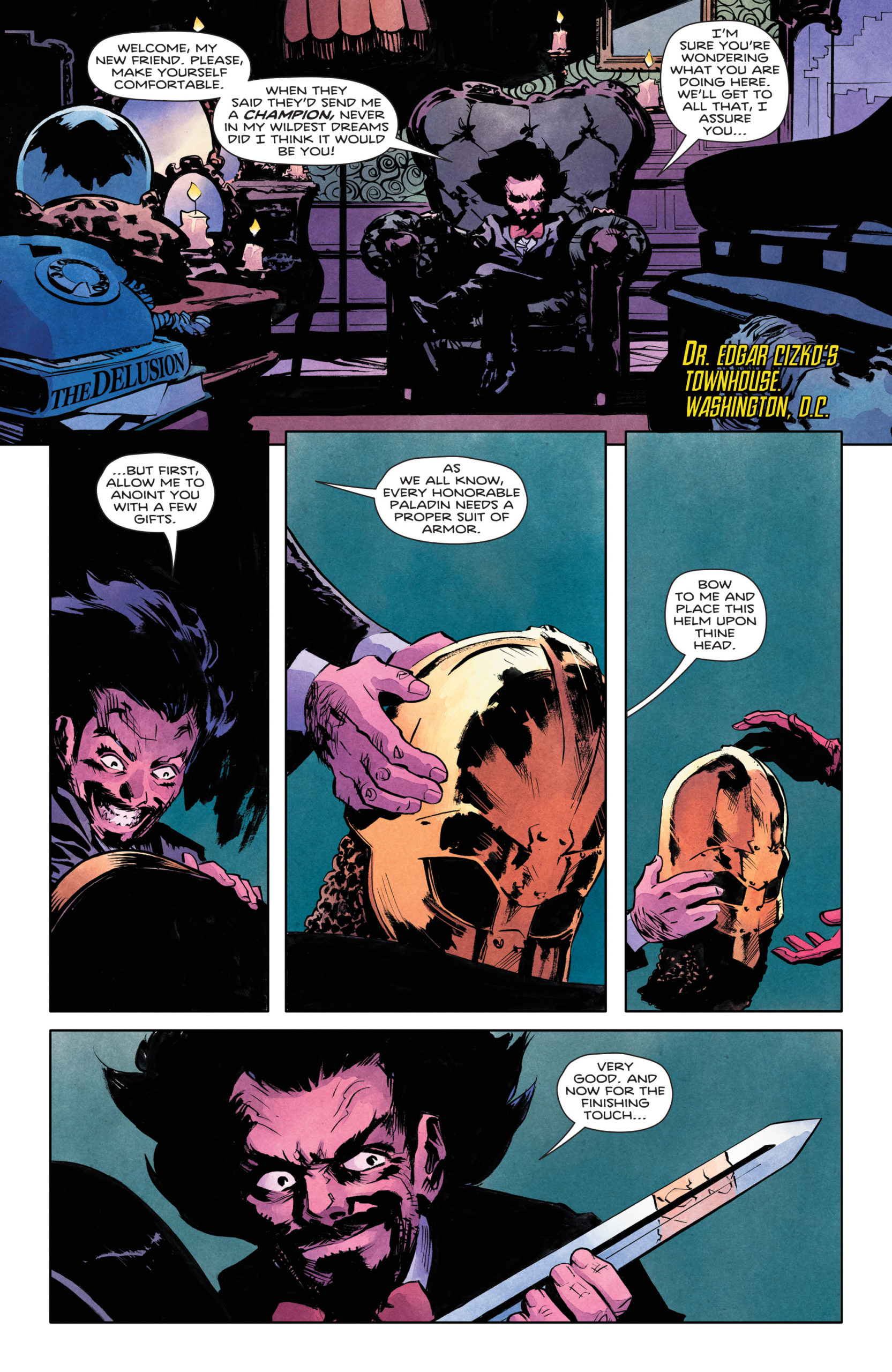 Conrad and Cloonan continue to keep us on the hook with Steve and Diana.  They do finally meet in a scene with emotion, but it’s in the middle of battle and the two can’t get any time to sort anything out.  Interestingly, unlike Etta and Diana’s inability to catchup in Wonder Woman Annual 2021, it doesn’t play like a gag (FTR- it worked well this way in the Annual).  There’s the right amount of sensitivity in the scene and dialogue that it feels genuine and the tears on Diana’s cheek sell it.  Takara gets the right amount of emotion out of Diana as well.

I don’t know why, but there is one particular moment that is appropriately humorous.  I’m not sure how funny it actually is, but it made me laugh out loud.  As Diana is locked in combat against Dr. Psycho’s agent, the agent notices something behind Diana.  It appears to be one of those classic, “Oh, I’m not falling for that” moments, but no there really is something behind Diana- a whole army of Diana duplicates that we first saw two issues ago.  Diana turns her head and simply says, “Hola!”  It may be the look on her face that Takara has depicted or simply the unexpected transition with the simple Amazon greeting. 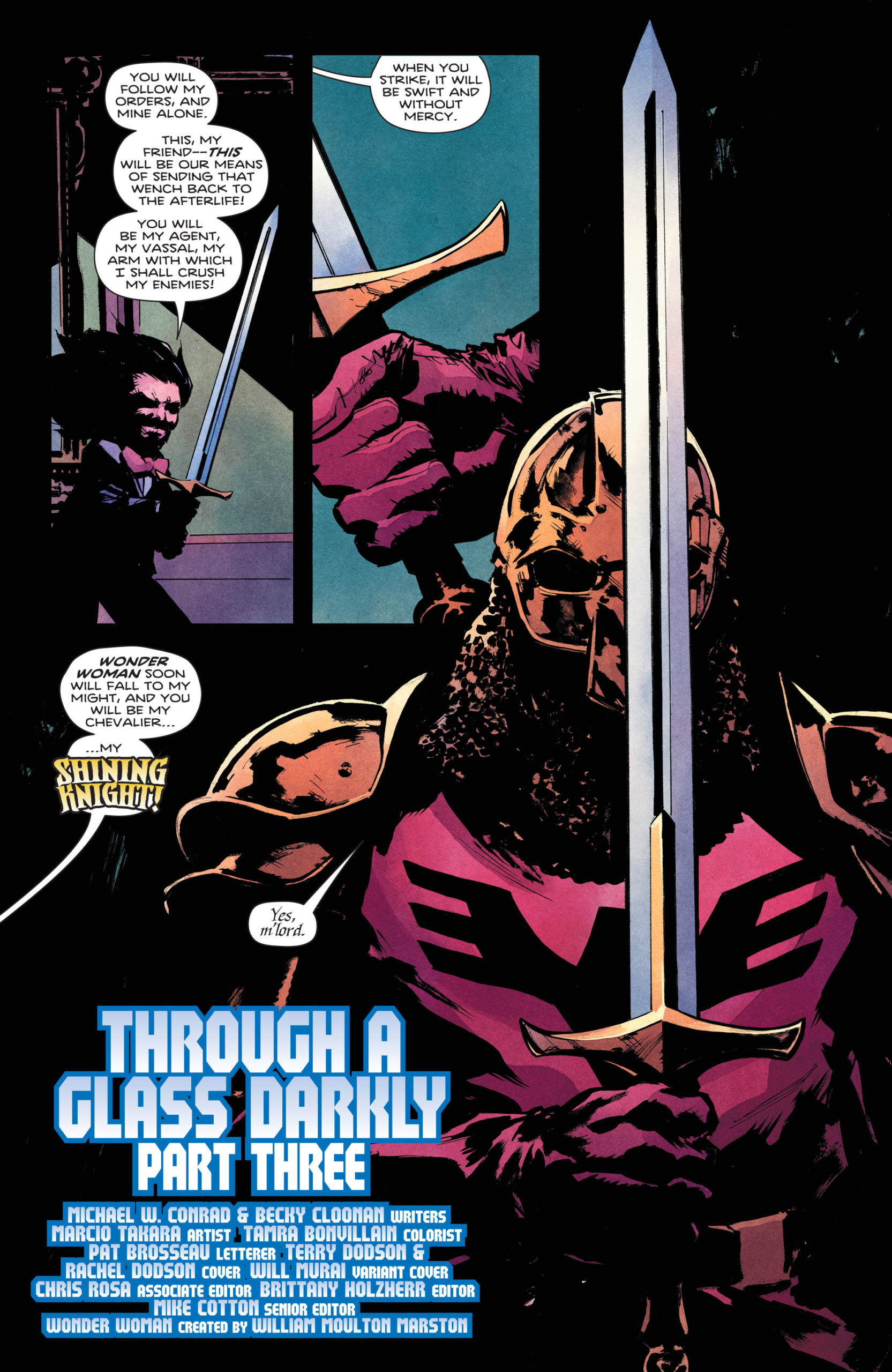 There are some other moments in this issue that demonstrate Takara’s skill as well.  Instead of enumerating more of them, I’ll simply say that he’s able to convey a real personality and emotion very economically and effectively that enhances the story in a substantial way.  This issue has stopped my eye many times just to look at the pages longer and to feel them instead of just read them.

In discussing the art. it’s hard to separate Tamra Bonvillain’s coloring from Takara’s contributions.  They are working wonderfully together, at times Bonvillain providing the shading as the value of the color changes to provide the “shading” on a form to give it solidity and volume.  Slow down and examine these pages.  We probably don’t appreciate the amount of skill and effort that it requires to achieve these results. 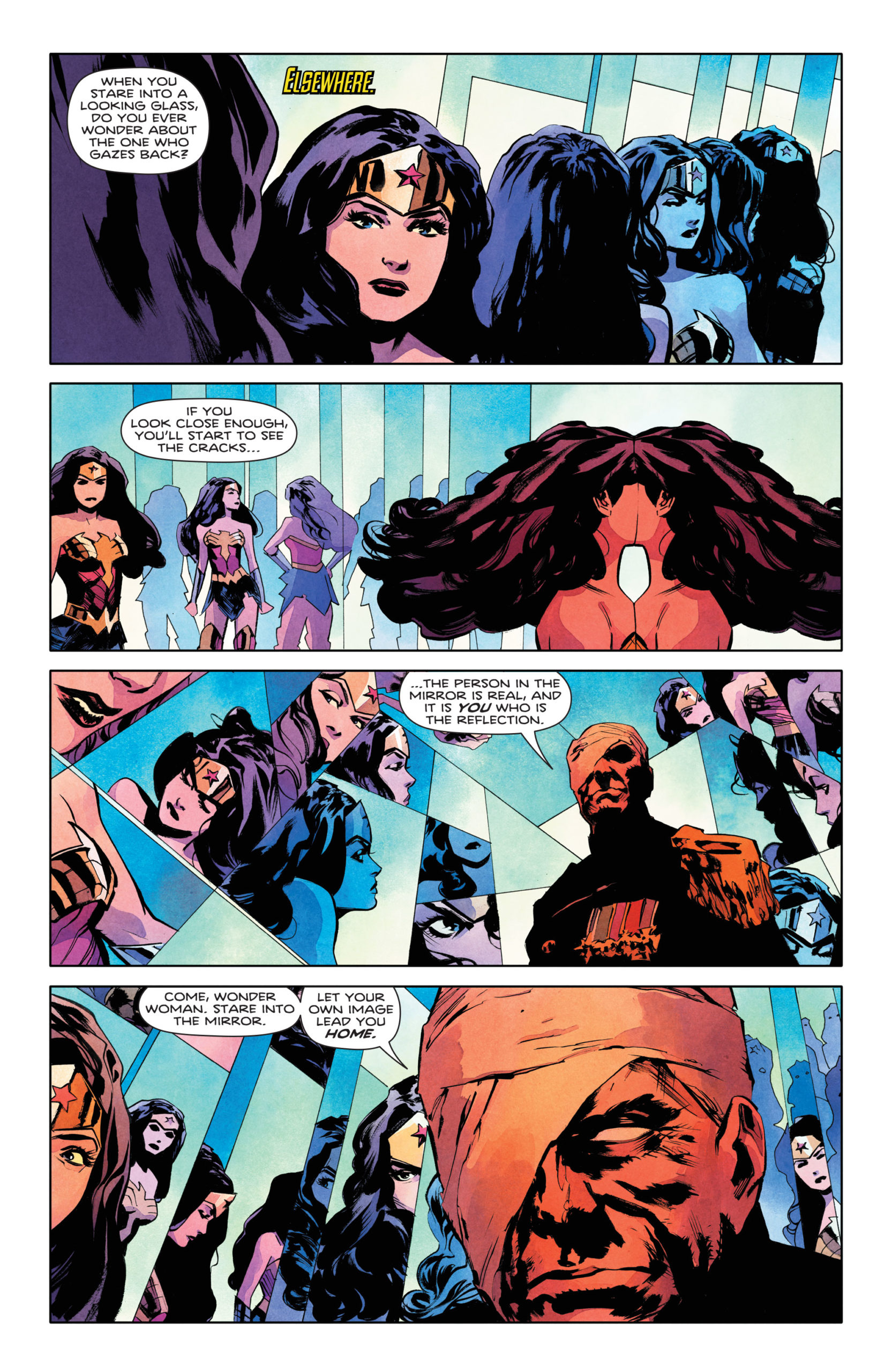 The second feature, chronicling the road to the “Trial of the Amazons,” brings the various plot pieces together from previous chapters.  It also acknowledges Artemis’s role in Wonder Girl as part of Yara Floor’s journey.  It feels a little strange that this second feature is the one pulling the strings to set the stage for “Trial,” but this chapter is a real plot-mover.  It points the reader in the direction for the concept of “Trial of the Amazons” which now appears to be quite intriguing, if Atalanta is right.  Plus, the value of character isn’t sidelined. Skylar Patridge has some great wok in this story as well, the double page spread of the oracle’s vision is not only detailed, but it perfectly reflects the ominous content of the vision.

I’m trying to figure out how Deadman is not only tangible in this issue, but also visible to Etta and Steve while not inhabiting a host body.  He lost that corpse when they jumped out of the plane, didn’t they?  I’ll trust that Cloonan and Conrad will elucidate the reader at some point.

What, you thought Wonder Woman #783 was suddenly going to fall apart?  This is simply (or maybe not so simply) great super-hero comics from this creative team.