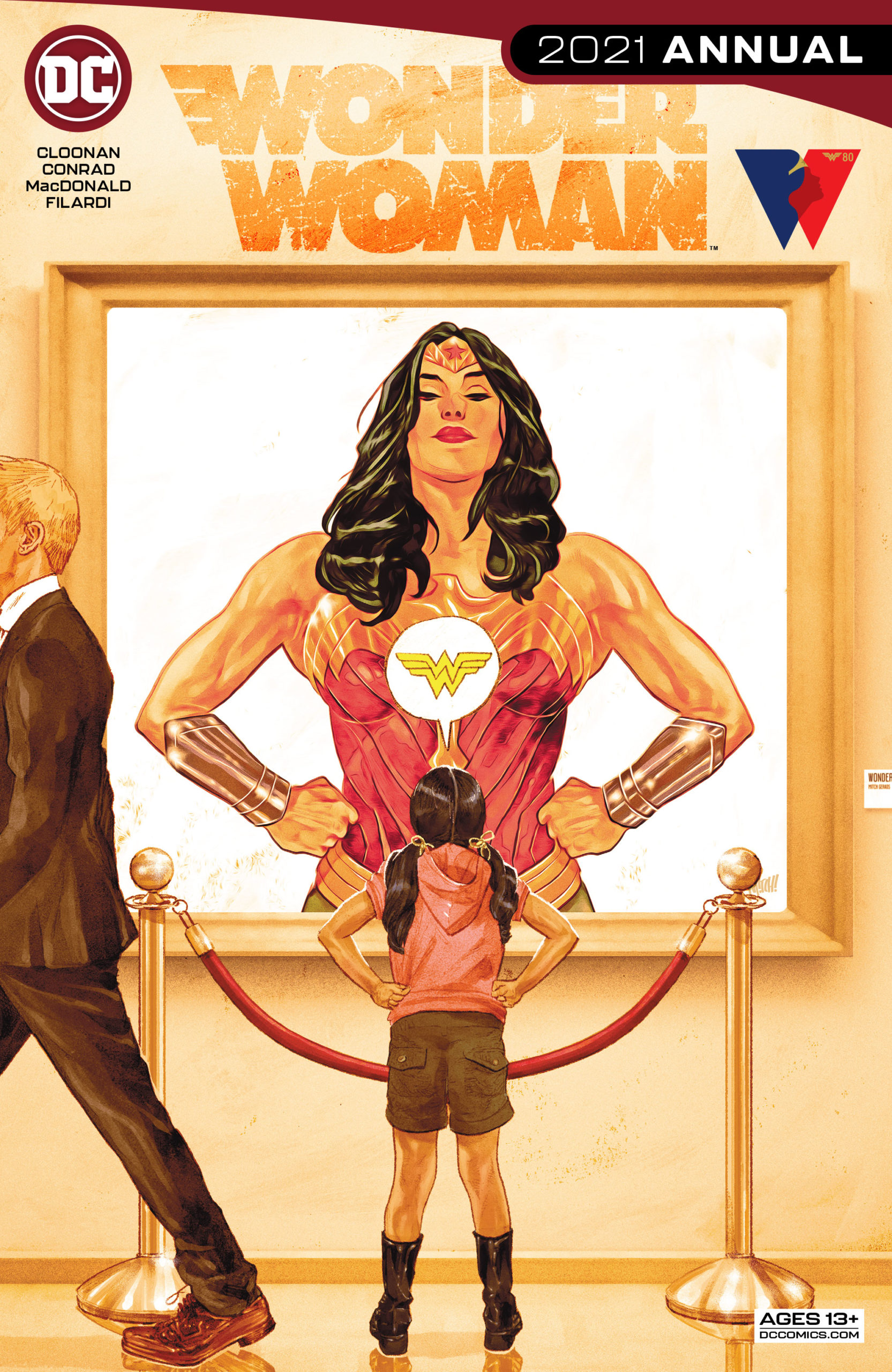 Diana and Etta Candy meet the mysterious Altuum- the Survivor.  His cryptic self-introduction to Diana leaves her with more questions than answers in this lead-in to “Trial of the Amazons.”

Interestingly, one of the first things that jumps out about Wonder Woman Annual 2021 is that the opening action sequence plays out just we’ve seen in the movies.  You’ll recall that in Justice League Wonder Woman rescues people from a bank in Paris and in Wonder Woman 84 she stops a robbery at a shopping mall.  It’s effective and fun and you can easily imagine Gal Godot’s film version.  It creates some synergy and perhaps this is a bit of a tribute to Godot’s performances in the film.  No matter what one thinks of the films themselves, it’s hard to argue against Gal Godot as Wonder Woman.  Diana’s dialogue is pitch-perfect here. It’s even more enjoyable if you let it come through in Gal Godot’s voice. 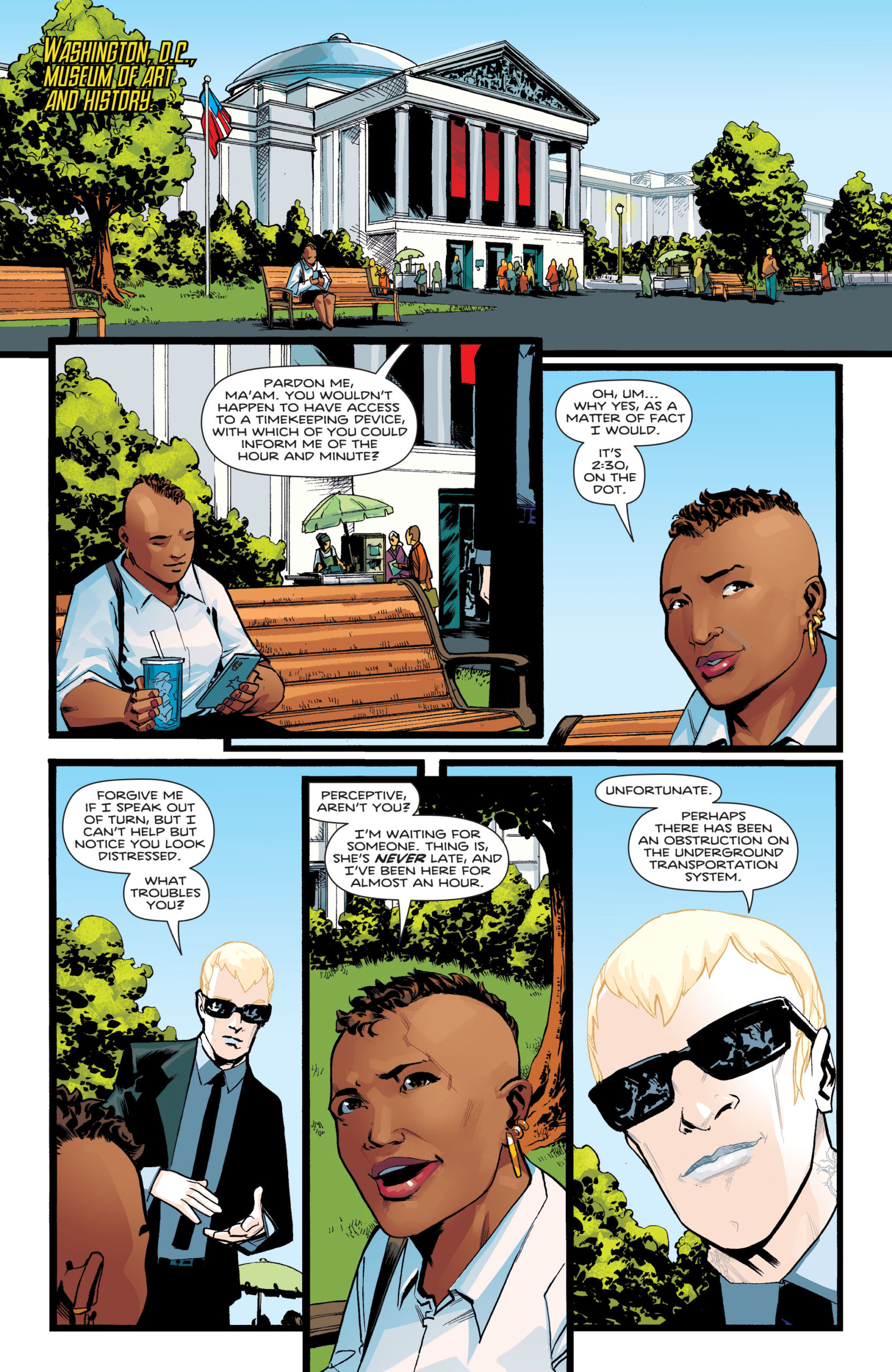 The issue uses another film trope of the running joke of two people being unable to find the time to get together as they are always being called away for some other responsibility.  Diana and Etta are having the darndest time trying to sit down and catch up.  It’s not easy as Altuum creates havoc at a museum and duty calls for Etta.  However, it’s not unlike real life as it can be very difficult as adults with responsibilities to get those moments with friends when your friends are no longer your first priority.

One of the interesting things that we hear from the museum docent is that Diana has been in Man’s World for “decades.”  It hasn’t been mentioned in quite a while, but the 5G plan for Wonder Woman was for her to have been the first super-hero to have appeared at the beginning of World War II.  This hasn’t been touched on in a while, but we did get a story showing this back in Wonder Woman #750.  This bit of dialogue in Wonder Woman Annual 2021 is interesting in that it seems to suggest this long history.  Hopefully, if this is part of the canon for the character it will be explored. 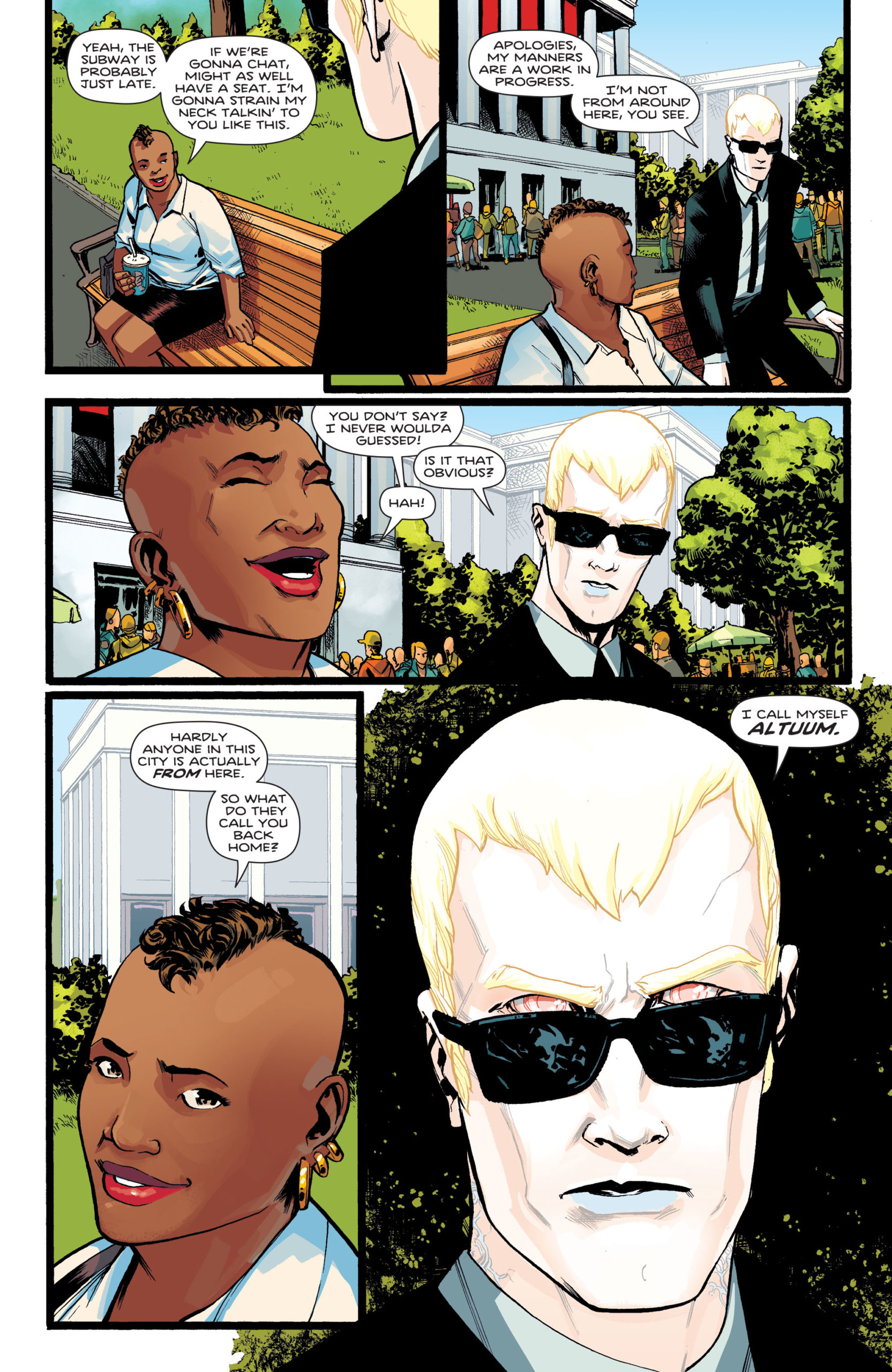 This Annual is a lead-in to “The Trial of the Amazons” crossover event.  It certainly presents a curious accusation by Altuum as to the method in which Themiscyra was obtained for the Amazons by the gods.  It also seems to tie in thematically to “The Adventures of Young Diana” which had been running as the second feature in Wonder Woman.  It’s a neat tie-in to that material as well as it again presents a real challenge to Diana’s view of the world. 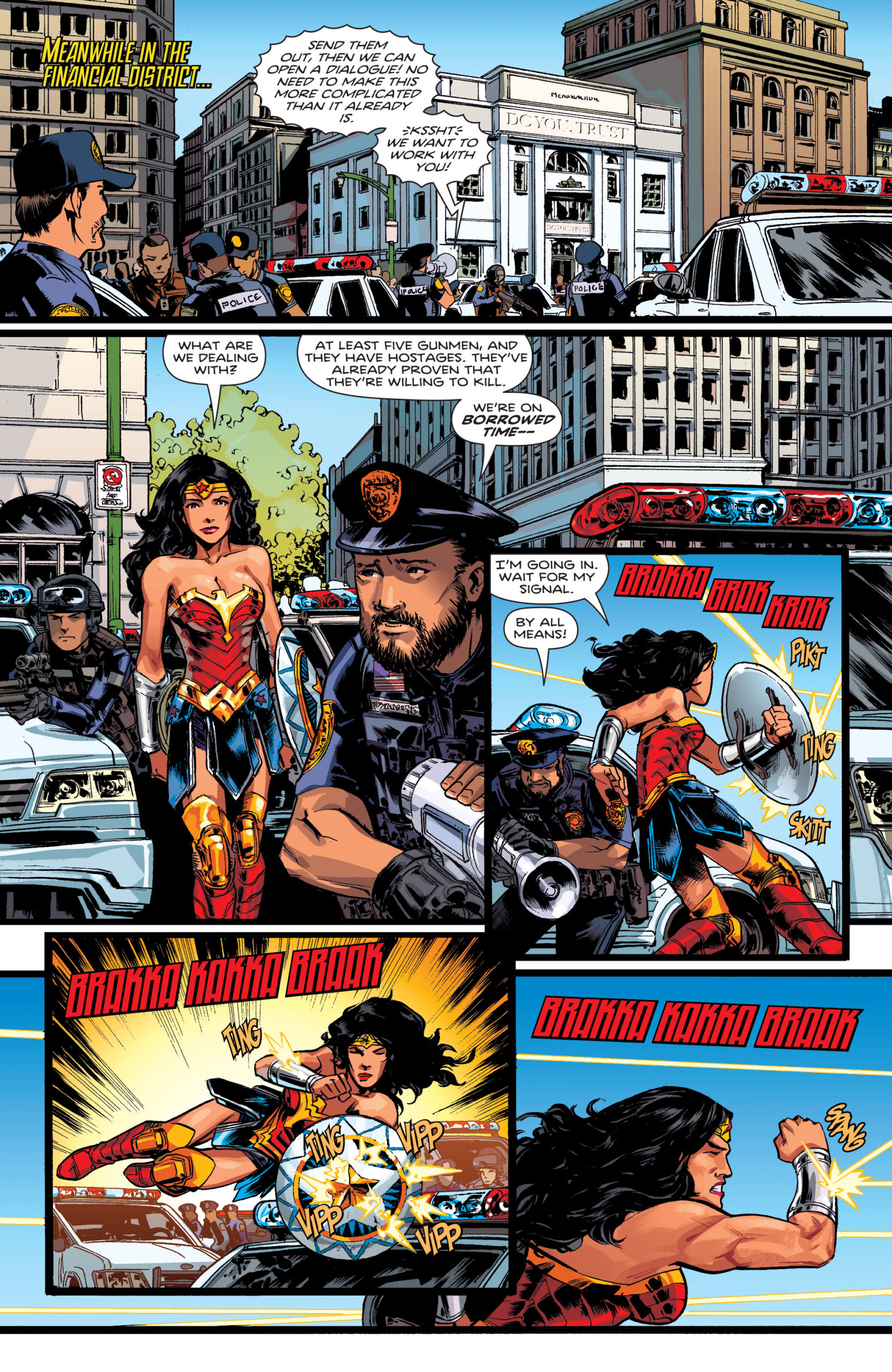 I’ve struggled with DC events for a while.  They usually tend to distract from the work a creative team is doing with a character.  I found myself struggling to recall what happened in the last issue of Wonder Woman.  While the outcome of  “The Trial of the Amazons” is a long way off, Wonder Woman Annual 2021 seems to indicate there’s a deep dark secret under Themiscyra, and it’s not just Doom’s Doorway.  What have the gods done this time?  And, is it always necessary to add a dark secret into every character’s past?  This setup doesn’t seem to set up the Amazons as villains, but it does suggest that there will be some sort of reckoning with what the gods have done.  There’s no doubt Diana will suss out the Truth, but what will be the cost for the Amazons? 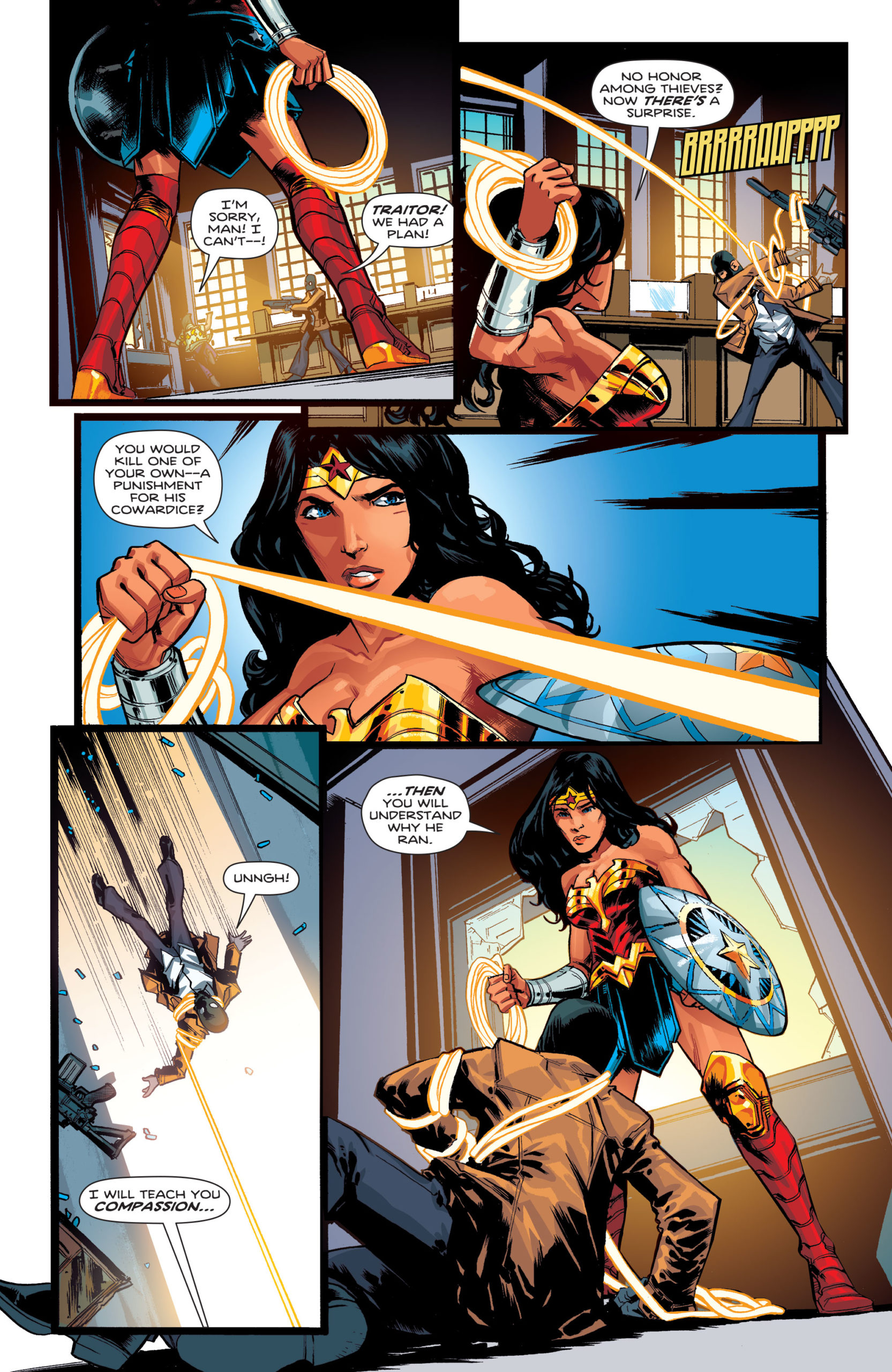 Wonder Woman Annual 2021 is a solid comic that does a nice job of giving us a cinematic approach to the Amazing Amazon which also acknowledges Gal Gadot’s performance as Diana on the silver screen.  It’s a little early to judge “The Trial of the Amazons,” but this is definitely an interesting lead-in.