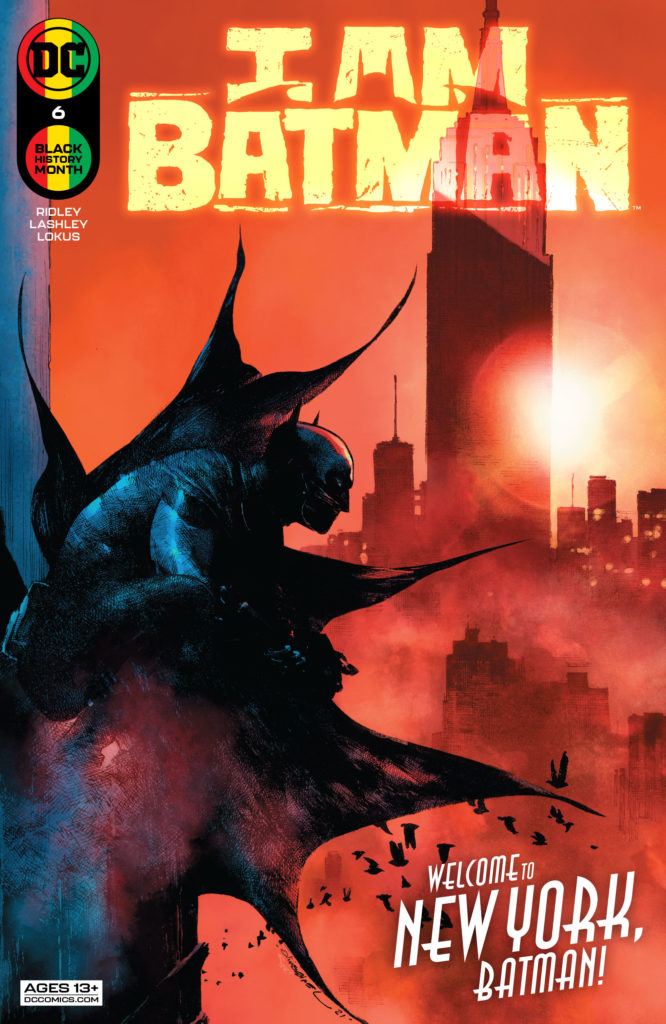 I Am Batman #6 -Jace Fox’s baptism by fire as Batman during “Fear State” was the first step toward his next great challenge-a relocation to the Big Apple!

Joining his mother and sisters in the move as they arrive to the city, Jace will find new adventure, a rekindled love, and terrifying new adversaries as “Empire State of Mind” begins! 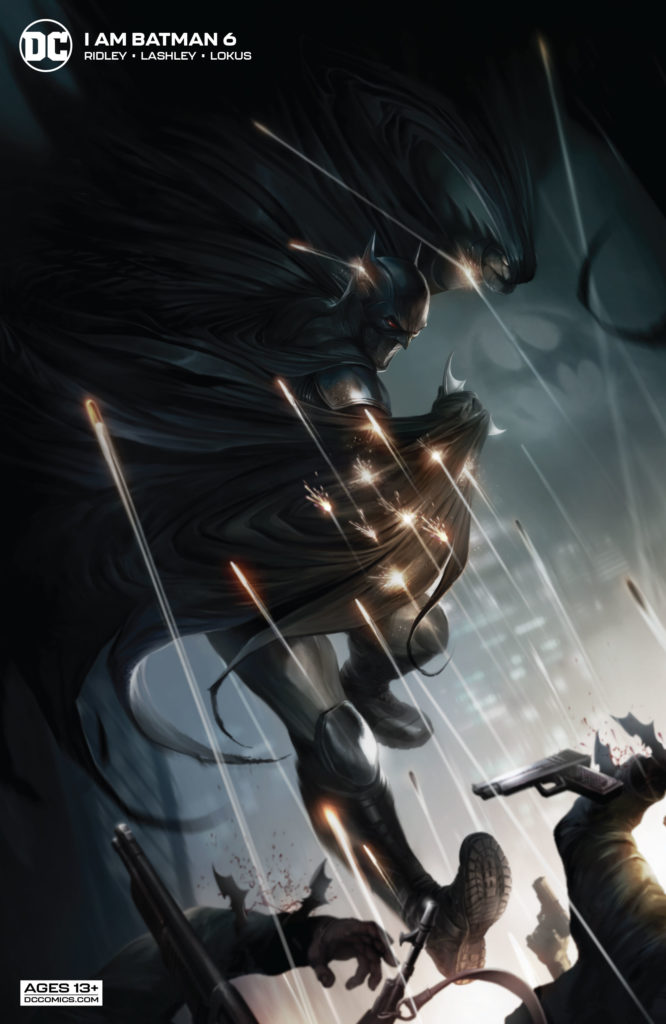 What appeared to be a path to Jace becoming a Dark Iron Man of sorts, has led us now to his base being in NYC.  This story line by John Ridley is going to be one of the more intriguing Batman stories we have ever glimpsed as the Fox family is no longer within the constraints of Gotham.

Ridley has written Jace into the tapestry of the city that never sleeps and also placed him in an unique position that he is a deputized officer within NYC.  That kind of vigilante power with is wealth will make interesting points in and of themselves.  However, not everyone is a fan among the city of New York government.

What the original Bruce had in segments with Dick and Alfred, Jace has in full force with his family.  Ridley provides a richer background for his readers in that aspect! 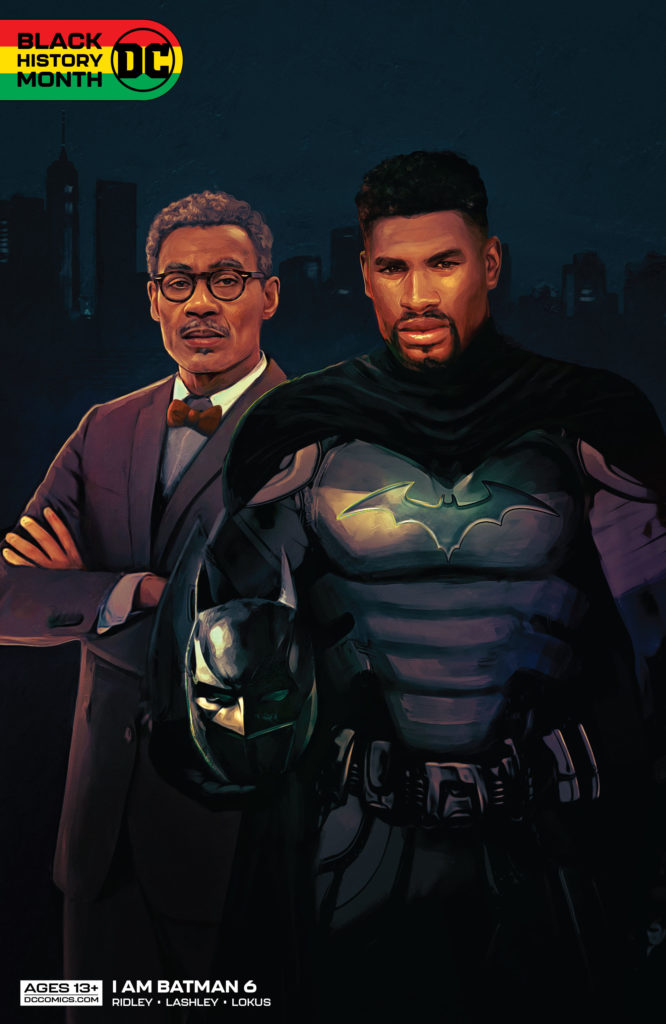 The art is very shadowy and is in that introductory stage for me as I am getting to know all the players around the table.  Lashley takes on a formidable task really well in that he is drawing an iconic figure but with a different person wearing the suit.  That’s hard, but he pulls it off wonderfully!

I like seeing Jace’s face.  That is the best improvement that issue #5 provided, but it is more than that!  We have a different Batman now that sheds a different light.  While all DC really had to hang its hat on in diversity was the Green Lanterns.  With Jace’s Batman moving to the forefront, African American readers can see a Batman that depicts a vast array of culture celebrations and ideas that was foreign in the pages of Bruce Wayne’s tales.

Bold move DC….thanks for that! 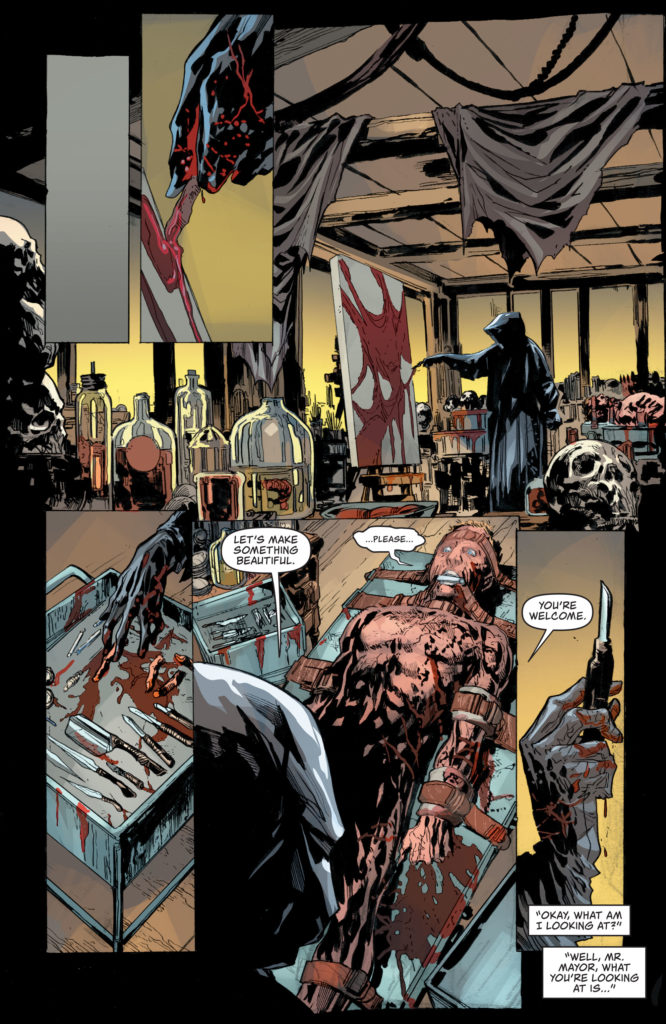 Jace’s character has experienced quite the breakthrough in his big reveal to his father as well as finding a new venue to focus his crime fighting efforts.  The storyline is now taking off from under the shadow of Bruce Wayne’s Batman.  No negatives here as this comic has now found its way from under the Mantle to assume a new direction!  Awesome! 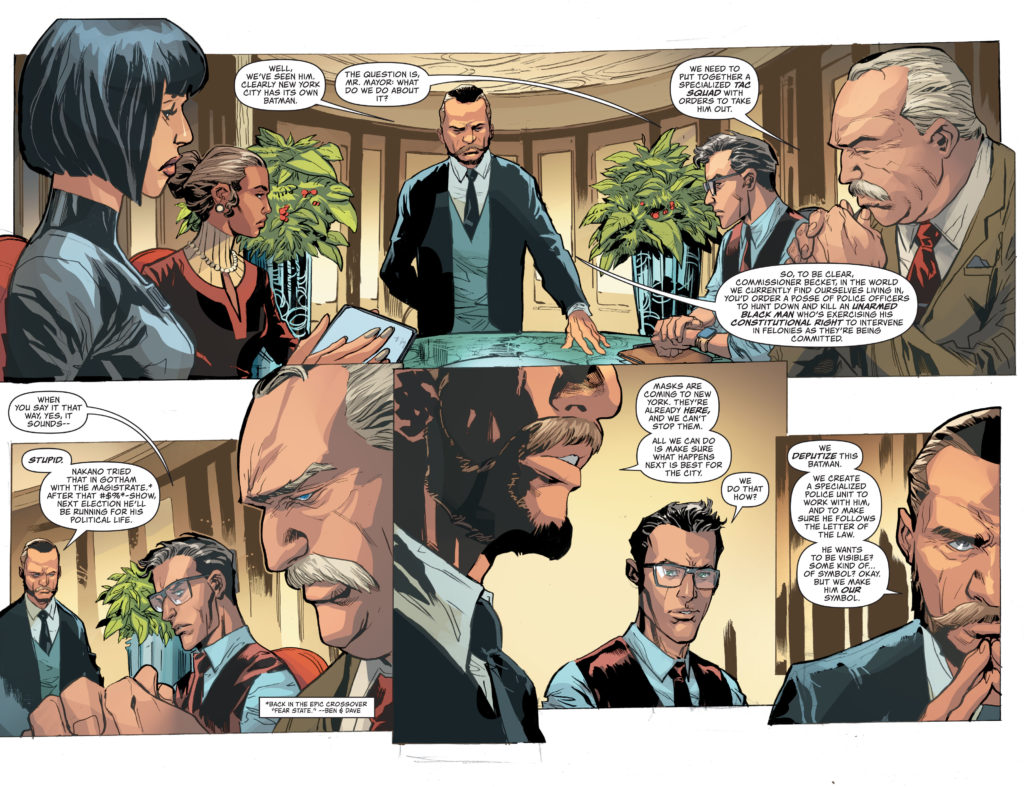 The Big Apple… as a kid I often thought of Gotham City to be the parallel equivalent to New York City.  Marvel made NYC the home to some of its big heroes… a certain Web-head from Queens, and a pretty big family of four that resides in the Baxter Building there.  Wouldn’t this be a nice crossover fodder for Marvel and DC as The Batman takes his turn in cleaning up the streets of NYC.  Now where to put that Bat Signal???