Indie Comics Review: Astro City: That Was Then… Special

Indie Comics Review: ASTRO CITY: THAT WAS THEN… SPECIAL 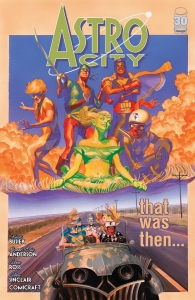 Astro City: That Was Then… Special: Astro City returns with an all-new special! Who were the Jayhawks? How did they inspire five teen sidekicks looking for answers to hit the road in a rickety crime mobile in 1969? How will this affect Astro City in the present? This one-shot special features new and existing heroes and launches a mystery that will drive the forthcoming Astro City series.

In June of 2018, the final issue of the most recent run of Astro City was released by DC’s Vertigo Comics imprint. The plan was for Astro City to shift from a monthly ongoing title to a series of original graphic novels. Unfortunately, those books never materialized, So we haven’t had a new issue of Astro City in nearly four years. Now it’s back and has returned to its original publisher, Image Comics.

The Astro City: That Was Then… Special is presented as a prelude to a new ongoing Astro City, and it does a wonderful job of whetting the audience’s appetite for the full series. It also clearly shows that Busiek, Anderson, and Ross haven’t lost their feel for the series in the interim.

Four years can be a long time, and these particular four years seem like a lifetime, considering all that’s happened during that time. So, it’s great to see the creative team pick up with no drop in quality. Sometimes when a comic title or TV show goes on an extended hiatus, the creators are unable to recapture the magic. But that’s not the case here.

It’s sometimes said that Astro City is a superhero universe written more realistically than most others. While there is some truth to that, it is not an entirely accurate statement. The Astro City universe is every bit as fantastical and amazing as those of DC or Marvel, but there are also heaping amounts of high-concept supernatural and science fiction. The world is liberally populated by superheroes, ghosts, aliens, deities, and extra-dimensional entities. 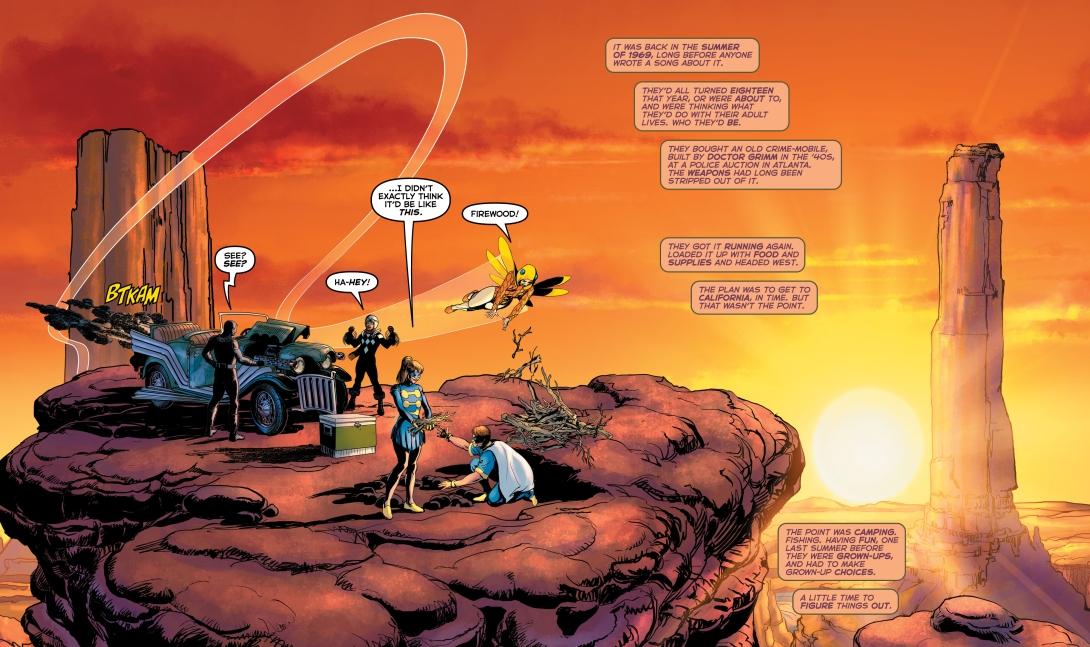 Of course, this is only the backdrop for the real stories. Busiek excels at telling very real, relatable human tales and this is the sense in which Astro City is “realistic”. For example, the story here involves a group of young superhero sidekicks setting out on a road trip in a flying car. However, at its core, it’s more about a group of teens spending one final summer together before adulthood, and all going on their separate ways.

There’s barely any superhero action in this book at all, it’s just a down-to-earth human story.  The superhero angle is present but isn’t the focus of the issue. The focus is, as Busiek says in his afterword, “telling a story about the humanity in the superhuman”, and Busiek is a master at telling this type of story.

The teen heroes take their trip in the light of the deaths of four members of a team called the Jayhawks, a group that has a similar vibe to the original iteration of the Teen Titans, as both were teams comprised of teenage sidekicks. Having the story set in the late 60s also adds to the vibe.

Then we get an epilogue, showing the ghosts of the fallen observing the present-day hero, Samaritan, who’s worried that things seem to be getting darker and more dangerous. He wonders if they’re all actually accomplishing anything in the long run and muses:

It’s always the same cycle. Fighting. Saving lives. Decade after decade. But what are we winning? We need a plan. We need a new way. I just… I don’t know how to find it.

The watching specters hint that maybe they can do something to help. 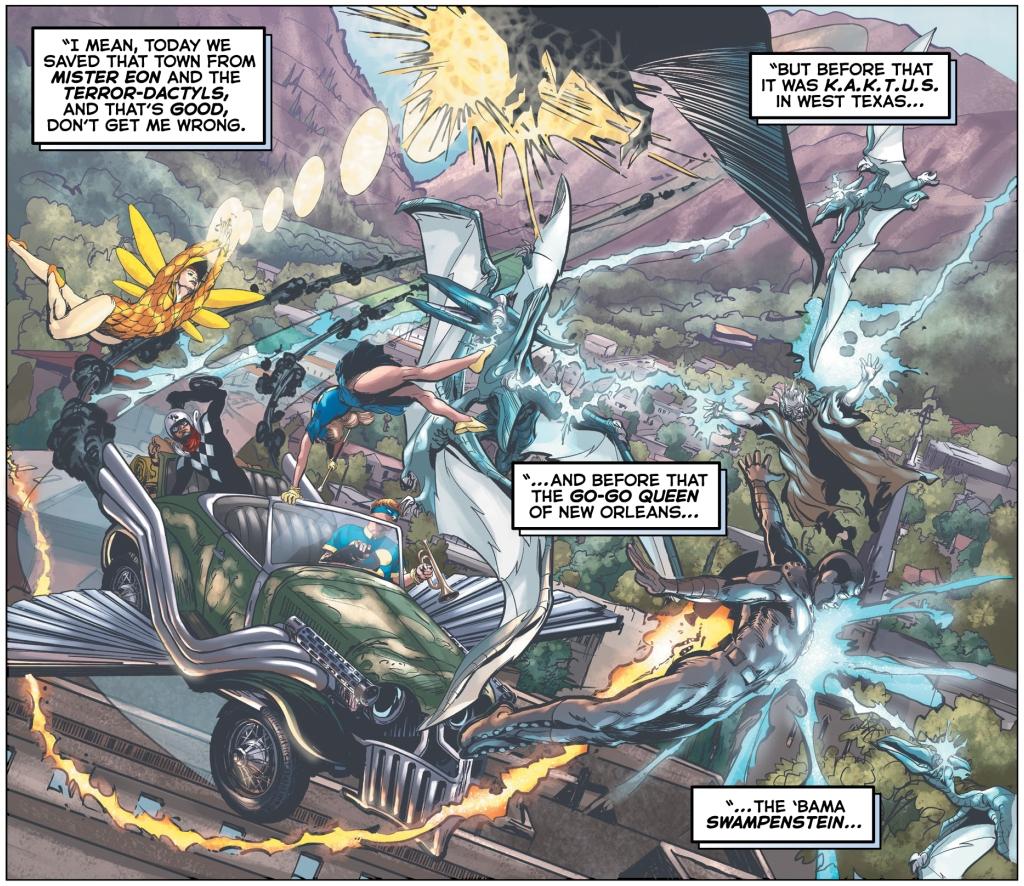 This gives us a great setup to launch a new series with, as it offers a great springboard to show us what’s changed in Astro City and what has remained the same. It should also serve as a great entry point for new readers, although it would be definitely worth anyone’s time to catch up reading previous runs of the series. Not coincidentally, Image is offering the first volume of their large Astro City Metrobook, reprint collections. I highly recommend picking it up if you don’t already own the back issues.

The Astro City: That Was Then… Special also includes an afterword by writer Kurt Busiek, aptly titled “Astro City… This is Now”. In it, he answers a number of questions, including a brief rundown of why the title left DC and how it made its way back to Image. I was quite relieved to learn that there was no falling out with DC. He also gives a rough idea of what’s going on with the rumored TV show. It’s still happening but isn’t yet at the point where he can share specifics.

There are some enticing hints at stories to come, but they’re vague enough to avoid giving away spoilers. Busiel also makes sure to remind us that he hasn’t forgotten about some of the mysteries that are still waiting to be explored:

Whether it’s the question of what happened to the Silver Agent, who the Broken Man is, what’s up with the Oubor, and more.

It all sounds fascinating, and I can hardly wait.

Negatives? We’re freakin’ getting more Astro City after what seems like forever!!! What the hell negative could I find about that?

The Astro City: That Was Then… Special is a fantastic declaration that Astro City’s back, and it’s as great as it always was. I can hardly wait for the new ongoing series to arrive.