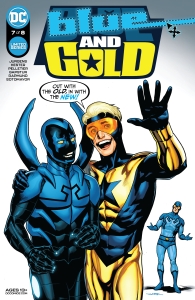 Blue & Gold #7: Blue & Gold Restoration is up and running, with Booster Gold and Blue Beetle taking on any number of strange cases, from paranormal extremes to lost civilizations, ancient aliens, gateways to other dimensions, and even super-villains looking for help in going straight! What happens, though, when one of the threats turns out to be an old friend? Guest-starring Jaime Reyes as the Blue Beetle!

The story in Blue & Gold #7 bears the title “Beetles Abound”. This is an apt description of the story, as it guest-stars Jaime Reyes, DC’s most recent Blue Beetle. But Ted and Jaime are not the only Beetles in the story. The story ends with the revelation that Black Beetle had abducted Jaime, last issue, as part of his plan against Ted and Booster.

Most of the issue consists of the three heroes fighting against new villain, Nullifex. I quite like the design of this character. He looks very much like the kind of villain that might have appeared in a Blue Beetle or Booster Gold comic of the 80s. I loved those titles, so it’s great seeing a villain that captures some of those vibes. 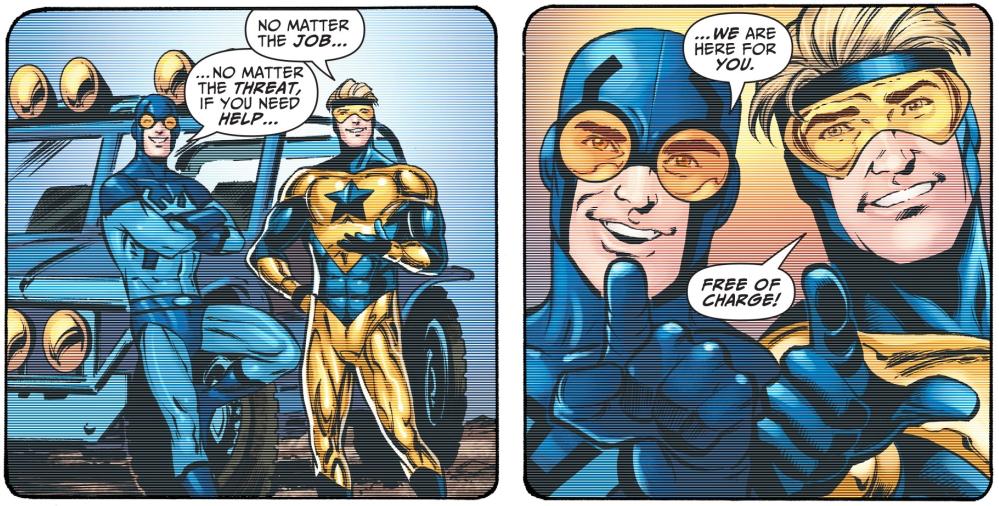 That being said, I am glad that Jaime didn’t take Ted and Booster up on their offer to join their new venture. While Jaime makes a great guest star, having a third hero in the group would upset the buddy dynamic. Ted and Booster work better as a duo. Even within a group, like Justice League International, they were a duo within the larger group.

Black Beetle looks to be an interesting villain that complements both heroes. He and Ted share the Beetle motif and like Booster he’s a time traveler. I have to wonder if there’s some deeper connection to either Ted or Booster. Or perhaps he’s connected to both somehow.

I have no complaints about this series. Some readers might feel that it’s too light in tone. However, I think it perfectly balances out a lot of the titles with heavier content. There is room for both grave matters of importance and for light-hearted stories in the DCU. And while the tone is overall fairly bright and fun, Jurgens isn’t going overboard with the humor. 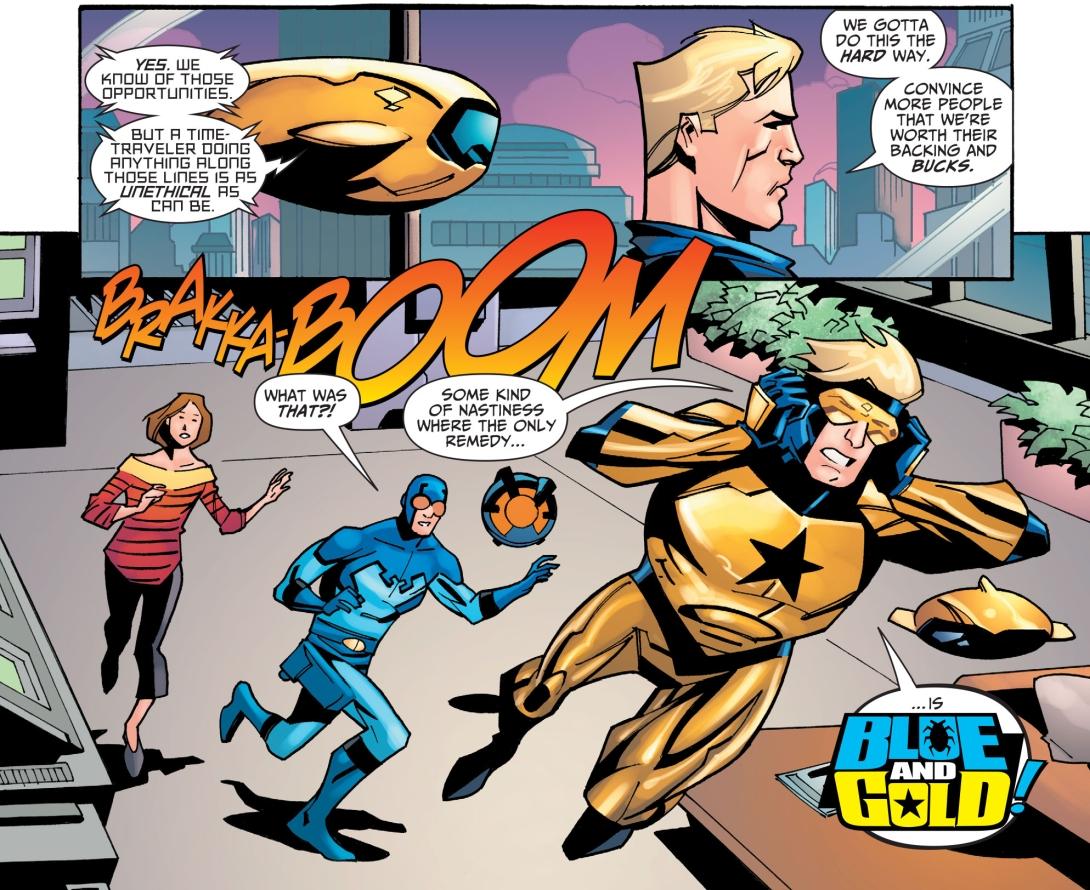 Blue & Gold #7 not only gave us a unique chance to see DC’s two Blue Beetles in action together, but it beautifully sets up the series’ conclusion next issue. I look forward to seeing how Ted and Booster fare in their confrontation with Black Beetle.