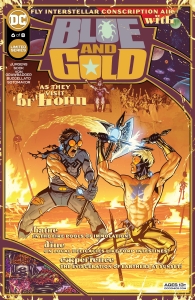 Blue & Gold #6: Booster and Beetle are lost in space! After a disastrous first day on their new jobs as hero business owners and operators, the duo has found themselves kidnapped and stranded on an alien world. Who’s to blame? Well, the Omnizon of course! Welcome to her home planet, Br’Honn, where a battle to the death between friends is just another Tuesday!

In Blue & Gold #6, Beetle and Booster have been captured by Omnizon and are forced to fight each other in a battle to the death. Although they initially refuse to co-operate, they are compelled to fight by Omnizon’s mind control. Actually, only Booster is compelled this way, while Ted is forced to fight out of self-preservation. This raises some interesting questions.

First off, why didn’t Omnizon also mentally coerce Ted to fight? Was Booster more susceptible to mind control than Ted? Perhaps Omnizon thought it would be more sporting to allow Ted to fight with his mind unclouded by her mental control. Or maybe she just realized that only compelling one of them to fight would suffice to get them both to fight.

One question that some readers may have wondered about is which of the two heroes would win if they were to fight. This issue seems to imply that although the two are fairly evenly matched as fighters, Ted’s intelligence would give him the edge. Ted not only fights well, but he fights smart. He uses Booster’s tech and the environment to win the fight against Booster. 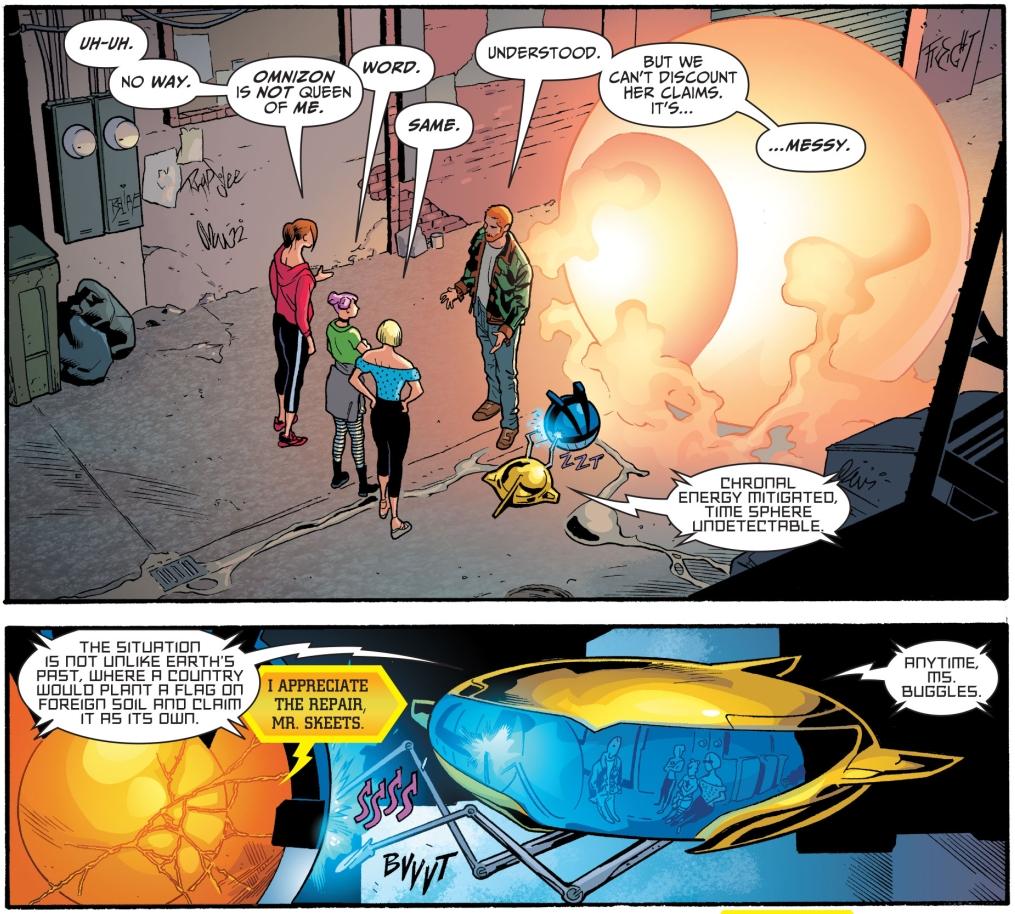 This adds a chilling implication to the story. Ted was prepared to kill Booster for his own survival, although extremely reluctantly. If he had killed Booster, Ted would have carried the pain and regret of that action for the rest of his life. If the fight had gone the other way, Booster would at least have some comfort in knowing he was under mind control. Ted wouldn’t have had that comfort, though. These are some pretty dark implications for such a light-hearted series.

Luckily for both heroes, Rip Hunter interrupts the contest before anyone has to die. Rip manages to wrap up the entire matter in a neat little bit of time-travel trickery. And I like how he manages to find a loophole that allows him to deny having altered the past to affect the present. However, it appears that Rip has earned the enmity of Omizon, who clearly suspects Rip has pulled a fast one over them.

There is also another intriguing mystery referenced in this story. Terri (a.k.a. Trixie) discovers the secret knowledge that Rip is actually Booster’s future son. While this isn’t new information, Terri asks the obvious next question of Rip, “And your mother? Who is–?”. Rip refuses to answer. This makes me wonder if Jurgens knows, and if he plans to reveal it in this series. Is it possibly anyone we’ve already met? Maybe Terri herself?

No complaints at all. Jurgens knows these characters well, and it shows. And the art of Ryan Sook and Wade von Grawbadger is above reproach. 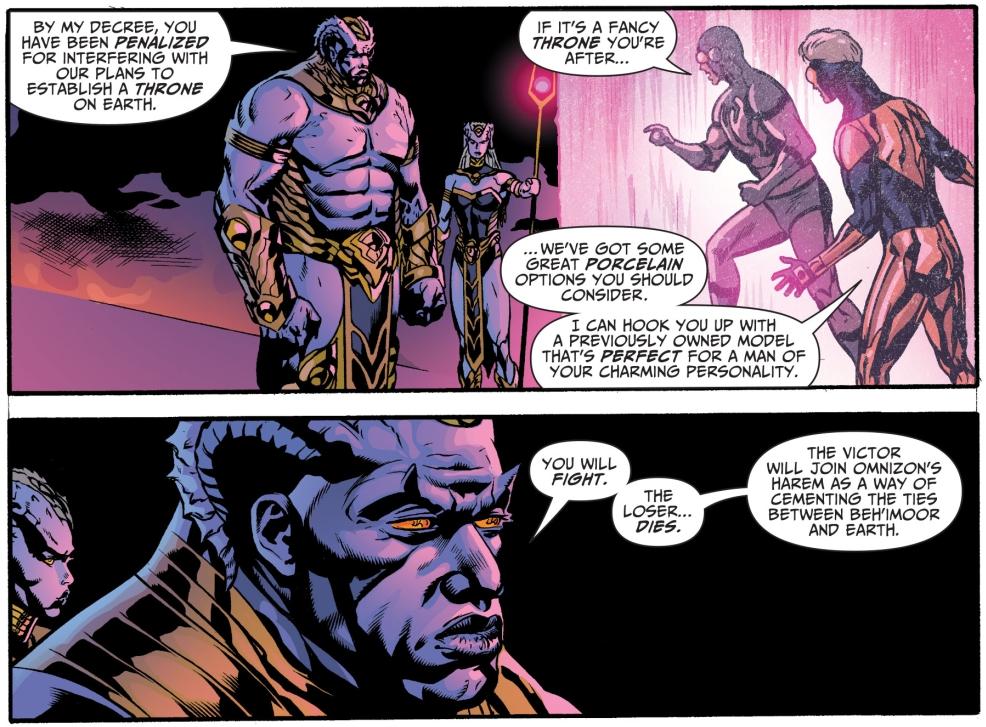 I have really been enjoying Dan Jurgens’ Blue & Gold series. This title shows a lot of heart by focusing on one of the most notable friendships in the DCU. And I can hardly wait to see what Jurgens has planned for the duo when the newest Blue Beetle (Jaime Reyes) guest-stars next issue.