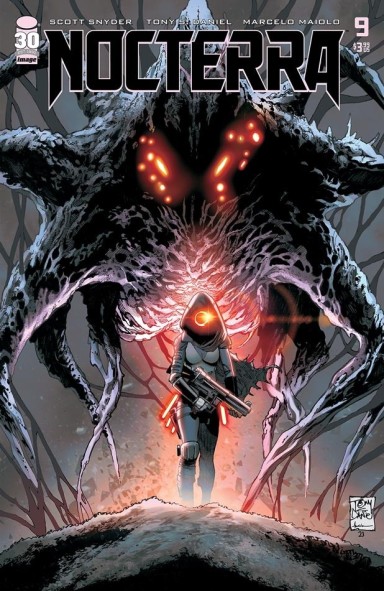 “That new world on the other side of this?  It’ll be worse than it was before the darkness.  I promise you that!” – Black Top Bill
Nocterra #9 – Part Three…”Pedal to the Metal”
With a fresh member on their roster, Team Sundog must traverse uncharted waters with one question on all their minds: who, or rather, what is Eos? 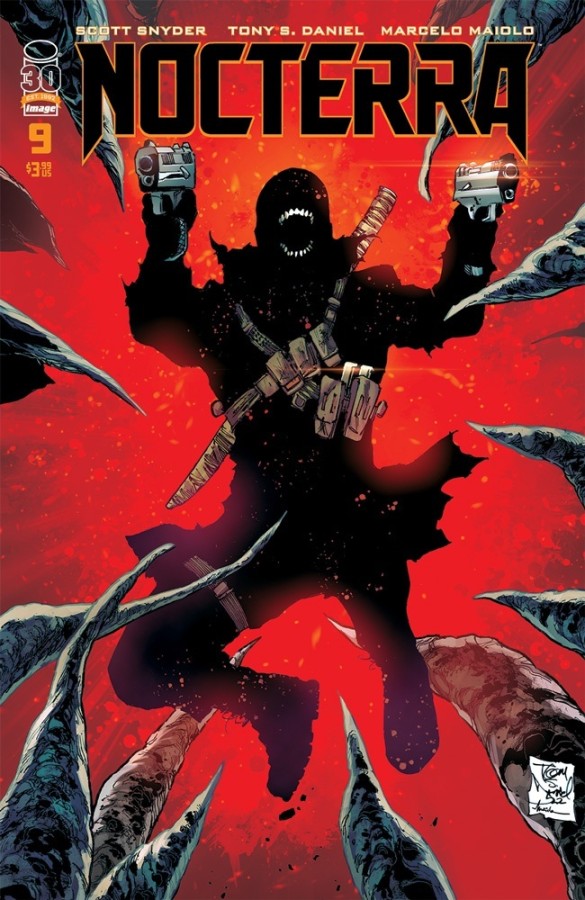 Scott Snyder and Tony S. Daniel…page 12.  The symmetric symbolism of that page alone is worth making it into a poster!

Blacktop Bill has replaced The Batman Who Laughs as my favorite Snyder villain creation.  Snyder is channeling his inner Stephen King with his own “Man in Black”…only this one has a grin that a dentist cannot even love.

Turns out Bill is a Houdini that can bide his time.  He needs this convoy as much as they need him.  However, turns out Snyder has been listening to an old Van Halen tune “Big Bad Bill Is Sweet William Now!” Again, page 12 is where we get the best artist rendering in the entire book, but also the best excerpt from the script by Snyder! 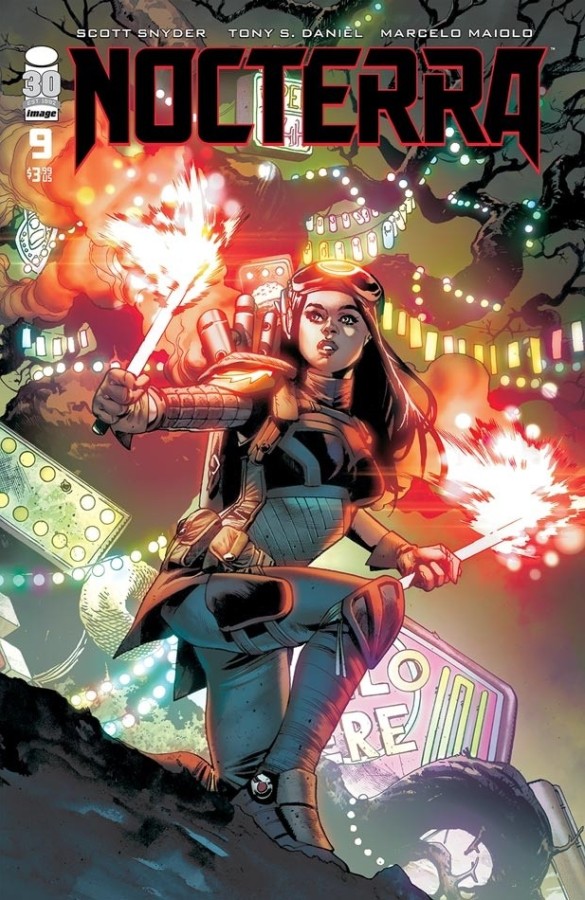 Tony Daniel and Marcelo Maiolo, when they give us a “bright start” of an imagined future like the frames below, the actual comic is going to be dark, dark, and dark!  No holds bar on the creatures being destroyed, but Bill is at the top of his game.  The enemy of my enemy is my friend… Bill has no friends! 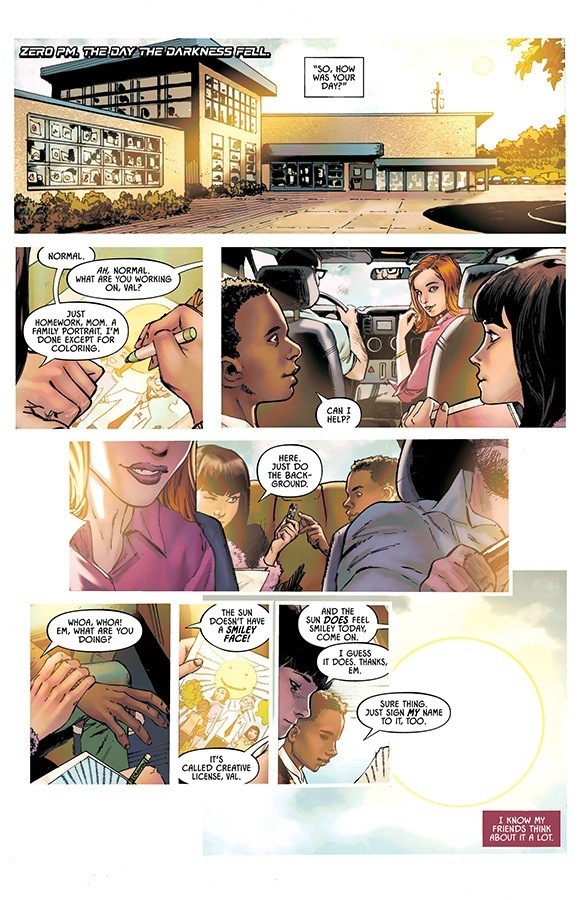 Nocterra… the recipes. Not only do we get a new lesson in Kingdom, Phylum, Plant, Genus, and Species with a new vocabulary of creatures.  But this convoy makes sure we know how to eat these horrible incarnations.  Hawkcoon?  Who knew that it would taste like… go ahead.  You give it a try! 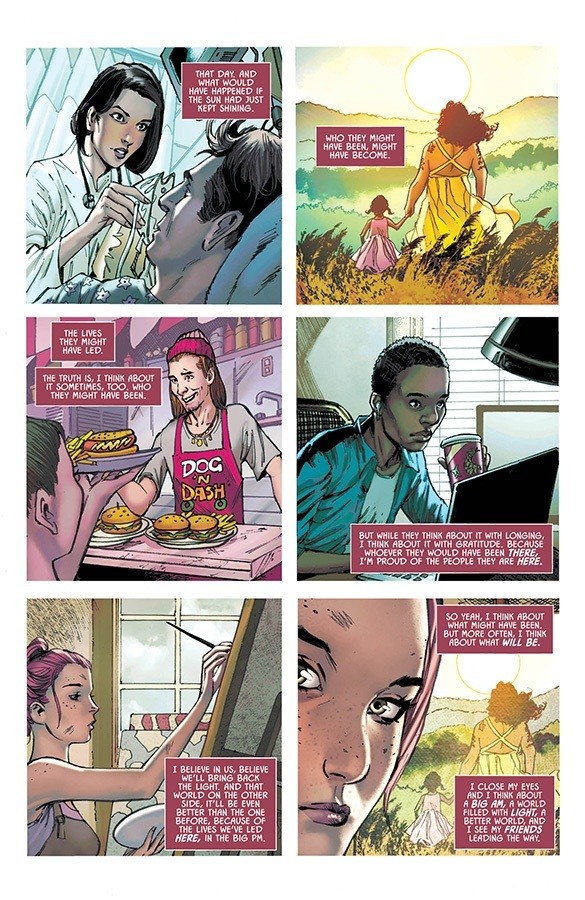 None!  Blacktop Bill in the midst of this convoy doesn’t disappoint. Picture Negan and The Governor working alongside Rick in The Walking Dead. That’s how “nasty” this is about to become!

BUY THIS BOOK! We are already beginning the second story arc! In fact, go out and get the Full Throttle Dark storyline in Trade Paperback form. If you’re not hooked yet, here is a link to the first issue. I keep touting both Daniel and Snyder as a dream team because they simply are. However, we’re now at a point where the convoy needs to arrive.  I need to see that “Last Stand”… pardon my Stephen King reference!