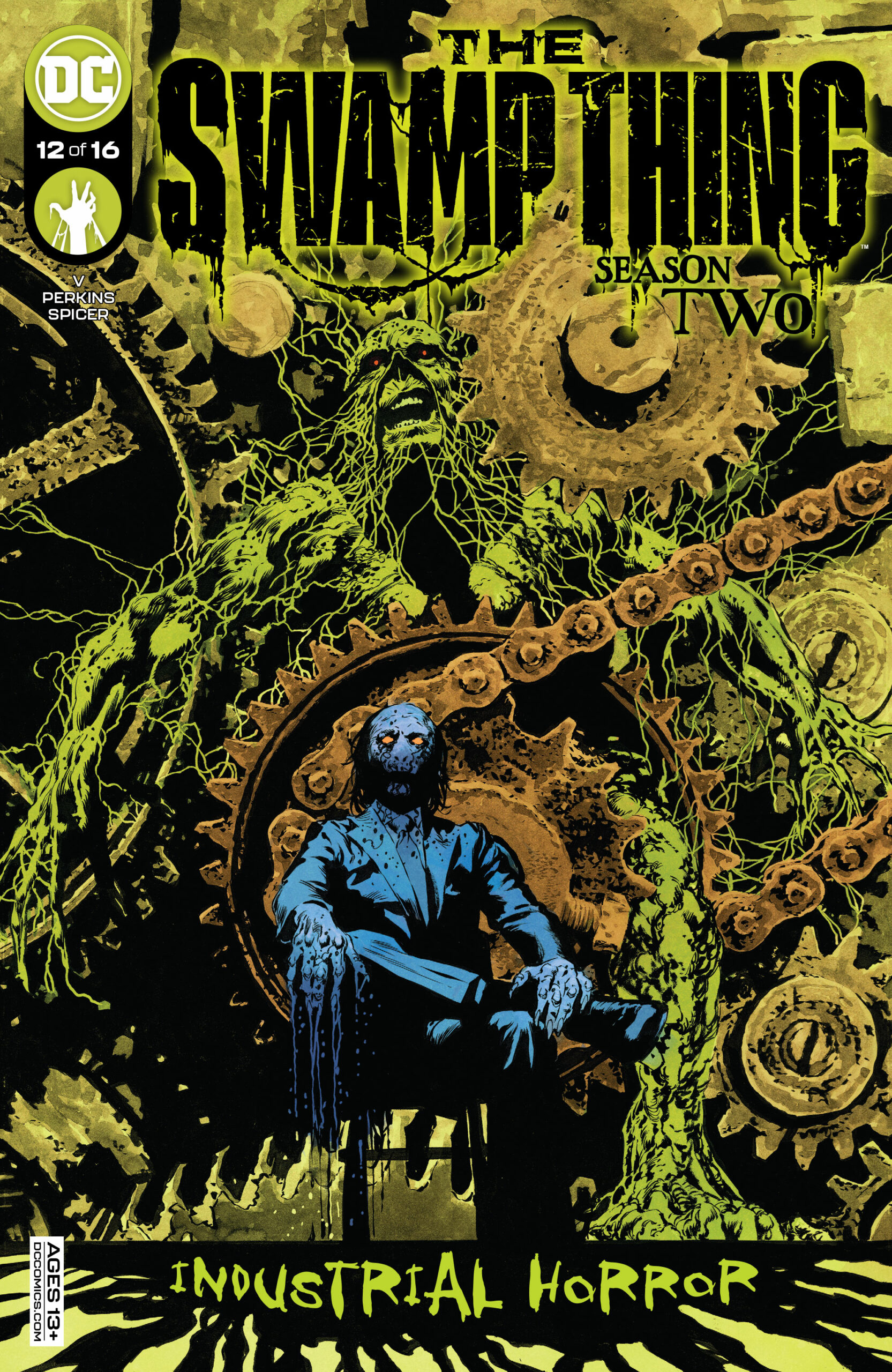 Jennifer and Tefe’s persistence pays off in bringing Levi back, but what new stirrings does he feel in the worlds…what new parliaments are on the rise?

The Swamp Thing #12 is awash in positives.  The whole series has been that way, so it’s no surprise.  This issue is most notable for the human element.  It’s not just Levi and Jennifer’s relationship, it’s Tefe’s willingness to help them and her won story as an example of the importance of humanity.  One would think this would make the appeal of the series universal and universally relatable.  What’s most striking about it is that it feels genuine.  Genuine in a way that it is central to the series. 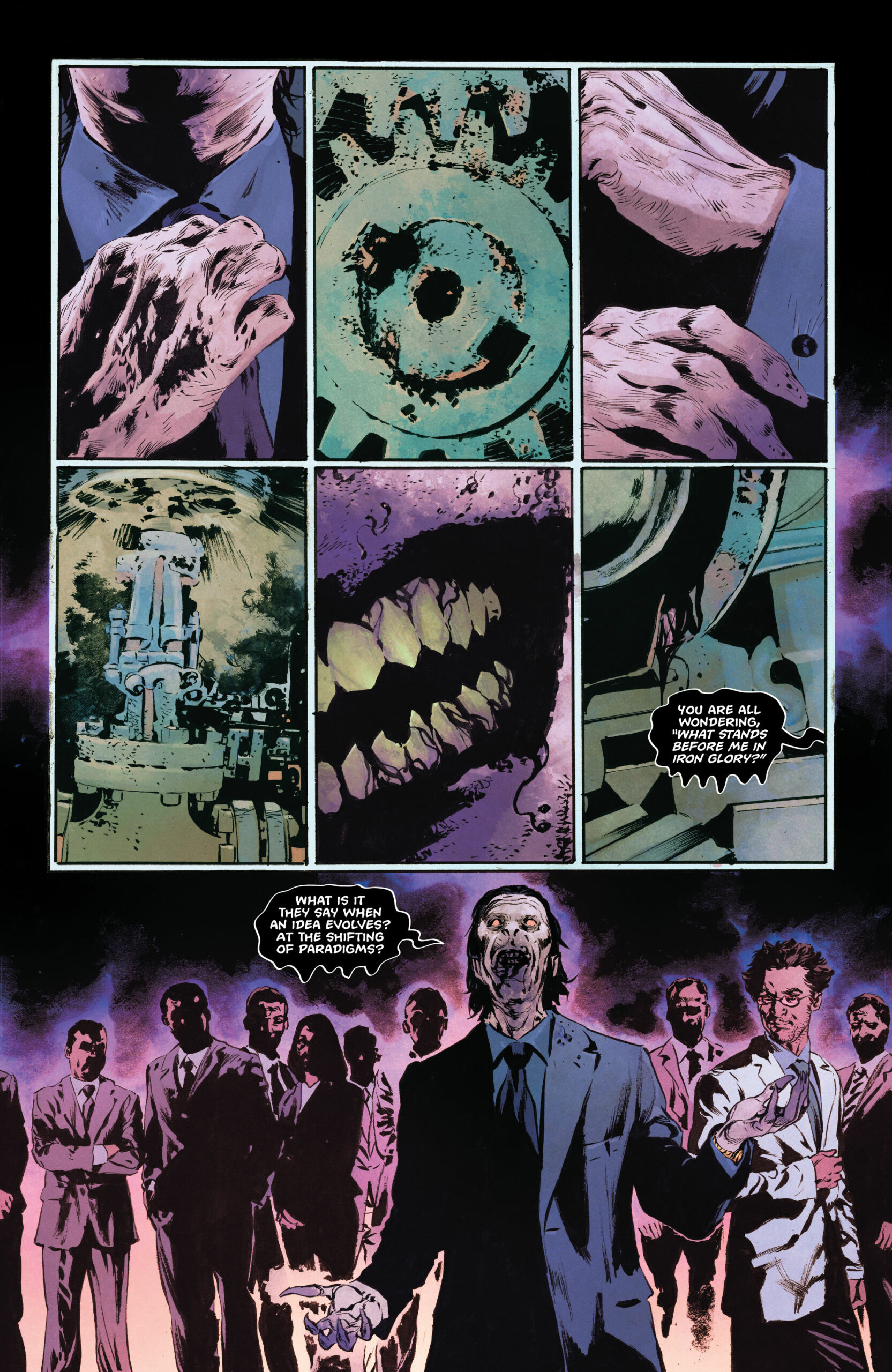 This is an excellent example of a writer knowing the themes that work for a character.  Not only the themes, but the history.  Last issue we saw Tefe enter the series and it was a great call back to the past.  V is not only about the past, though.  He knows how to move things forward while developing ideas and themes that have been around in Swamp Thing comics for years.  We see that as we are introduced to the idea of a Parliament of Gears as well as another new avatar- Trinity.  These ideas straddle the past and the future.  They feel like they fit and while they are new they are cut from the same cloth as the Parliament of Trees and the Green. 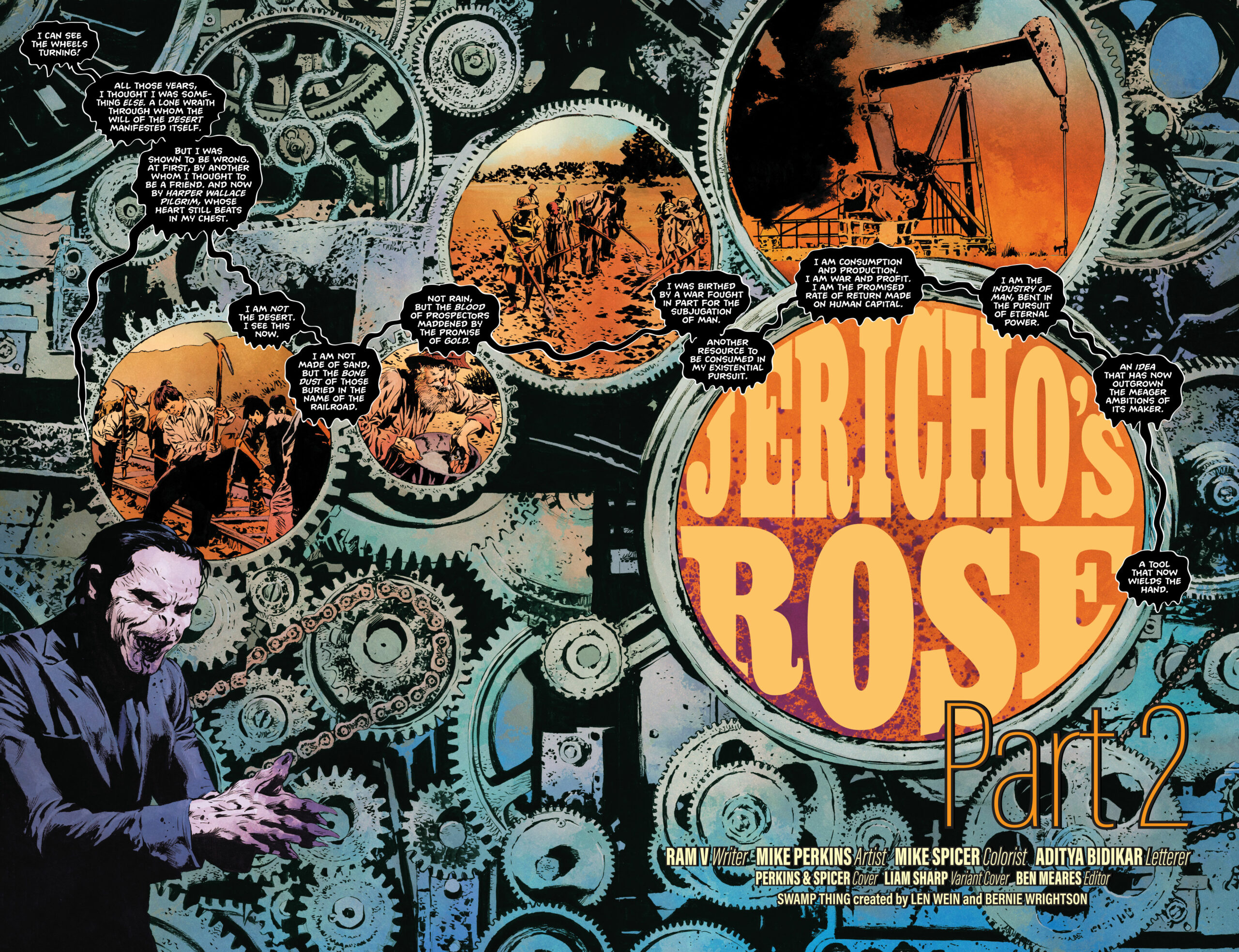 It’s difficult to say anything else about Mike Perkins and Mike Spicer.  Their work on this title is exceptional.  It’s a situation where they seem to be working as a team.  It’s almost as if the texture in Perkins art is echoed in Spicer’s colors.  I don’t think I’ve seen purples used in such an interesting and exciting way before.  Spicer clearly knows how to affect the reader with his color choices.  It’s not just scenes where the colors make sense, but the scenes where the colors don’t make sense, when they are expressionistic, like the purple skies of downtown Detroit in this issue.  What a choice! 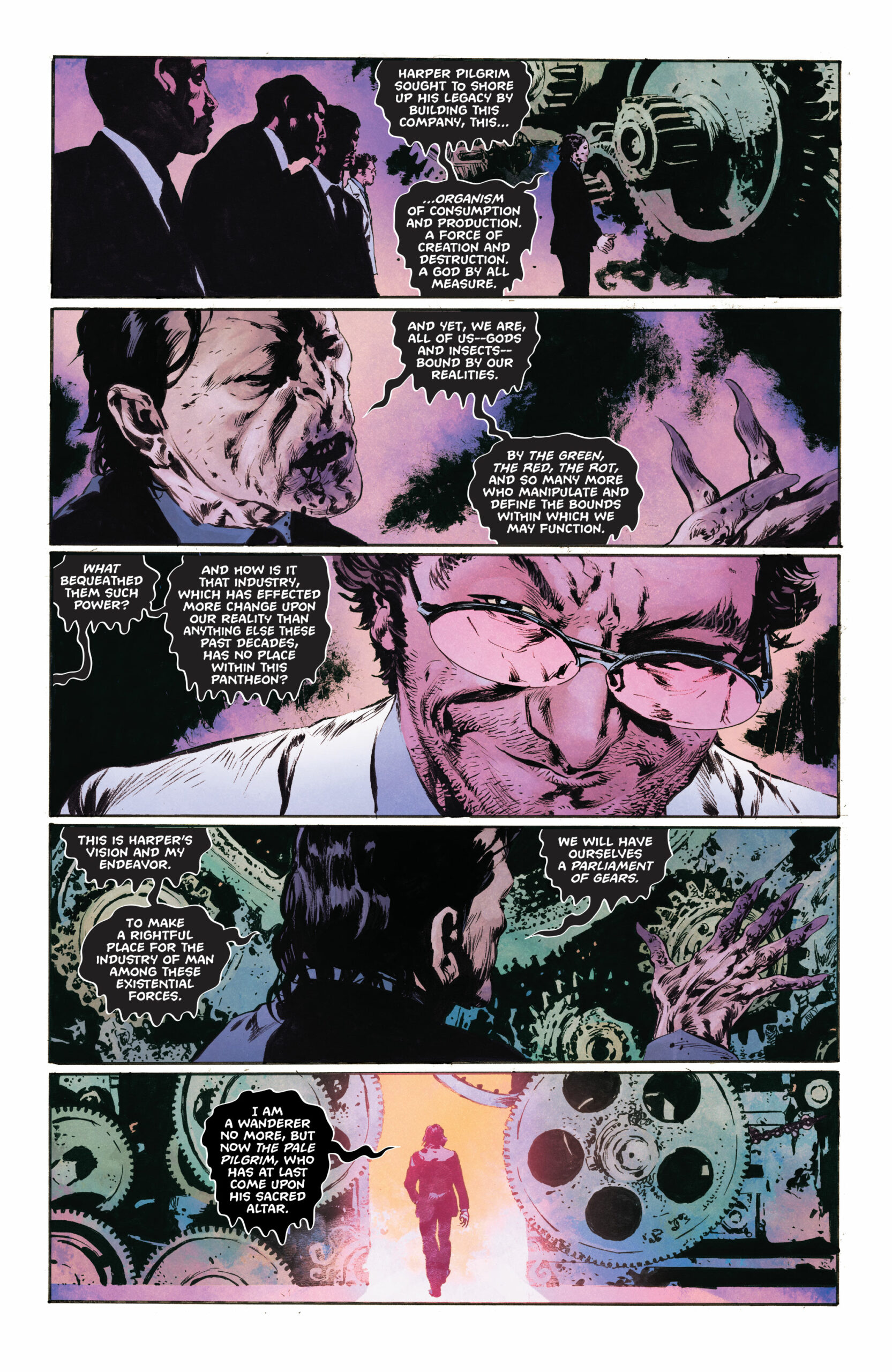 Again, Perkins goes into detail with some panels with the gears on the double page splash or the foliage in the forest and can also capture the tenderness in Jennifer’s face in a close up.  Aditya Bidikar’s choice of white on black lettering for the monologue in the opening sequence is great creative choice.  Along with the dripping word balloons it helps contrast this voice with the rest of the cast.  The same can be said when Trinity speaks in the final panel of the issue.  It tells the readers that this voice is different, there’s something unique going on here.

This is the spot where I’d usually mention the lack of a Pale Wanderer appearance, but I’m pretty sure there are a couple of oblique references in The Swamp Thing #12, so I’ll leave that one alone.  Otherwise, I’m running out of superlatives, and that’s a real problem because I want to continue to heap praise on this excellent book by an an outstanding creative team. 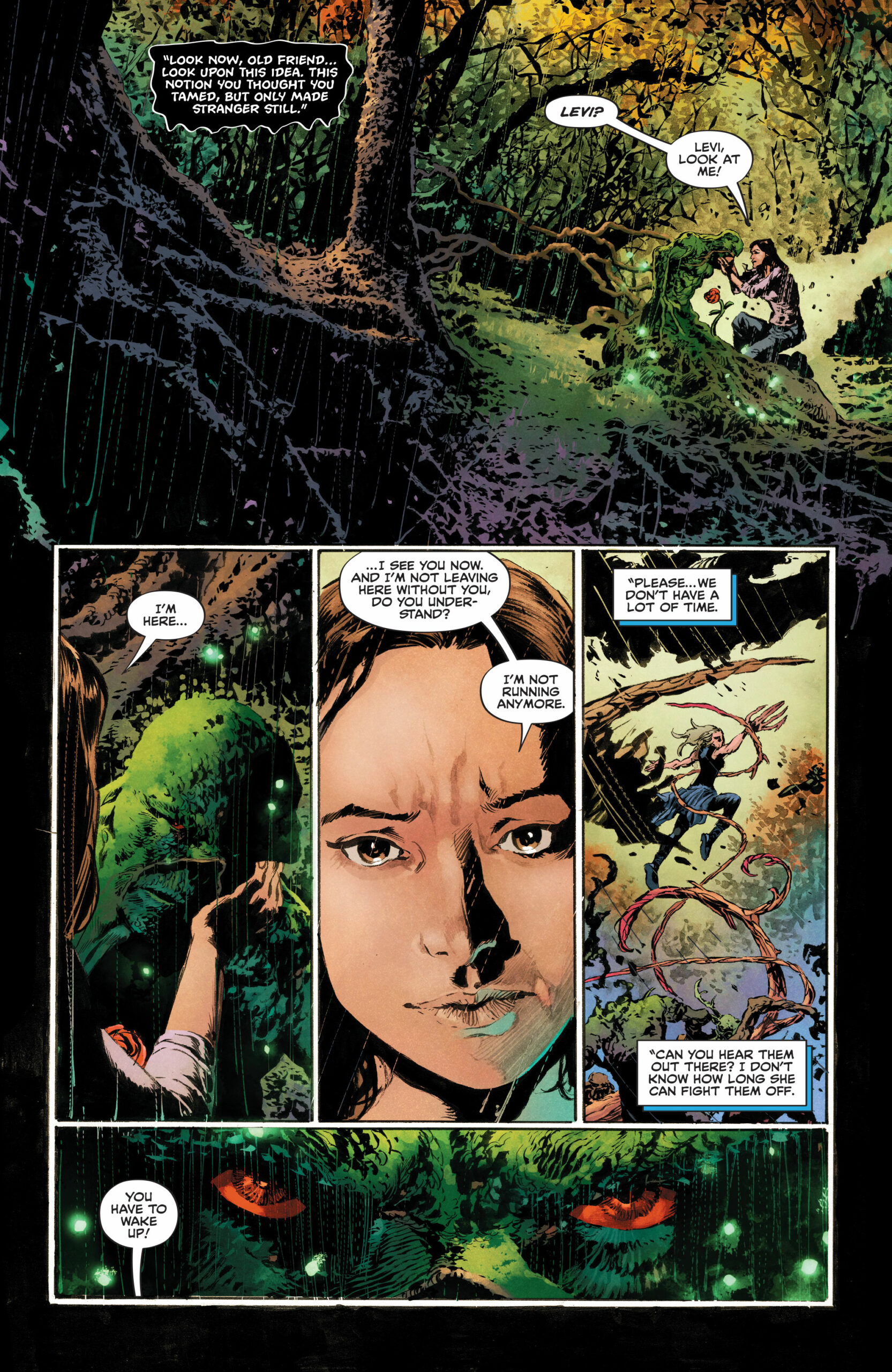 The Swamp Thing won 2021 by getting an extended life of six additional issue for a “season two” in 2022.  This issue exemplifies why this happened- the creative team understands the character, his world and how to tell stories that touch the reader while connecting to the past and pushing forward with new ideas that are germane to the concept.

Review: Trial of the Amazons #2