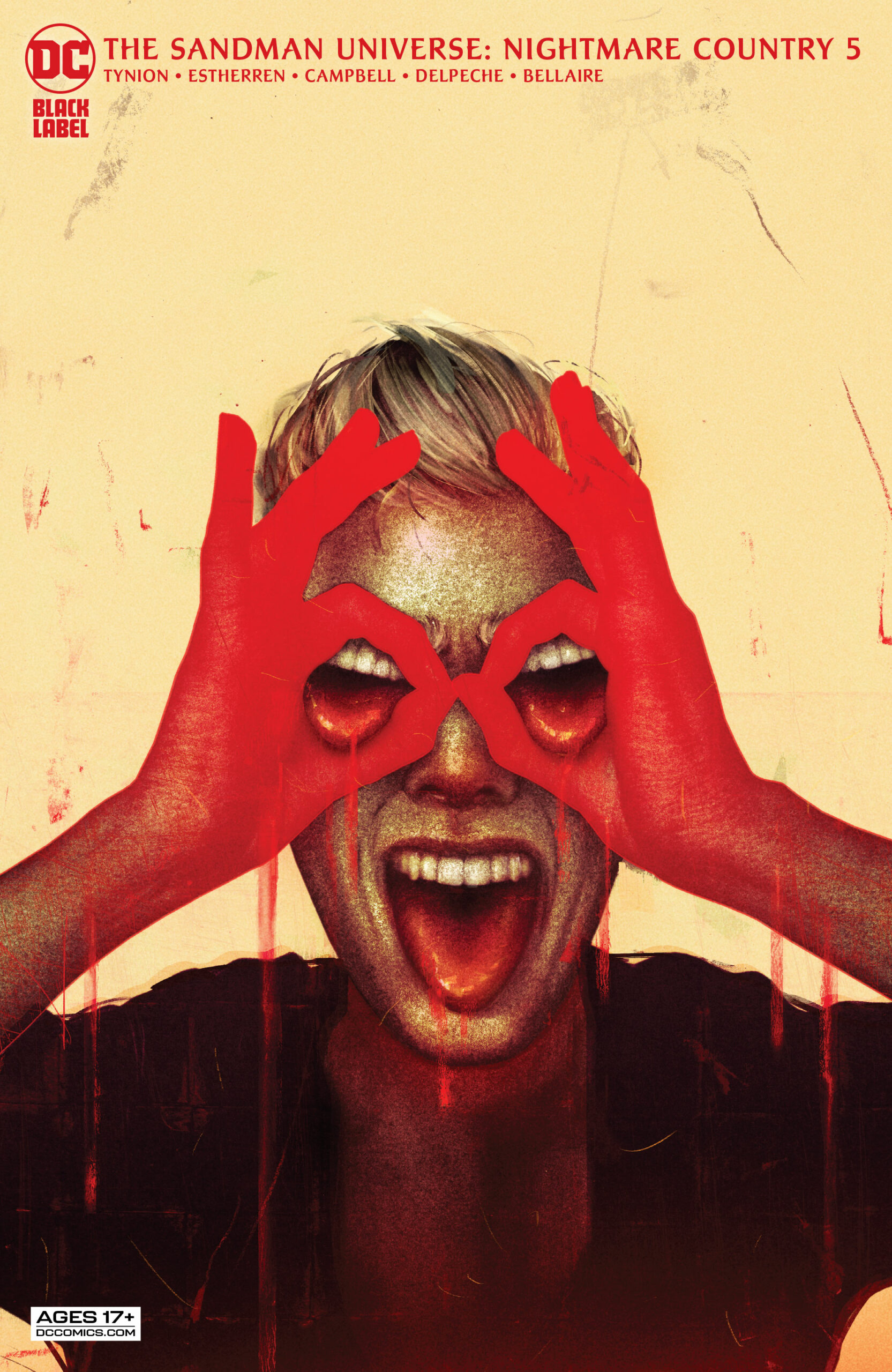 Sandman Universe: Nightmare Country #5 explodes onto the scene with revelations, Death, Dreams, nightmares, and more surprises than I would’ve thought could ever fit in a 20-page comic book.

Last month I said that issue #4 was the best chapter to date… this one has blown it right out of the water.

This is a great time to be a Sandman fan. Unless you’ve been imprisoned underground in a glass cage for a hundred years, you may well be aware that Netflix dropped their live-action Sandman TV show at the beginning of August. I don’t know whether watching it has colored my opinion of this issue, but the synchronicity between the volumes that have been adapted for the TV series and the story that’s unfolding in this title is nothing short of mind-blowing. 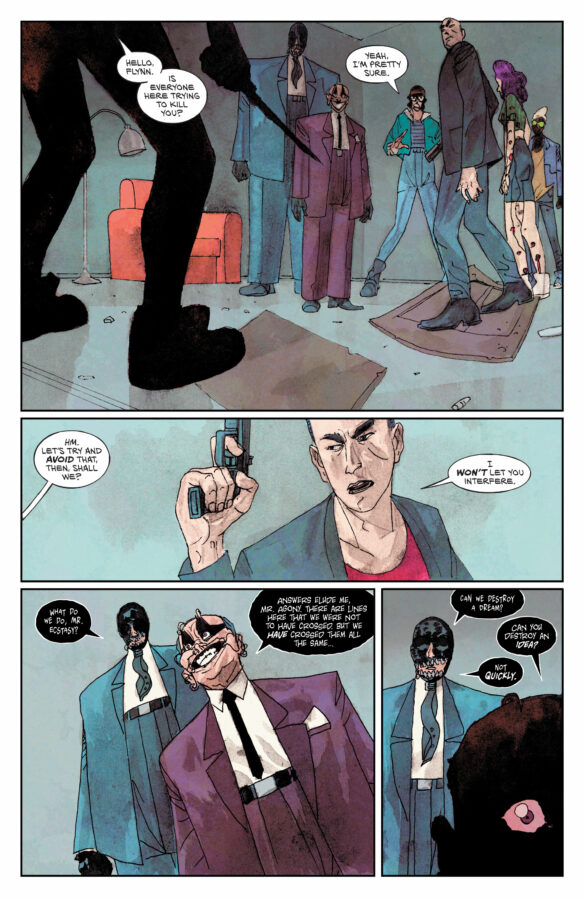 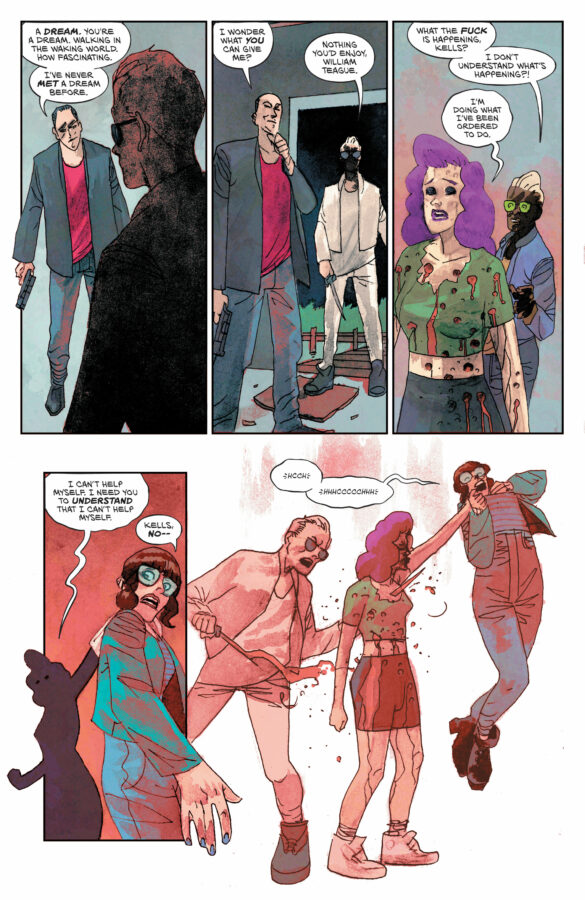 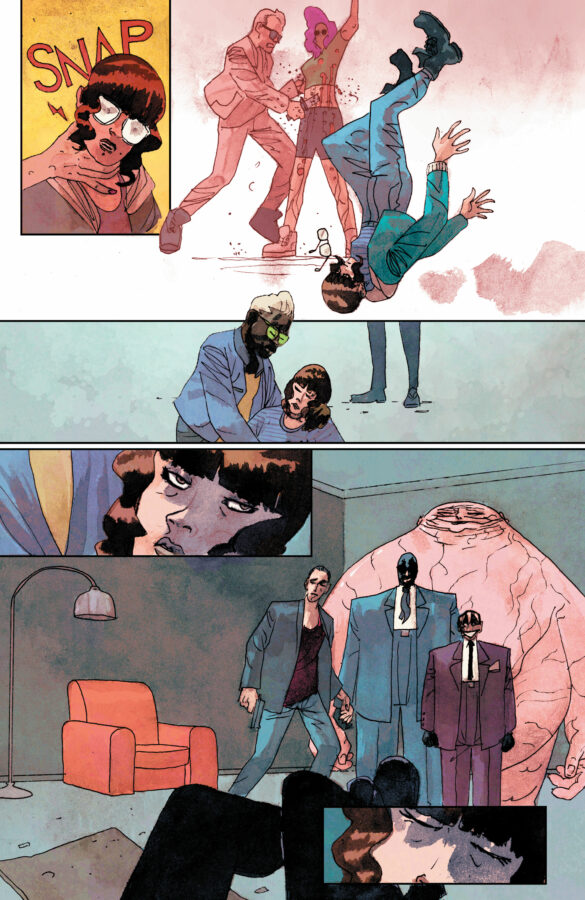 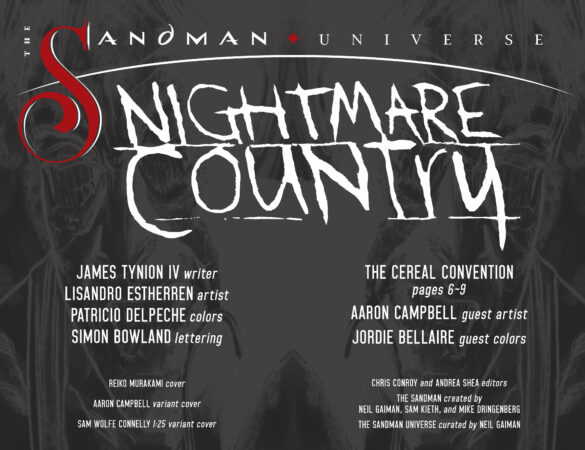 Either James Tynion IV is psychic, or he knew exactly which characters would be under the spotlight in the show. Sandman Universe: Nightmare Country #5 directly references “The Doll’s House” and also fits beautifully with the version witnessed in the TV adaptation. It’s absolute magic! To make the illusion even more mesmerizing, this issue’s reveal of Agony and Ecstacy’s mysterious employer is also a surprise that perhaps really shouldn’t have been.

Lisandro Estherren and Patricio Delpeche continue to wow with their art, but guest artists Aaron Campbell and Jordie Bellaire have blown my mind, too. This month’s “The Cereal Convention” side story, just like issue #4’s “Chaste” is a love letter to Neil Gaiman’s original, timeless, seminal Sandman run. I’m not spoiling who this issue’s main Dreamy guest star is, because the variant covers have done that for me, but there are still plenty of surprises in store that make this issue a must-buy comic.

Simon Bowland is a legend. Not only are his letters and designs for the new characters sublime, but he’s also managed to pay homage to the legendary Todd Klein in this issue too. Mr. Bowland has rapidly climbed into the highest levels of my favorite letterers’ list. Bravo, sir. 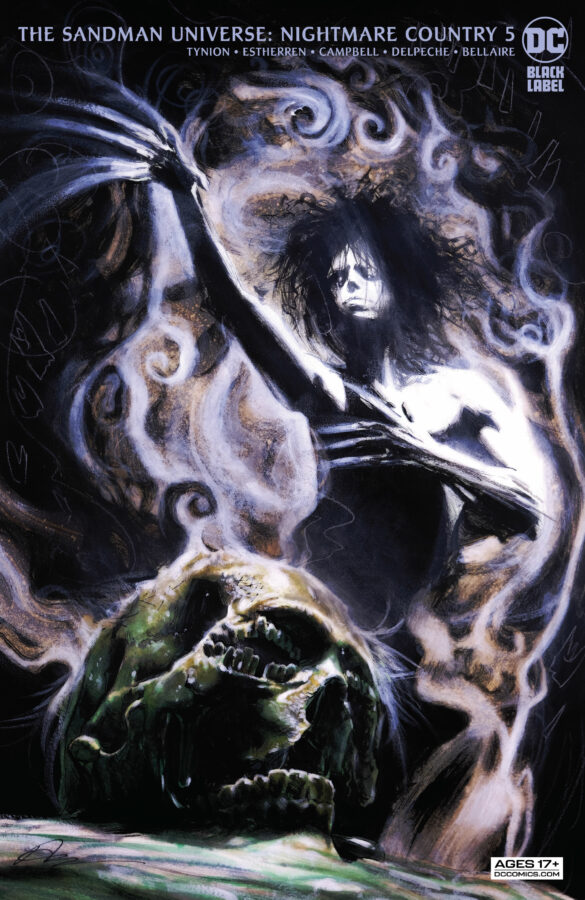 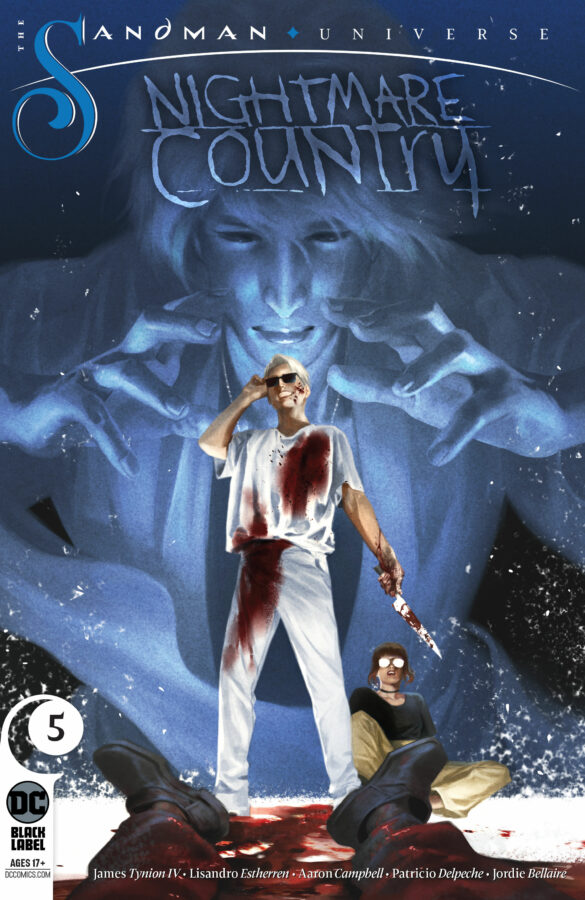 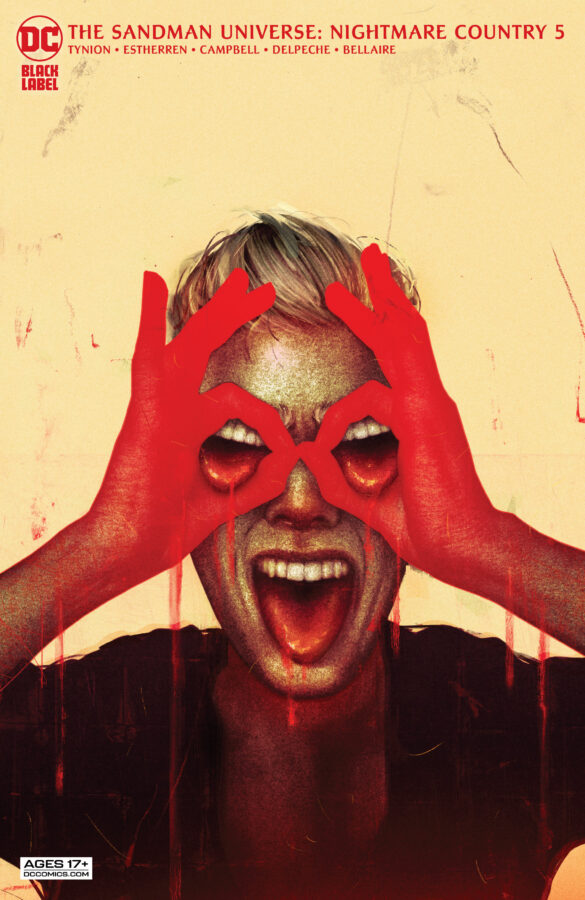 The wait for issue #6 will be almost as painful as the one for season two of the Sandman TV show.

Wow… I didn’t see any of that coming. James Tynion and the incredible art team associated with this book have delivered the kind of story that dreams (or nightmares) are made of. This book is fresh, innovative, and intriguing, yet full of love and admiration for the legendary tales that preceded it.

Sandman Universe: Nightmare Country #5 and titles like The Nice House On the Lake clearly show why DC are the masters of dark fantasy and horror comics for mature readers.