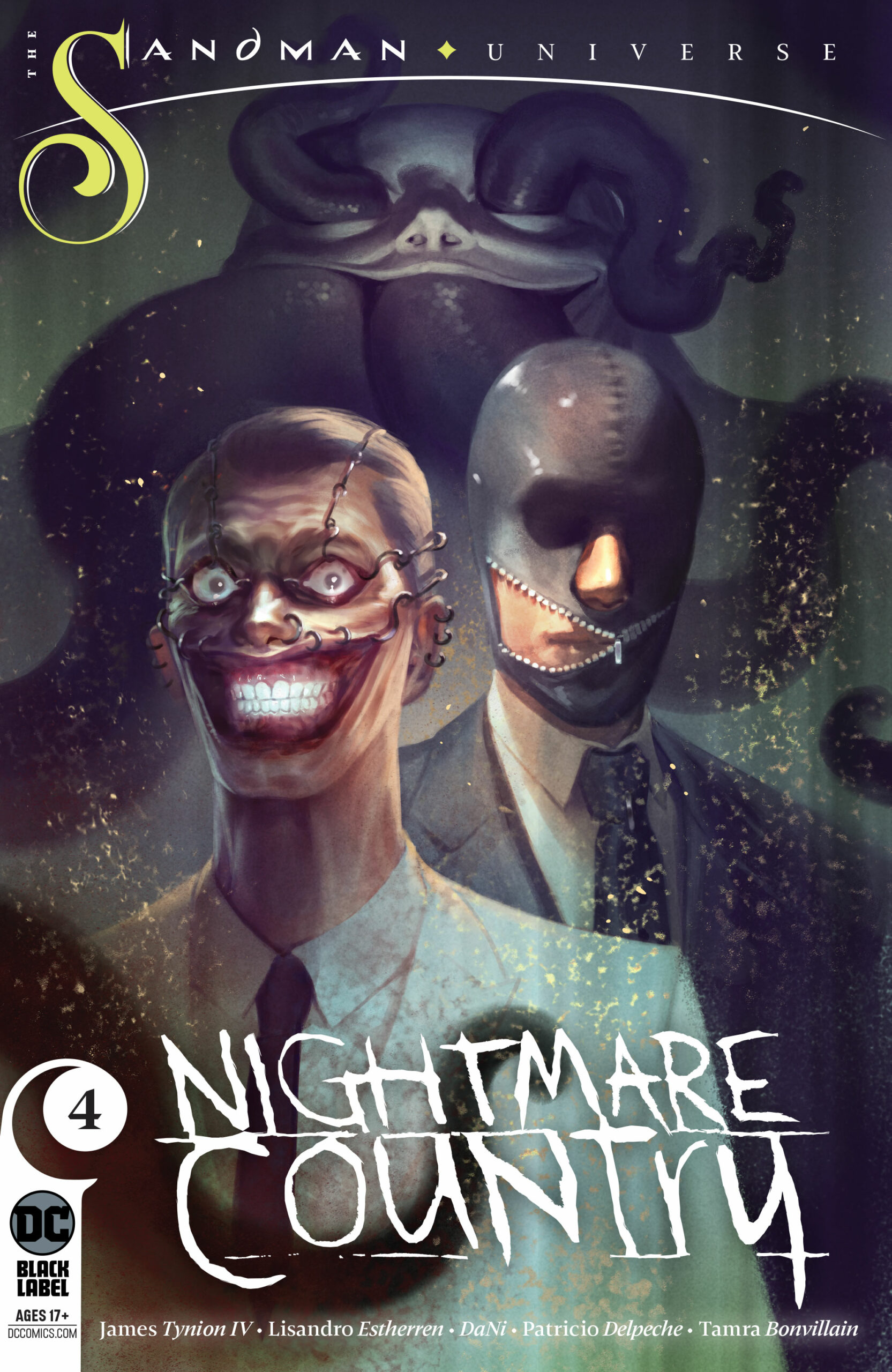 Madison Flynn is being stalked. Not out of misplaced love, or obsession, but by supernatural beings who want her dead. Her apartment has been burned down, and her best friend has been murdered. What makes matters worse is that all of this was just the beginning, as we discover in Sandman Universe: Nightmare Country #4.

Wow, I don’t even know where to begin, as this issue could actually be the strongest of the series, so far. James Tynion is writing an amazing tale and artists Lisandro Estherren and Patricio Delpeche are bringing his nightmares to life. The surreal quality of the art adds so much to the feel of this book and I don’t believe any ultra-realistic or even fully painted work would do the story as much justice. The dream-like, cartoony style of Estherren, coupled with the hues of Delpeche, give readers a world that seems to be just on the wrong side of a cracked, cursed mirror. 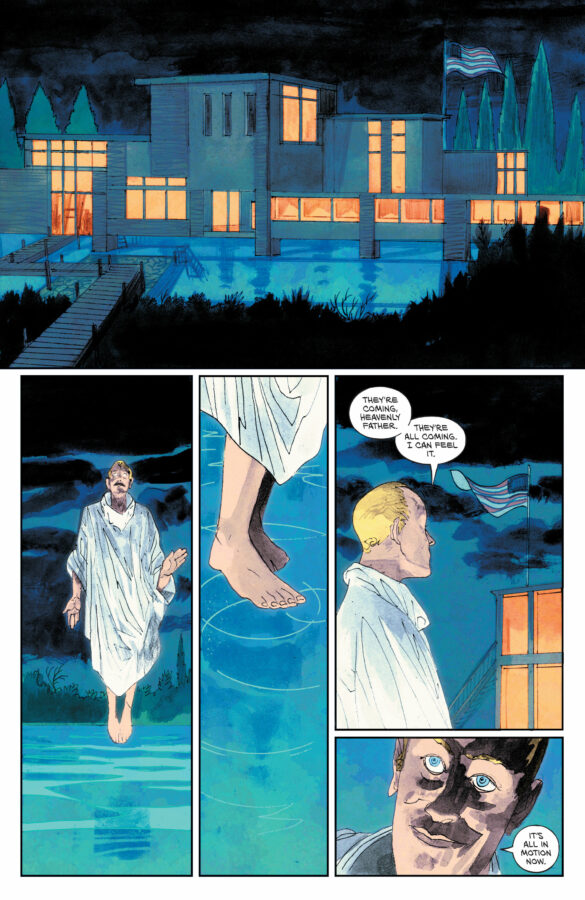 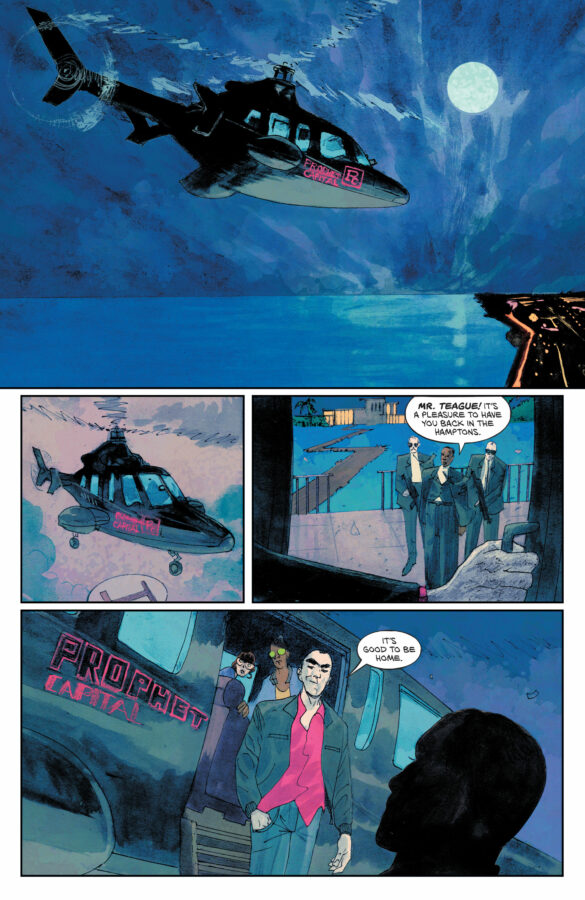 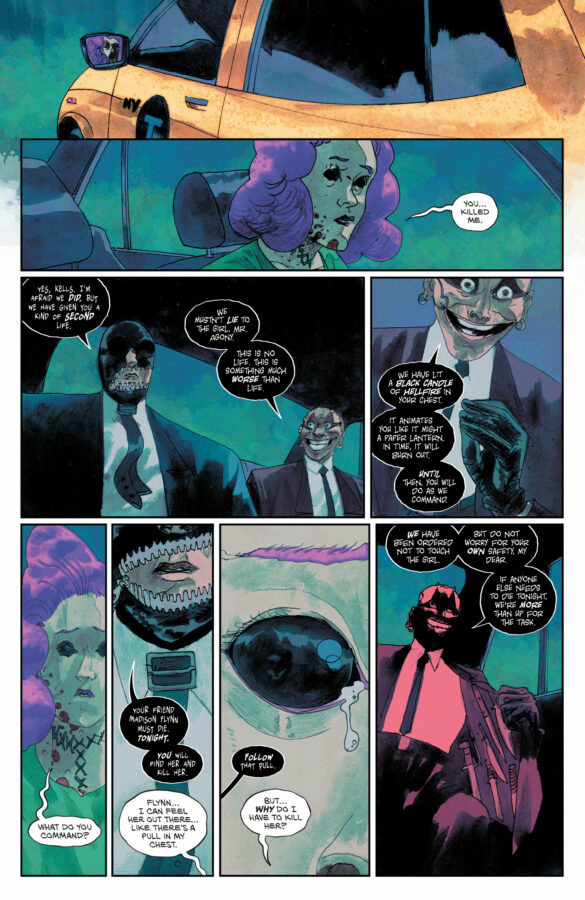 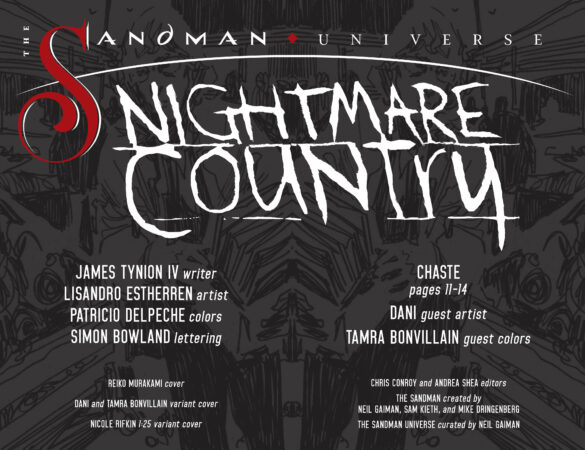 Simon Bowland is also absolutely killing it… not in the same way as Agony and Ecstacy, but you know what I mean. Subtle touches like the murderers’ white-on-black dialogue and the switch of fonts during the “Chaste” interlude all add even deeper layers to the final look of the book.

As for that interlude… wow! Anyone who knows me, or who regularly reads my reviews, knows that I’m a child of the Alan Moore era Swamp Thing, Neil Gaiman’s original Sandman epic, and all the Vertigo/DC Black Label books that followed them.

Seeing Moore’s Boogey Man referenced (Swamp Thing Vol. 2, #44) alongside the Corinthian’s debut story (Sandman issues #9-#16) made my heart leap with joy. Those classics, for me, were when comics grew up, so seeing them honored and expanded on is a delight.

Dani and Tamra Bonvillain also pulled the rug right out from under me. From the beginning, the backup strips in this series have been part of the ongoing narrative, rather than an extra story tacked on at the end of the book. This month, I didn’t even feel or notice the transition. Philip Sitz’s story revolted and fascinated me, just as it did back in the 90s, and flowed with the main tale so perfectly that I was blown away. 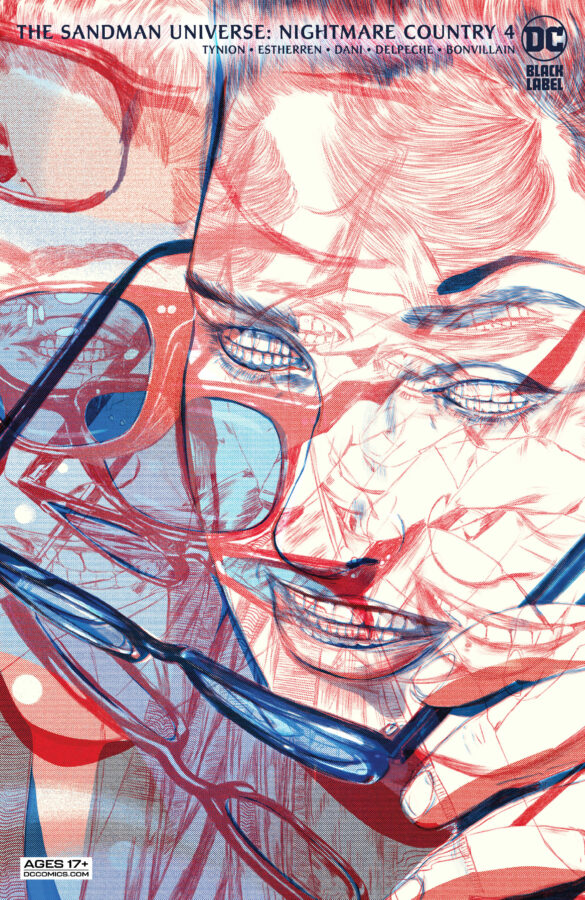 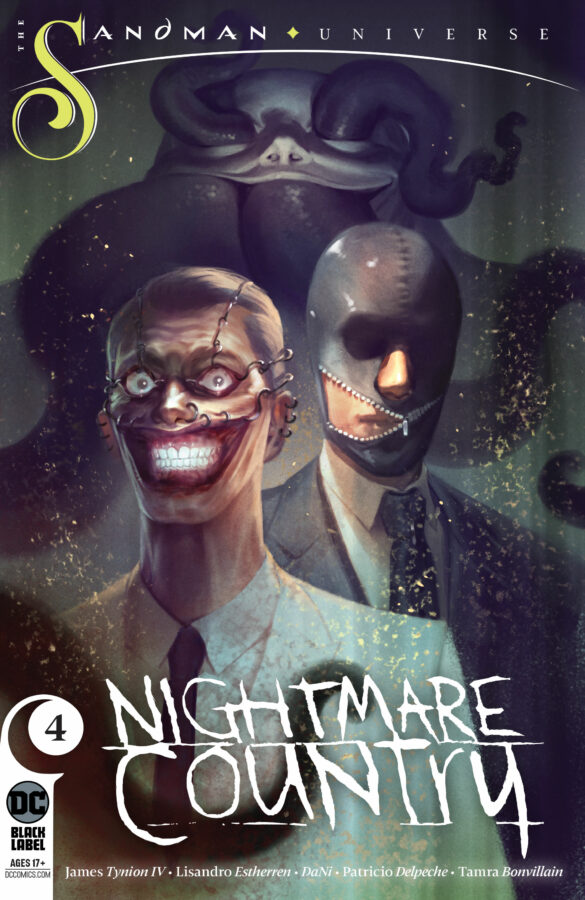 Apart from maybe having had Simon Bowland do the lettering on the side of the helicopter, I’ve got nothing. Even that’s just nit-picking.

Sandman Universe: Nightmare Country #4 is about as good a comic as anyone could ask for. Shocks, horror, betrayal, violence, and dark fantasy at its very finest. This series will happily sit on the same shelf as my Sandman originals because it’s more than worthy.

Netflix Debuts Official Trailer For THE SANDMAN At SDCC 2022