It’s the end of “Wrath of the First Lantern” and the end of an era as Geoff Johns pens his final issue.

We have been following the “Wrath” storyline for months and here, finally, is the payoff issue. The credits page reads like a guest list at a
con – there is a lot of talent in this book and it shows. The story is Johns’ love letter to the Green Lantern universe he created and nurtured over the past 10 years. Almost every major element from his run is brought back to life on these pages. From Parallax to

Nekron and everything in between, this story feels epic.

Hal Jordon takes center stage with his entire life played out before us. He is the hero of not only this story but the Green Lantern Corps as a whole. We also get to see the excellent execution of a fulfilled prophecy, Hal becoming the greatest Black Lantern of all time.

With this many characters coming together, it is tough to believe that any one power could pose such a threat to necessitate so much firepower. Valthom, however, feels like a universal threat. He has the power to rewrite the history of the universe, so it is justified that two of the most powerful and evil villains in Green Lantern mythology are brought in to fight him. The use of Nekron and Parallax could have come off as far fetched, but in this story it builds a narrative that this will be the fight of the ages. Anything goes.

The final resolution to the Guardians is another triumph. When Hal begins his speech on never giving up on Sinestro, we get the feeling that we have all read this type of issue before. Our hero is going to talk the anti-hero into doing the right thing. At the end of Hal’s speech, however, we get the simple, gut-wrenching response from Sinestro: “they are already dead.” This definitive moment sums up pretty much everything you ever wanted to know about their relationship and makes the issues of Green Lantern since the New 52 that much more memorable. They will always be friends. It may sound strange, but in a story with this much emotional content, this feels like the real heart of the story.

The only major problem I have with this book is that the future of every major character in the Green Lantern Universe is now predetermined.  The execution is great, but the concept is disappointing. If the next writers are not willing to change these character’s

futures, the storytelling could become very predictable. Likewise, if they do not adhere to these futures then this part of this story has no meaning.  I understand that Johns wanted to leave his mark on his creations, and he certainly has that right, but I find myself wishing that part had simply been skipped.

Also, as much as I enjoyed the way the deaths of the Guardians were handled, the fact that we have backup Guardians is a bit of a cop-out. I would have liked to have seen the leadership and business of the Green Lantern Corps handled by the Corps from here on out.

This is a tremendous ending to not only the Wrath storyline, but Johns’ entire run on Green Lantern. I enjoyed the issue in almost every way you can. The art was crisp and every time you turned the page you were simply overwhelmed with everything that was going on.  The price point is a bit high at $7.99 but it reads and feels more like a graphic novel than a single issue comic. It is worth it. If you have ever been a fan of Green Lantern during Johns run this issue is a must-own. 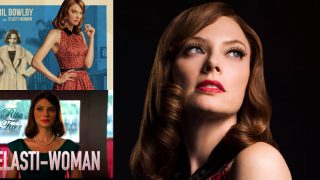 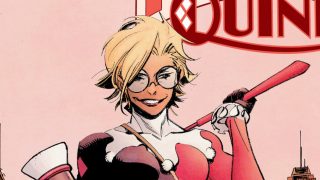