MOS: Fate of Your Planet Trailer #4

Trailer #4 has come out and it’s called “The Fate of Your Planet.” Click the jump to see more.

Everyone’s been asking for more action for the new superhero movie, Man of Steel. According to sources from Zack Snyder (director) and David S. Goyer, the movie is not as serious as the trailer make it seem to be. Instead, there is plenty of action in the movie. Since this is the first Man of Steel movie and Christopher Nolan is attached to it as producer. There is a higher chance of this movie having similar elements of Batman Begins. Where we will see very few scenes of Bruce Wayne being Batman. It’ll probably be the same for Clark Kent as Superman towards the end he’ll wear the suit.

Trailer #4 has so much more action. Faora is menacing as hell. Air Force jets falling out the sky and slamming into buildings. Michael

Shannon who plays as Zod, continues to be such a wonderful villain. In this trailer, we have a small glimpse of what could be the Phantom Zone as Henry Cavill’s Superman is dragged into the skeleton rumble. There is so much going on in this trailer, you just have to see it for yourself. See the trailer below. 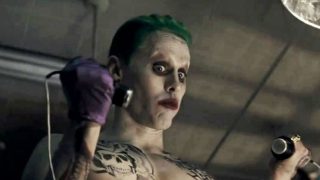