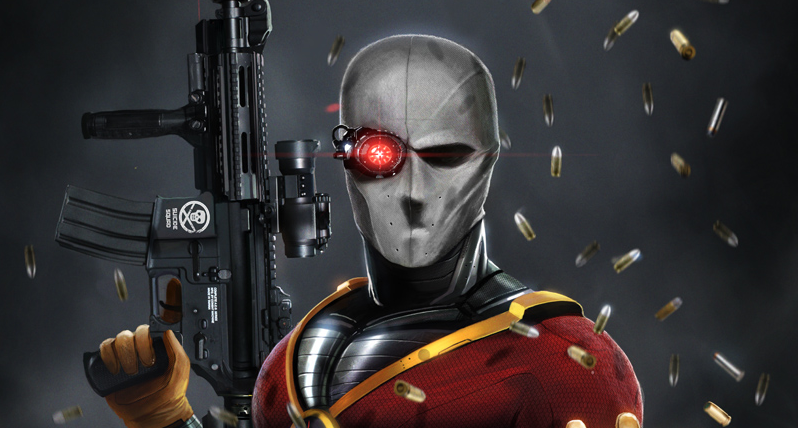 I was trying to come up with a few words to easily sum up this one-shot involving The James Dean of the assassin world and all that really ended up coming to mind is…well, this issue is phenomenally average.

This one-shot comic involved with Villains Month can really only be described as average. It’s right in the middle of being an enjoyable comic with no real distinguishing features or large hook that pushes it beyond average, and on the other side there’s nothing really awful that pulls it down into the void of suck.

The comic written by Matt Kindt and illustrated by Sami Basri & Keith Champagne doing the present sequences, while Carmen Carnero & Bit draw the past sequences. If you haven’t put two and two together JLA# 7.1 is a comic that dives into Deadshots past, his childhood and how he became the never-say-miss assassin that he is now.

It’s interesting to see the past life of one of DC’s most notorious villains come to light and that we get to know Deadshot on a deeper level than we’ve previously known about in the past.

Most of Kindt’s dialogue and internal narrative from Deadshot is pretty solid and gives us a good feeling of passion and emotion from Deadshot. The illustrations from Carmen and Bit in the flashbacks are also fairly solid and enjoyable to look at.

While it is nice that we’re getting to see more of Deadshots history and get to know him a bit better, the story ends up being extremely generic, especially his motivations for becoming an assassin, and what his childhood was like. Due to this being only a one shot obviously that limits how much you can stuff into one book, and the choice to have both present day events involving Forever Evil, and the flashbacks to his past doesn’t allow either timeline to really be fleshed out or have much weight to it, it just leaves us with the feeling that we’re waiting for more rather than getting any kind of satisfying payoff.

Coupled with the lacklustre art from Sami Basri & Keith Champagne during the present day sequences that has far too many moving dynamic backgrounds and bodies that just seem to mush together at times, these flaws keep JLA #7.1 from being anything other than a purely average comic at the very best.

This one-off I would only suggest to hardcore Deadshot fans who want to know more about his sordid past, though even then I’m not sure it’s something worth going out to buy. It’s something you’d pick up on a whim, read, bag, and think “well that was all kinds of OK!” 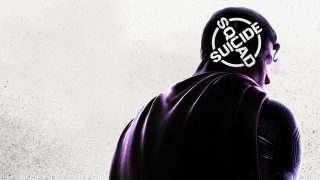