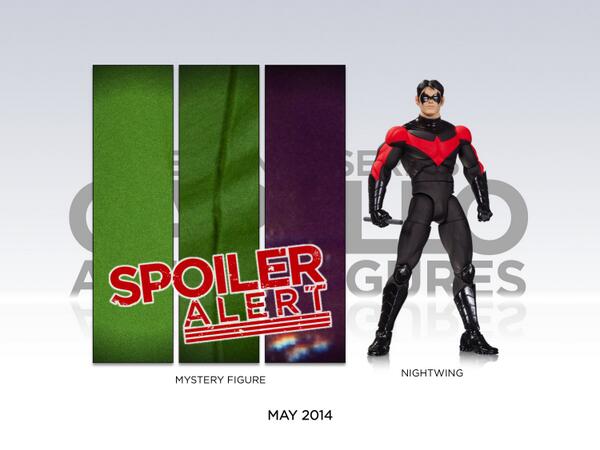 Check out what to expect from DC Collectibles for 2014. Click the jump to see more.

Next up is the Two-Face statue from Batman: Arkham City, which is up for $24.95 US and will be available on April 2014. See the image below:

As for the usual spoiler alert from DC Collectibles, there is a possibility that The New 52  Riddler will be the next statue due to the panel discussion from NYCC 2013. See the 30 mintue video footage above. However, the Arkham City Riddler was shown as a solicit for April 2014, see the image below.

Other New 52 Batman characters coming out 2014 are Greg Capullo’s Batman, Talon, and Nightwing Action Figures along with the green and purple spoiler alert. See the images below:

You can also check out the updated New 52 version of the Crime Syndicate up for 2014 solicits as well as the Earth 2 characters and the Suicide Squad (Deadshot, Harley Quinn, and Boomerang). Also in celebration of Forever Evil, Lex Luthor and Bizarro  coming in May 2014. See images below:

Please view the 30 minute video footage above to see when most of these figures will be coming out in 2014.