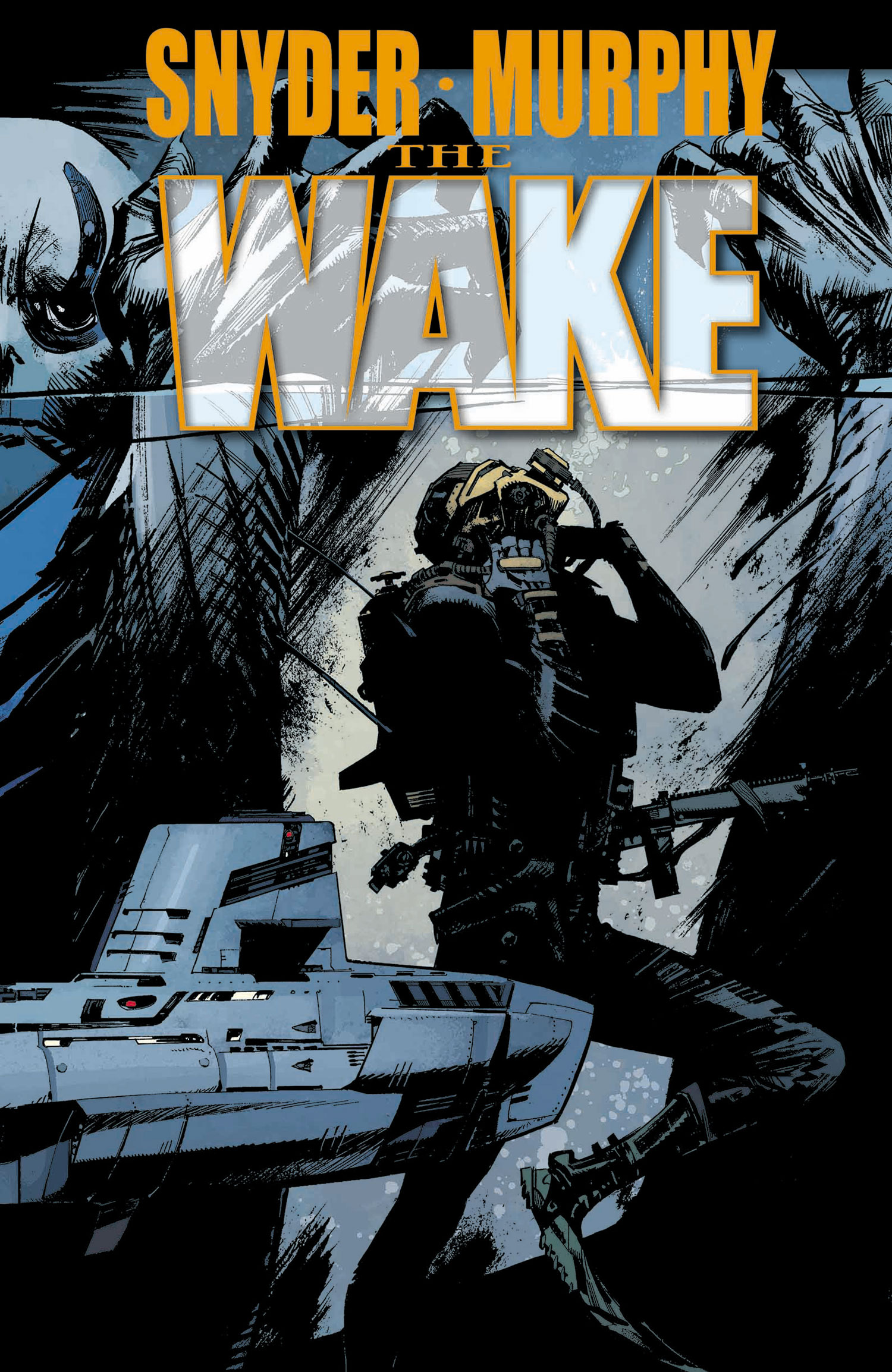 The Wake #5 brings the first half of Scott Snyder and Sean Murphy’s deep-sea thriller to a close. Limited series often have at least one or two issues that get marked as ‘filler’ because the plot doesn’t advance, the characters don’t grow, there’s too much exposition, or a combination of all three problems. Built upon a growing womb of suspense, The Wake has been paying off in dividends each and every issue by making each chapter integral in it’s own way.

Snyder’s writing style is one of the best in the industry right now because he still has a few toes dipped in the novelist pool. Unlike, say, the Scott Lobdells and Ann Nocentis out there who believe it necessary to explain every single detail, Snyder understands that figuring things out for themselves is what makes readers come back for more. Not unlike university courses where the professor forces the students to find the answer instead of giving it to them—and thus making the information that much more clear—Snyder shoulders the responsibility of piecing together the plot onto the reader.

This isn’t a bad thing.

Superhero comic books often rely on direct exposition because that’s just the nature of superheroes: they’re responsive. Something goes wrong, the hero jumps in to save the day. Readers know what’s happening and want to see how it plays out. Thrillers, on the other hand, thrive on a lack of information.

Would this series be as good if we knew from the beginning that these mermaids have been terrorizing humanity throughout history? Would it be as satisfying to know exactly why these characters were risking their lives at the bottom of the ocean surrounded by bloodthirsty cousins of the human race? The answer to both questions is a resounding ‘No’. In fact, it would defeat the purpose of the story altogether.

What sets The Wake apart from other thrillers, though, are the characters. Each one feels like an actual person with actual emotions and motives. Over the course of only five issues, Lee and Meeks have become two of the most interesting and enjoyable characters in modern comics. Meeks, who only understands the language of violence, keeps the group of researchers and scientists on their toes, reminding them that even he—one of the most skilled, intelligent, and ruthless hunters on the planet—is having trouble understanding what’s happening to them. Lee brings the emotional core to the series, with Snyder using her to bridge the gap between the sequences set in the prehistoric past and the current state of things.

Sean Murphy’s artwork—while incredible in it’s stylization and tone—gets a bit muddy from time to time.

Snyder and Murphy have crafted one of the best comic books in recent memory.  The Wake showcases just how brilliantly Snyder can design a thriller without sacrificing character development, while Murphy’s art perfectly captures the mood of the story, adding a sense of urgency and erraticism to an already heart-pounding series.