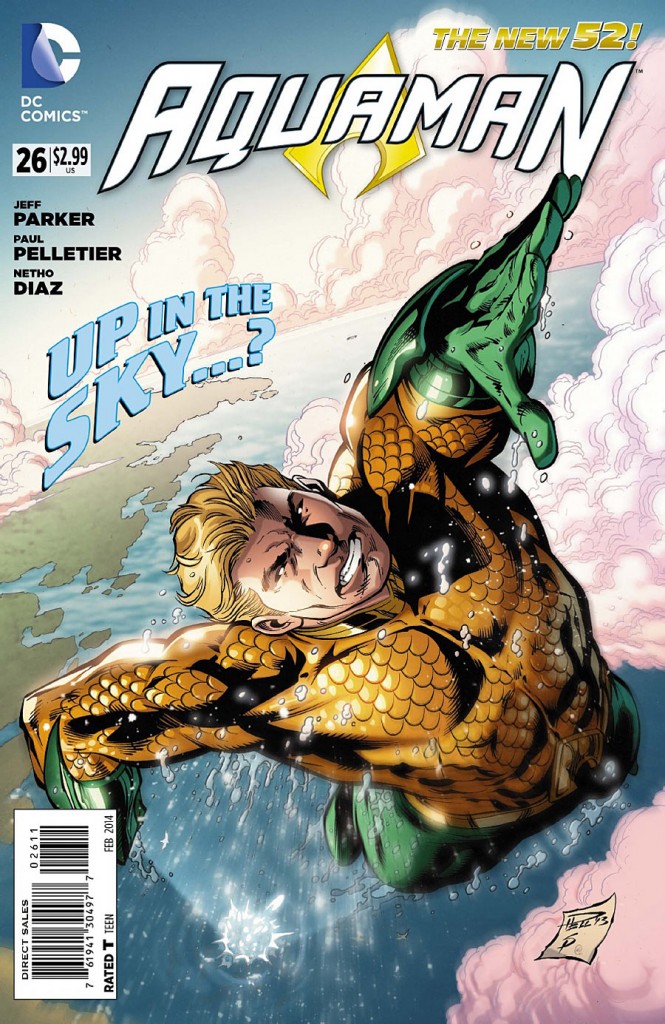 After two years worth of Geoff Johns’ Aquaman, newcomer Jeff Parker is here to take the reins. Unfortunately, Parker’s run is off to a rocky start, as Aquaman #26 is full of filler and not much else.

The pages penciled by Paul Pelletier are just as outstanding as usual. It is always a delight to see Pelletier’s imagination run wild with the ever-diverse Atlantis. Pelletier’s pages are a stark contrast to Netho Diaz’ pages this issue.

Though the issue may be filler, readers are treated to seeing the biggest punch Arthur Curry has ever mustered, by his own admission.

Artist Netho Diaz does not seem experienced enough to be on this comic team. The pages drawn by Diaz are jarring and distracting, and the characters are almost unrecognizable. To be blunt, Diaz can’t seem to draw faces all that well, in general. Diaz’ artwork detracts from the run in it’s first issue.

Aquaman #26 is helplessly boring. The whole issue revolves around Arthur being cautious when dealing with the Royal Council of Atlantis while the councilmen grumble about Arthur being from the surface. Eventually, Arthur goes to beat up a giant sea creature, but there is little excitement in that either. Apparently, the creature used to defend Atlantis and answered to the King, but doesn’t answer to Arthur because the comic needed a monster for Arthur to fight.

This issue re-establishes many things readers already understand. Arthur is an outsider king, and is viewed that way by his people. Also, Mera is seen as an outsider unfit to be queen. The idea that these two don’t belong in Atlantis has been well established and doesn’t need restating. Instead, these concepts need to be used to fuel future stories. Revisiting these themes without adding anything new does not help an already boring issue.

There is some value in seeing the council’s disregard for their king, but honestly, there should have been more to this issue than that. Jeff Parker really needed to start his run off with a bang, but with Aquaman #26, he certainly did not do so.