Flash costume on set and in action 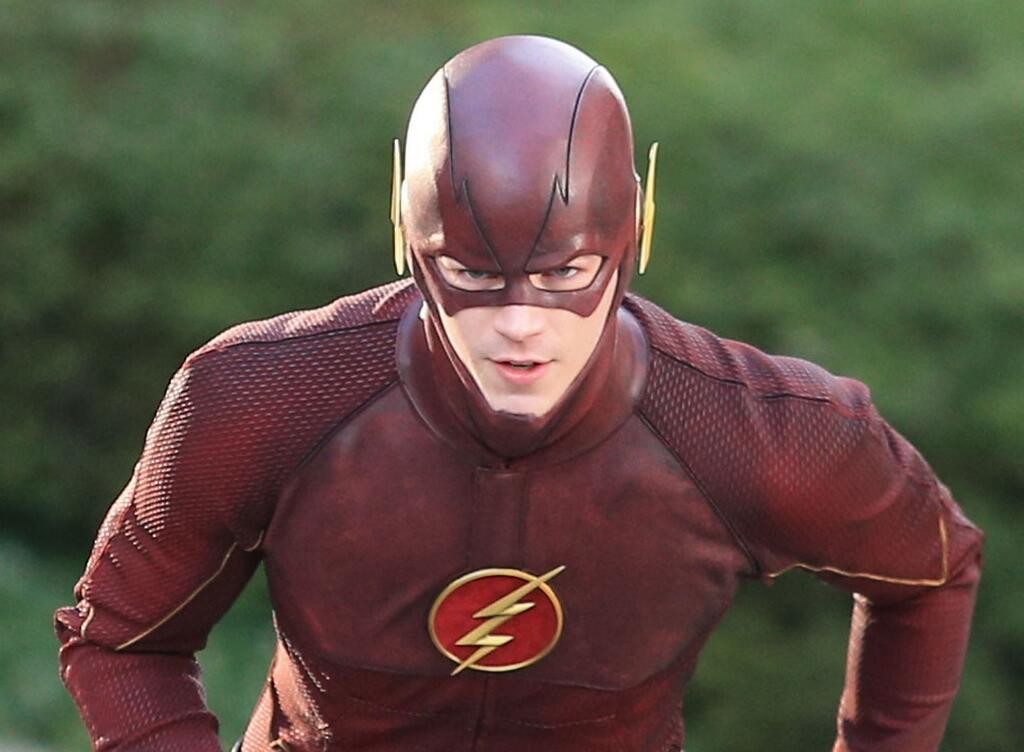 CW recently revealed the first full image of the Flash costume and some pictures of Grant Gustin in action without the costume.

Soon after, new pictures via Twitter and Instagram surfaced showing actor Grant all suited up in the Flash outfit and running around the set for the first episode of the upcoming television series. The red and gold suit was designed by Academy Award winner Collen Atwood, who also designed Stephen Amell’s costume for CW’s Arrow.

Check out the Instagram video of Grant in action here. Or watch a clearer video that was posted recently on YouTube shown below:

Nice little five second teaser of The Flash in some costumed action .

Below are some pics of Grant running, jumping, and doing other such things on set. Also a bonus picture of a Central City Plaza sign from the set.

One thing we can expect from the first episode: running and jumping. Other than the similarities it has with Ben Affleck’s Daredevil costume, this suit looks pretty good in action! Exciting last 24 hours or so for The Flash!