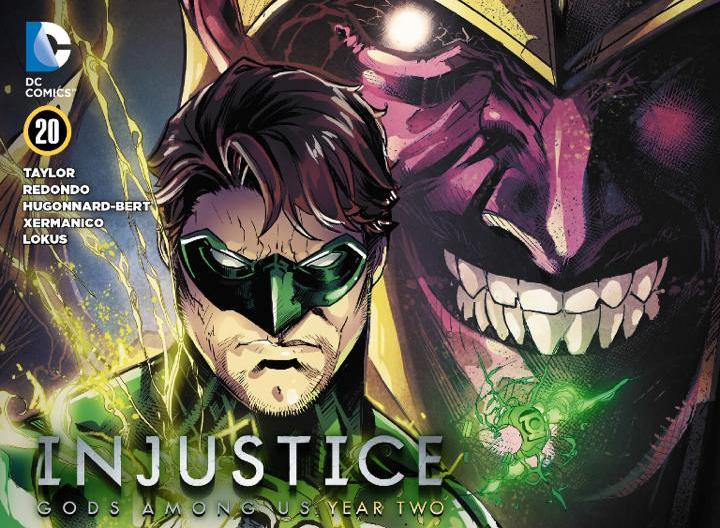 The storm cloud of INJUSTICE only gets darker as another week rolls in. With the impending fate of the beloved Commissioner Gordon revealed, we see his heroic last deeds take effect. Setting aside his personal feelings for the greater good, he takes on Cyborg to protect not only the world, but his daughter Barbara, known to the world of INJUSTICE as Oracle.

Commissioner Gordon’s noble spirit has remained a constant trait of his character since his introduction in the 1930’s. He has not lost that wonderful attribute, and it shines at the forefront of this week’s INJUSTICE. The Gotham Gotham City Police Department are often underestimated compared to the super heroes, but this issue doesn’t count them out. Here, they show that normal people can always make a difference. Tom Taylor has dived into the hearts of his readers, giving them a taste of tragedy alongside all the drama. His words did not need to be screamed or publicity stated, they were the perfect amount of bravery and dignity just between the people who needed to hear the words the most.

Commissioner Gordon was always a strong standing character, and his ability to be his own type of hero is commended by even Batman himself.

With plot twists building up, the issue has been another anticipated piece of the INJUSTICE puzzle. Somehow, you know what’s coming, but still don’t believe the moment when it happens, as even Lex Luthor lends a hand to help the dying Commission Gordon after his short battle against Cyborg. Back to the art work of Bruno Redondo, the high levels of emotional detail in the characters’ faces comes through strongly. It’s the captivating eyes and magnetic expressions that draw readers to feel what the characters feel. Whether in action or drama the issue encapsulates it all with an even balance of both the penciling and colorization that match with the sequence so well.

Proving that the hero doesn’t always have to be super, the role of the every man fighting the good fight was a heart-warming moment. It makes you feel like no matter who the character is in INJUSTICE, they too can make a world of difference. It was clever writing and a beautiful tribute to Gotham’s most famous cop. I also enjoyed the panel coloring, how each character seemed to have their own hue. Oracle was coded green, Cyborg red and Gordon blue. It was a nice way to show not only where the characters were but a reflection of how they felt. Cyborg was under threat so red amplified the feeling; Gordon in his calm before the storm of blue and Oracle’s uneasiness was represented by the green.

I found the fight between Cyborg and Gordon was slightly one sided. He is a powerful super machine and even though Gordon had taken the super pill, he still should have put up more of a fight. As a member of the JLA, I would assume that Superman put him in charge not just for his computer skills but as the metallic tank that would protect the watchtower at all costs.

As the battle endures, the INJUSTICE surprises keep coming in full blows. With wonderful artwork and a fantastically sensitive script, it just keeps getting better and better with each week. Be prepared for an emotional issue that will make you feel like any man is good enough to fight as long as they have something worth fighting for.