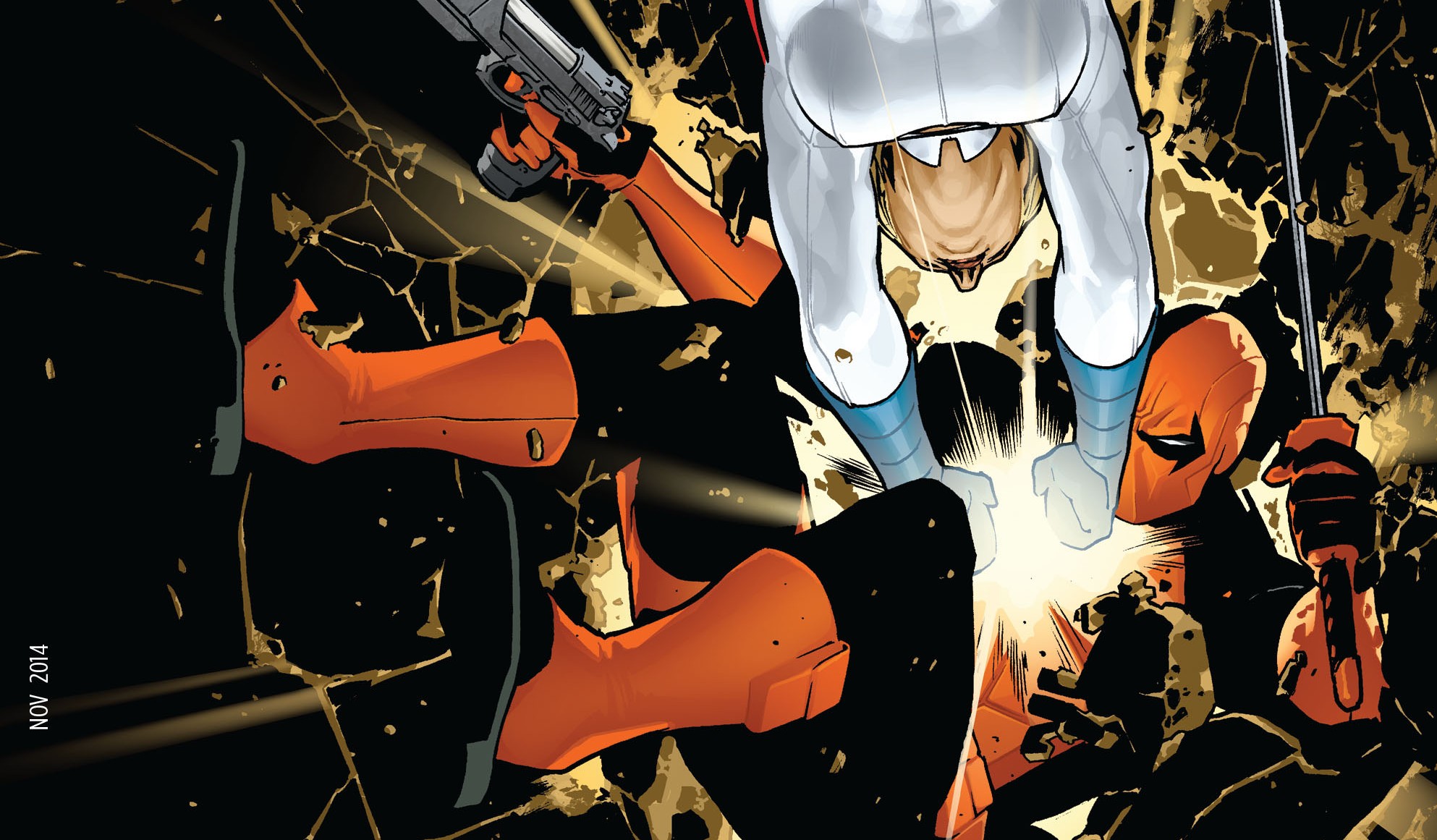 This week FUTURES END picks up where last week’s epic issue ended off. Readers get more interactions between Lois Lane and the new Superman as well as Deathstroke vs Powergirl. There’s enough action to keep your attention but this issue takes a step back and really focuses on the recent revelations made in the series.

The truth about the new Superman has finally come to a head. This issue has a gripping moment between Lois and “Superman” about the need for a Superman in the world. This debate flows naturally and truly makes the reader question if the truth is always the best answer. Lois Lane has remained confused for most of the series, but now that she has finally gotten some answers, she

’s really starting to shake things up. Lois delivers a great twist at the end of the issue which will likely cause her to have a more prominent role moving forward.

Batman Beyond takes the spotlight in this issue as he finally is able to execute the heist he has planned with Coil, Key and Plastique. While this story line has been drawn out in the past, this issue really picks up the pace as we see the entire team in action. Readers also finally see Plastique discover her gruesome cybernetic, future-self in the depths of Terrifitech. Plastique’s emotional reaction, added depth to the character, who was previously seen as just a common criminal.

The fight between Deathstroke and Powergirl was very generic and short-lived. This series has a bad habit of producing covers that are more interesting than the contents, and this issue is no exception. Both of these characters are powerhouses in the DC universe, so a battle between the two should be as epic as possible.

This week’s cliffhanger was also a bit of a letdown. The past couple of issues have really left on a high note bu

t unfortunately FUTURES END 19 did not. Instead we leave off with Tim Drake reading an article that is seemingly unrelated to him in anyway. While I’m sure there are big plans for Tim in the future, he presently hasn’t done anything in the series to justify his existence. He is so far the only character left to have a purpose in the story. Were almost 20 issues into this series, so I doubt I’m the only reader who feels this way, especially since Tim has such a large and loyal fan base.

FUTURES END takes a since break from the crazy plot twist and begins the deal with the ramifications. While the pacing has slowed down once again, it feels natural and needed. With minor action sequences and a little bit foreshadowing there should be plenty of pages to keep readers entertained. While the cliffhanger seems lackluster for now, I have hope that next week’s issue will prove me wrong.