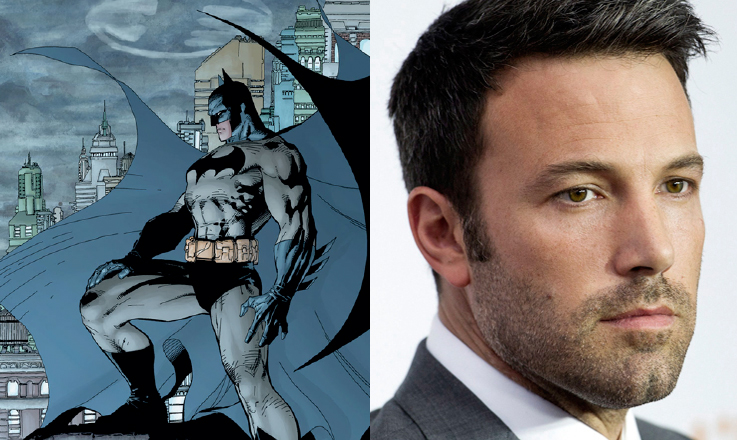 Many have wondered, why did Ben Affleck decide to play Batman? Well in a recent interview with the Sunday Times of the UK he answers the question. He revealed that he chose to play the new “Dark Knight” in hopes of being able to develop some of his more independent films.

“You’re always thinking about the momentum you’re trying to build in your career. There are dual though processes – on the one hand, you’re going, ‘What’s interesting to me?’ On the other hand, you’re thinking, ‘How do I give myself the opportunity to do those things?’ And that calculus, I think, consciously or subconsciously, is part of any career thought process.”

Affleck also talks about how taking on a new role always helps him stay focused.

“That terror when I’m about to start something can be motivating,” he said. “It helps me kick my ass into gear, because I think, ‘Oh my God, I’m gonna ruin the movie, I’m gonna not know what to do.’ That’s definitely a good, driving factor for me. My theory is that once you lose that, you’re kind of going downhill.”

The announcement of Ben Affleck becoming the new actor to portray Batman sent people all over the Internet into a frenzy. Some were pro-Affleck and some were and still are against the actor. As mentioned in the quote above, the actor’s biggest critic is himself.

“I don’t worry too much about what other people say about me versus my own ideas and standards, what I’d like to do,” he says. “Particularly given that when I set out, in 2002 or so, to be a director, if I had listened to all the things people said about whether or not I’d be successful and what kind of movies I’d make, I never would have done it. It was a really good lesson in self-determination and trusting my instincts.”

In regards to his actual portrayal of the “Caped Crusader” he mentions that previous roles have helped him fit the Batman character, were roles that required “rage.”

“I think it’s a necessity, historically, in the tradition of these films,” Affleck said regarding Batman. “For me, anger is so deeply buried and contained that when it does kind of come out, it comes out in stronger bursts. I tend to be respectful, polite, get along, put up with, put up with, put up with … then, when it finally emerges, it’s not something I have a ton of control over. I’m not gonna go into a Wolverine berserker rage, but I do have a, I do… that is an interesting thing that you point out. That’s my personality.”

It also helps that Affleck is a big Batman and comic book fan, overall.

So with all this being said, are you on board with Affleck being Batman? Personally, I cannot wait to see him as Batman. What are your thoughts on what he has to say? Let us know in the comment sections.

Batman v Superman: Dawn of Justice will be released March 25, 2016.