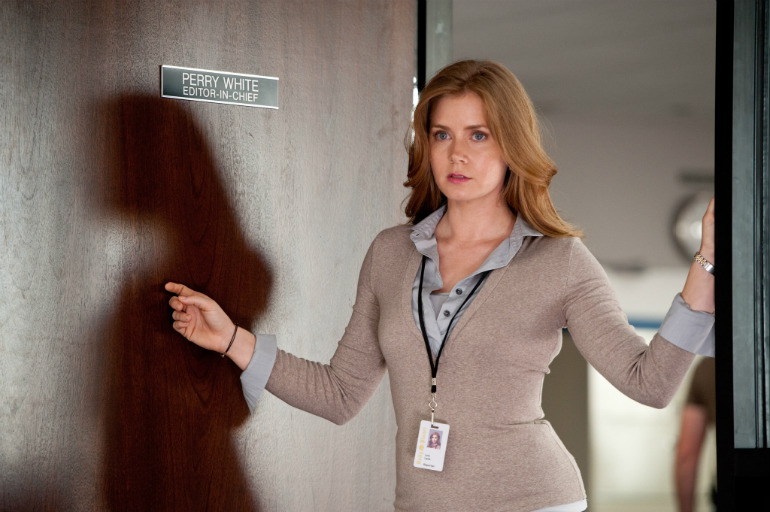 Batman V Superman: Dawn of Justice filming has been taking place for the past few months and after a recent break from filming, Superman’s love interest Lois Lane, played by Amy Adams, has been spotted on set wearing denim dungarees and looking very much like a farmer.

Adams seems to be wearing a slight spoiler on her hand in all of these images. What looks like an engagement ring can be seen on her finger. The set she appeared on is in Detroit but could be doubling as Smallville.

The appearance of the ring may be surprising to many fans but the power couple of Clark Kent and Lois Lane have been married in the comics (but not in the recent New 52 re-launch of the DC Universe). Lois played a big part in the story in Man of Steel so her involvement with Superman/Clark Kent will be more developed in this next installment in the DC universe.