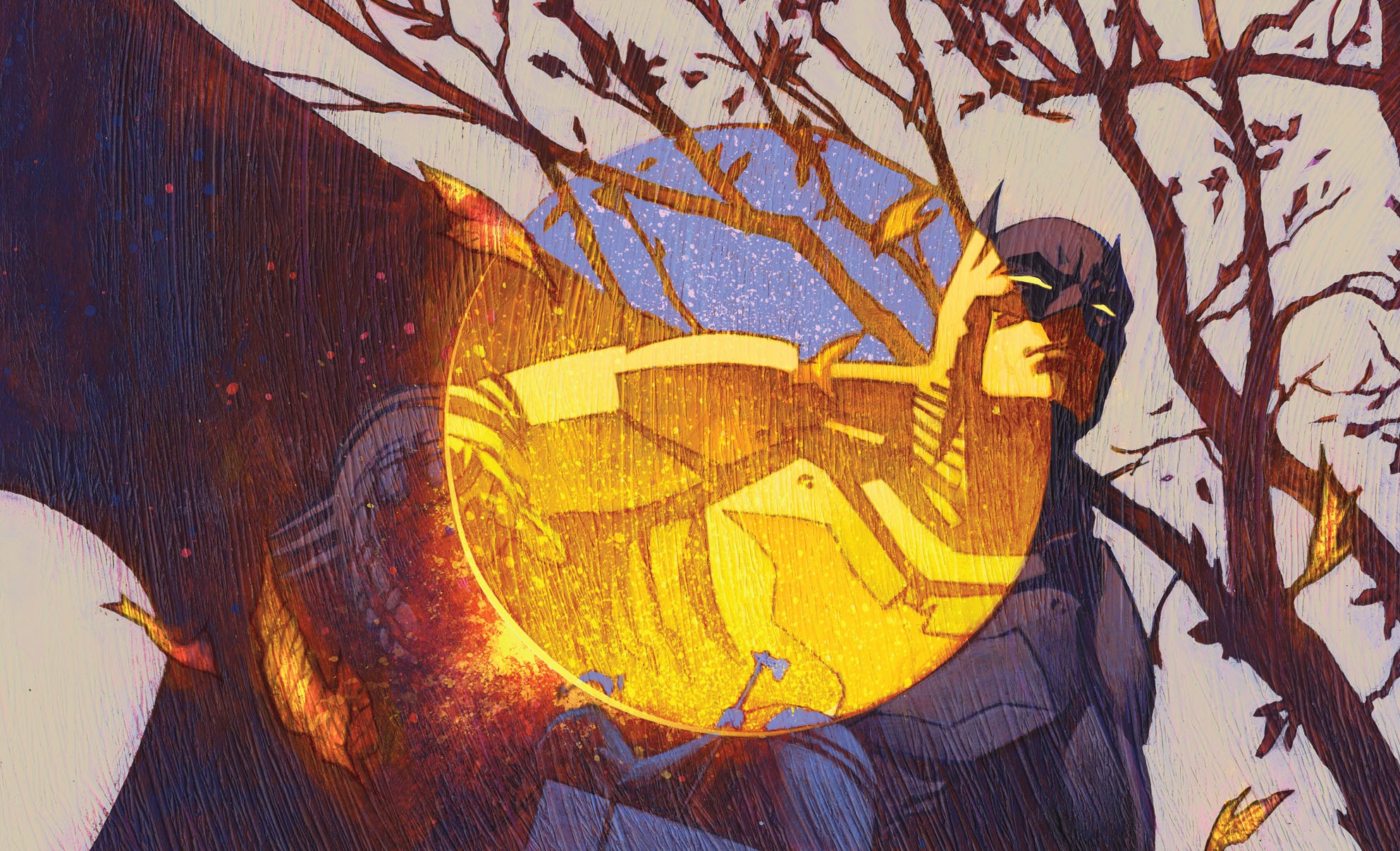 Batman finally makes an appearance in Futures End! No not Batman Beyond… the actual Batman! I may potentially be overselling how big of a role he plays, but it should still be interesting to see what kind of role he’ll have later on in the series. While this issue didn’t have the same shocking moments that the last few issues did, it still revealed a few interesting tidbits that will likely peak most reader’s interests.

Finally seeing Batman in the series was definitely a highlight. The character even appears in his alter ego, Bruce Wayne. Both appearances of the character were wonderfully written and exude all the personality traits that make the character iconic.We get to see Bruce Wayne act suave and charming in the public eye, and extremely serious in private. On the other hand we get to see Batman talk some serious smack, as he divulges a huge secret to one of the series’s regulars. Here’s to hoping that this is just one of many appearances the Batman will eventually make in the series.

The paring of Plastique and Batman Beyond has really grown on me. In this issue we see the two become closer and closer and even joke around at one point. It’s always nice to see an isolated character, such as Terry, begin to open up towards someone. Plastique’s new found vulnerability also adds to the relationship, since neither part of this paring is particularly perfect.

The pacing in this issue seemed to have slowed down again. Specifically this issue seemed to rehash a lot of things we’ve already seen without moving forward all that much. We see Fifty Sue acting like a brat for a few pages, we see Dr. Yamikazee and Jason argue for a couple pages, which we’ve seen time and  time again. It should also be noted that Mister Terrific’s story line also seemed a bit off. A big meeting was alluded to at the beginning of the issue but it never occurred within the issue.  I know this will likely get picked up this week, but it really felt like that the writers were leading up to something big with Mister Terrific, but we didn’t get the payoff.

Also I feel like Dr. Yamikazee is becoming a bit over dramatic. I realize the man lost his wife, but to be willing to risk others lives and also attack a woman doesn’t seem justified to me. This mad scientist troupe may have been popular in the past but I feel that today’s audiences will find it too old and out dated.

While this issue didn’t contain as much action as we’ve grown accustomed too lately it did provide some interesting developments. Many plot lines moved forward, though at a pace that seemed a little too slow. Fans of Batman will definitely want to check this issue out though his role isn’t particular large here. Overall, many things seem to have been setup though not enough actually happened in this issue to justify a perfect review.