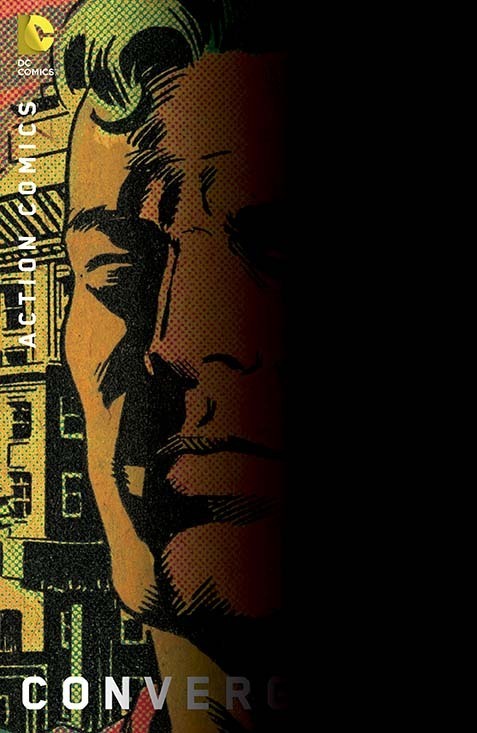 With this April kicking off the Convergence event in DC Comics, with DC suspending their New 52 line for two months. These two months will be filled with the Convergence weekly as well as 40 miniseries with two comics a piece.

Chip Kidd worked on Before Watchmen where he used a very similar style with blown-up comic art similar to what we see here as well as working on the ‘Complete History’ books for Superman, Batman and Wonder Woman, that were published by Chronicle Books in celebration of those characters then-60th anniversaries in the late 1990s.