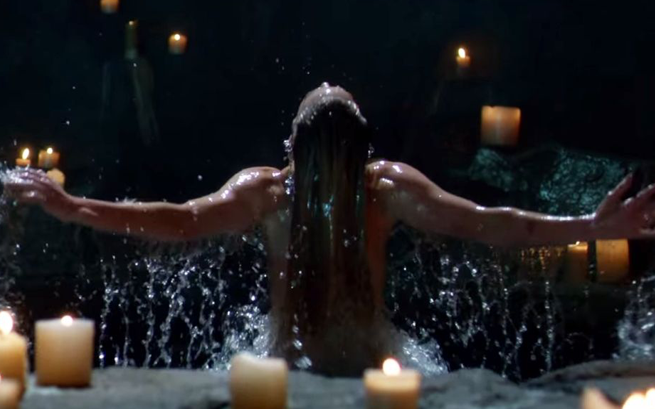 Arrow Executive Producer Marc Guggenheim teases Sara’s resurrection and who might be the responsible for her return.

“On Arrow, we’ve got some business [to handle],” Marc Guggenheim told Entertainment Weekly. “Ray didn’t explode in a catastrophic explosion and Sara needs to not be dead.”

It is highly possible the new Ra’s Al Ghul; Malcom Merlyn, is responsible for her return, even going to the lengths of having her as leverage for Nyssa, maybe planning her demise and resurrection all along.

“He’s got a strong point of view on [that].” “It’s going to be handled head-on. We’re doing a really great episode that really tackles the question of Sara, death and resurrection. On Arrow, nothing is easy, so it’s not as simple as dumping her in the water.”

Get ready for big changes this new season, watch our Comic-Con footage from the Arrow panel below.

Arrow returns with the premiere for season four on Wednesday, Oct. 7 at 8 p.m. on The CW.

Sara returns as the White Canary on DC’s Legends of Tomorrow during midseason 2016.