Team Arrow Gets a New Bunker! 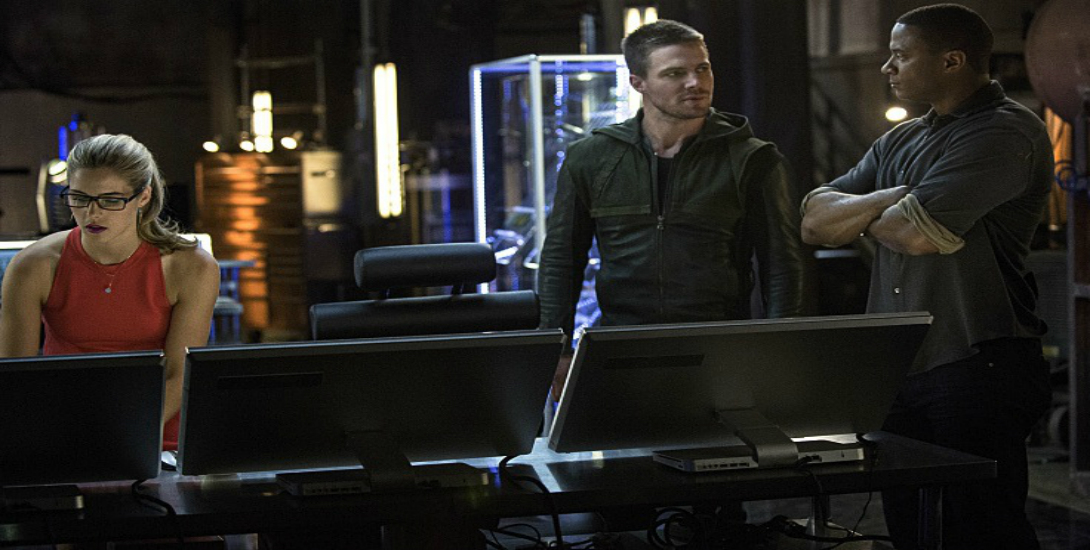 Oliver Queen’s new suit isn’t the only new addition this season. When the season begins, we will find Team Arrow in their brand new Arrow Bunker!

“In designing the new lair, we had to think in terms of the much larger group that Oliver has now surrounded himself with and how Team Arrow is a much bigger enterprise,” said executive producer Marc Guggenheim.

Entertainment Weekly has revealed the first look at Arrow’s spacious new lair, complete with work stations and much more, later to be revealed in season 4.

“One of the fun things about this lair is that as opposed to one big space, where everyone would congregate, it’s now a much larger space divided up into smaller spaces. There is an area for Felicity to work, there is an area for Oliver to work out, and there is a garage. There are many different places we’ll continue to discover over the course of the season that give you a sense that this thing is a bit bigger than we got used to in the first three years.”

As to it’s location in Starling City, that remains to be revealed. Arrow returns Sept. 10 on The CW.