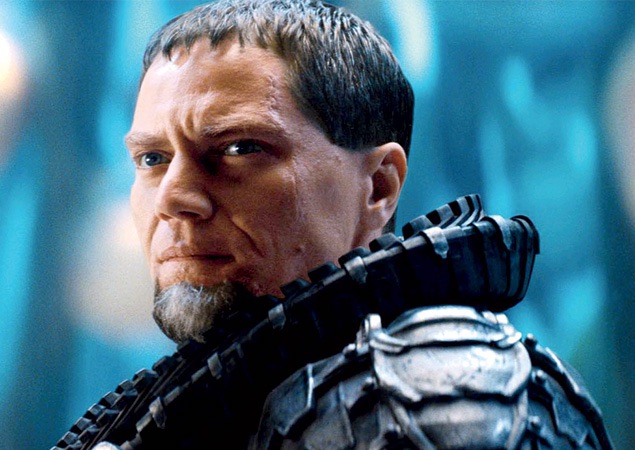 The killing of General Zod by Superman in 2013’s Man of Steel was easily one of the biggest points of contention for fans of the film, however, it seems in the upcoming Batman v Superman: Dawn of Justice, Zod’s character is about to take a turn for the weird. It has been confirmed since the release of the last trailer that Michael Shannon will be reprising his role as General Zod, but this time as the characters corpse.

In a recent interview with Vulture, Shannon revealed an interesting new addition to his character that has been inconveniencing him on set. “I was in my costume, and I couldn’t use my fingers because in the sequel I have flippers instead of hands. So I had these wax flippers on my fingers, and I couldn’t open the door, and I could hear Zack [Snyder- the director of Batman v Superman] being like, ‘Where’s Shannon? Where the f**k is he?’ and the whole crew was standing around. I was like, knocking on the door with my flippers, ‘Let me out of here!’”

The addition of flippers to General Zod’s body is something very new, and is certainly not from the source material. As for why Zod has them, we are left to form our own theories.