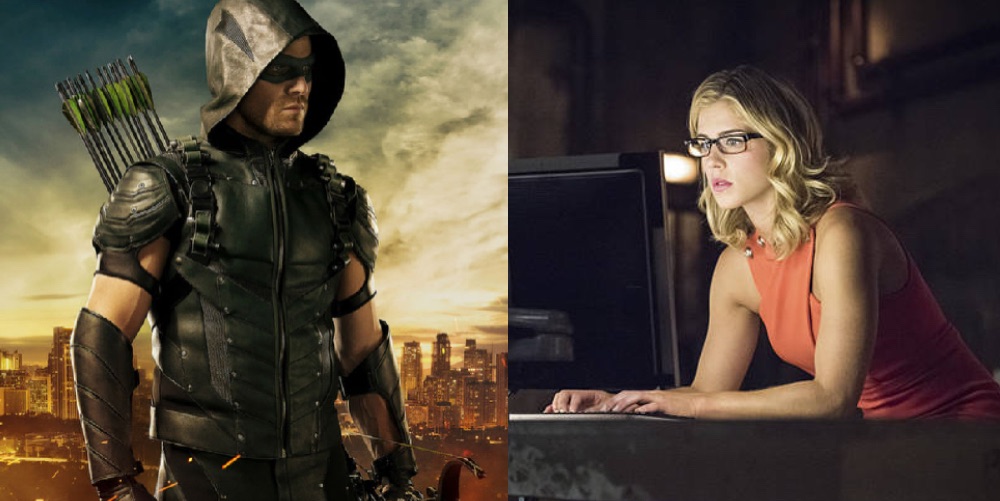 Maya Mani, costume designer for Arrow, recently spoke to Fashionista about some of the more specific details of Oliver Queen’s new costume.

“I wanted it to be tactical, so the shoulders are a little tougher,” Mani said. “I also wanted him to be able to remove a layer or be in the layer and still be the Arrow, but not have the full fig on.” Her original design of Oliver’s new and improved costume included sleeves, but Greg Berlanti, Arrow’s executive producer, and Stephen Amell, who plays Queen, talk her into trying a look more true to the original comic book source material; and thus resulted this sleeveless look.

Mani also commented on the change to Felicity’s wardrobe. Felicity is now a CEO, however Mani teased that Season 4 is going to show off a side of her that we haven’t seen before. “We still want to maintain that sense of fun,” Mani explained. “Now that we see her in her home, we have more opportunity to show a casual side of her, which in the past we haven’t had a chance to do.”

Arrow Season 4 is set to premiere at 8 pm on Wednesday October 7th, on the CW.