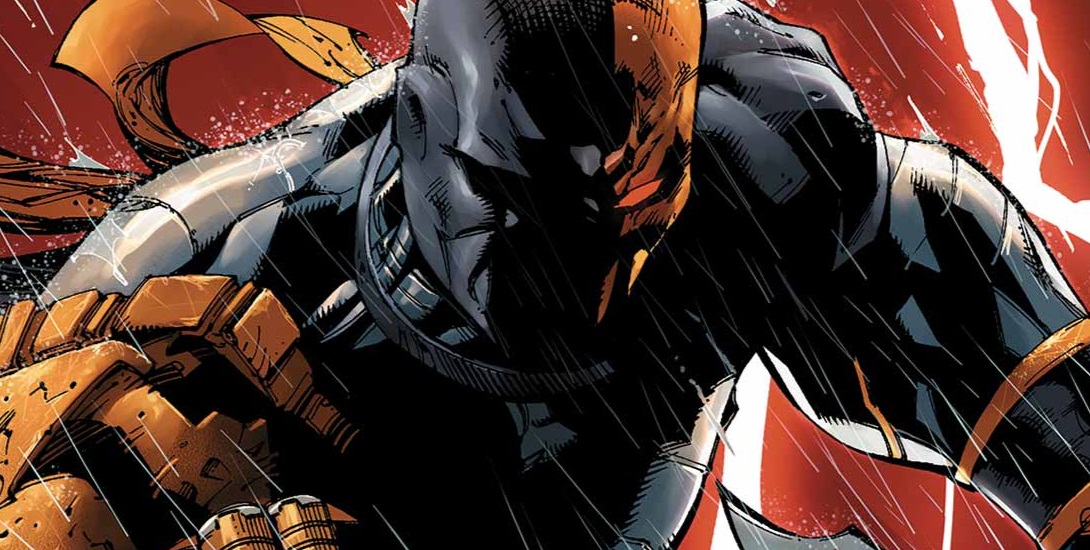 The worst thing isn’t dying…it’s dying before I can save Rose.

In this issue, Slade continues his hunt for Amanda Waller with Harley Quinn in an attempt to rescue his daughter, Rose.

The comic begins with a recap of the previous issue before picking up where it left off with the fight between Black Manta and Deathstroke. The arrival of soldiers gives Slade a distraction so he can grab Harley and continue looking for Waller. However, Waller has been kidnapped by Snakebite. The issue ends with Catwoman showing up.

The artwork is fantastic. The amount of detail just looks great and the violence is the perfect amount of gruesome for this series. The action scenes look incredible especially the fight between Black Manta and Deathstroke.

The issue does a good job of raising the tension. In a couple of scenes, I wasn’t sure how Slade was going to get out and succeed. They’re doing a good job of making someone as capable as Deathstroke seem overwhelmed. It makes the story more interesting.

The issue by itself just doesn’t have enough plot. With the other issues in the trade, I am sure it will read better but by itself, it is just a lot of action. It’s cool action but there isn’t much else here. Nothing is really accomplished in this issue outside of characters avoiding death and a cliffhanger with Catwoman. It just isn’t that engaging.

My biggest complaint is that I hate the way Harley is drawn. The outfit looks awful and every panel she is in, she is drawn to accentuate her curves and sexuality. I have no problem with people expressing their sexuality but this is clearly just fan-service to all of the heterosexual males reading this book that have a thing for Harley.

The Snakebite stuff is pretty boring. The design is cool but the guy drones on and on without ever actually saying anything. He states some necessary exposition and makes vague threats against Waller. It’s not very exciting.

This comic is okay. I wish there was some more plot and less action but the action is incredibly well drawn and I am excited to see what role Catwoman is going to have.