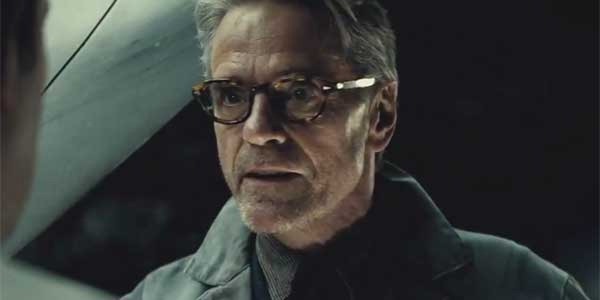 We often hear about the plethora of actors who have taken on the role of the dark knight, however Batman just wouldn’t be the same without his trusty butler, Alfred, by his side.

With each new actor to portray Bruce Wayne, a new actor took on the part of the loyal butler that has been by his side since childhood, and every actor has put their own spin on the character. In the upcoming Batman v Superman: Dawn of Justice, Jeremy Iron’s has said that he wants his Alfred to be much more present and hands on in Bruce’s life.

Irons told Entertainment Weekly, “Alfred is a lot more hands-on in our film than he has previously been. He’s a bit of a grease monkey, and he’s very involved in the decisions Bruce makes.”

So Alfred will potentially be spending a lot of time in the Batcave working on the new Batmobile, as well as helping Bruce with more of his decisions. Does this mean that Alfred will have a much bigger part in BvS than he has had in any other movie to date?