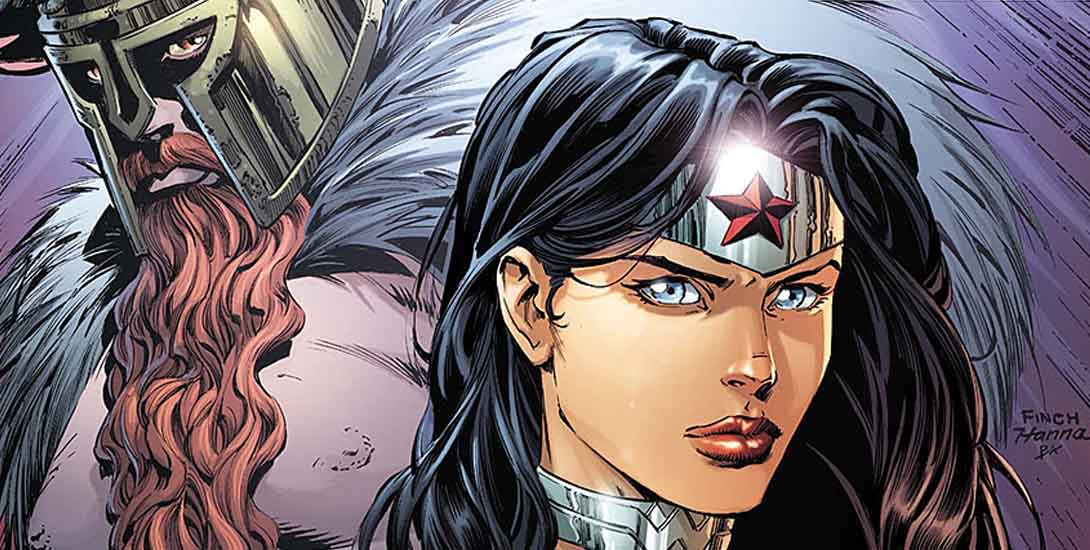 Wonder Woman is trying to save young Zeke.  He and the other Olympians are sick.  She has been sent on a quest by Hecate to retrieve orbs of power.  She begins to discover many things are not as they seem with the Gods of Olympus.  She sees Hephaestus being cruel and abusing the cyclops.  She is then confronted by Ares who wants her to give up her role as God of War and return the power to him, and he will do anything to get the power back from her.

In a backup story, Donna Troy is struggling to find her place as a Fate and what her role in the world should be.  She is confronted by difficult choices about who lives or who dies and the consequences of those choices.

Wonder Woman has never really fit in among the Gods of Olympus and it’s even more apparent now.  Even while trying to protect them, they seem to want to use her for their own advantage and take what power has been given to her.

The issue opens with her awakening after falling into a trap in Hephaestus’ lair.  He does not yet know she is there, which is good because she quickly sees him differently than she has before.  He is much crueler and more vindictive than she has known him to be.  She is saved by the cyclops.  I liked seeing the role reversal here.  What we initially think are the monsters are actually the innocents she must protect, and the one she thought was a friend and ally is the monster.  The cyclops protect her and keep her from being discovered.

Returning to Hecate who simply speaks in riddles and doesn’t seem to want to give a clear answer to anything directs Wonder Woman to another part of her quest to assemble the pieces that will supposedly help save the Olympians.

Wonder Woman’s confrontation with Ares and dealing with the monster is probably the best part of the book.  He wants the power of War back, but she doesn’t trust him to have that power.  Rightfully, he is not to be trusted.  I’d say he double crosses her but they never really had an agreement to begin with.

Donna Troy’s backup story is an interesting look at the character as she discovers her new role in life.  It’s more of a morality play than anything as she struggles with knowing what a person could do but still trying to save innocent lives.

I had problems following the story of this issue.  It felt like something out of a role playing game, the mysterious character who you don’t know if you can trust sends the hero off on a serious of quests.

There is very little dialogue in the beginning as Wonder Woman wanders Hephaestus’ lair, instead, we get a lot of inner thoughts.  I think the story could’ve been told better if they had given us less of her thoughts and let more of it play out in the artwork.  It’s the classic “show don’t tell” argument.

Donna Troy’s story wraps itself up with little explanation about what happened.  Once the final acts play out, a shocking truth is revealed but we don’t really get her thoughts on what was revealed and how she has learned from these choices.  The final page feels tacked on.

Wonder Woman’s quest to help Zeke is a bumpy one.  The writing struggles to rise above a video game retrieval quest and something larger.  However, the story picks up in the second half once Ares confronts Wonder Woman.

I really enjoyed Donna Troy’s backup story, but it feels like the writer didn’t know how to fully resolve the conflict or the character. 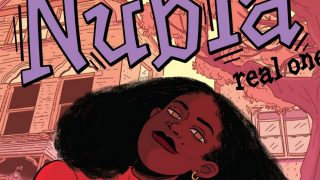 Wonder Woman’s Twin Spotlighted in NUBIA: A REAL ONE 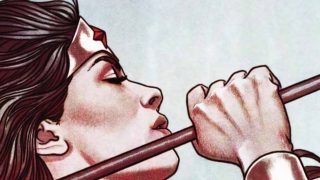