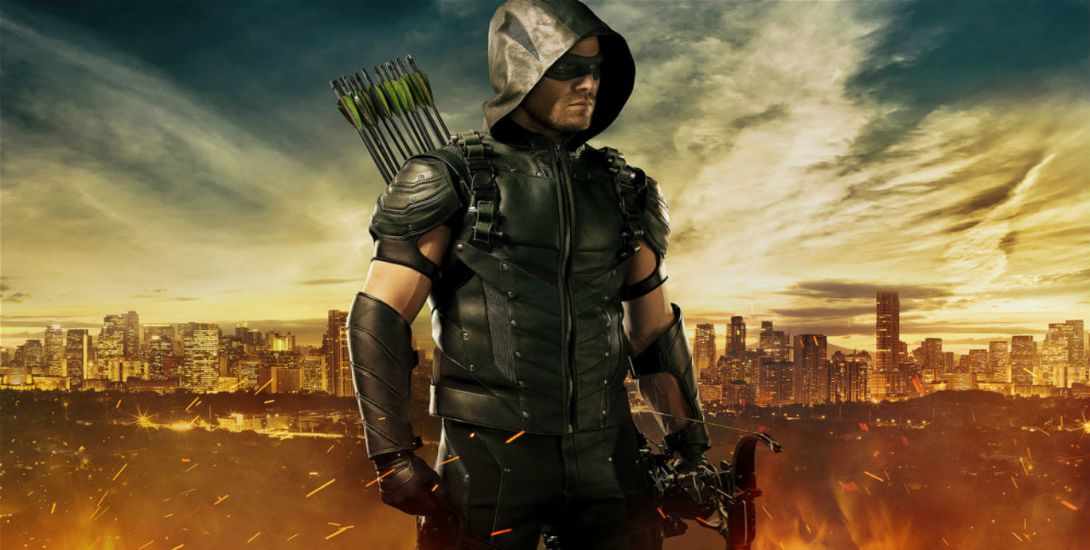 While the fourth season of Arrow may not have been the most popular, it goes without saying that fans will still want to mount it on their shelves next to the DVDs of seasons past. For those who do, you’ll be glad to know that on August 30, you can do just that and purchase season four of Arrow on Blu-Ray and DVD.

Check out the box cover full press release below, which contains a detailed synopsis, full rundowns on the featurettes and episodes included, specs and much more.

After defeating his most formidable foe to date and riding off into the sunset with longtime flame Felicity Smoak, Oliver Queen (aka The Arrow) left Star City with the hopes of beginning a new life. But will Oliver ever truly be able to leave behind his past as The Arrow, and, if so, what becomes of the team he has worked so hard to assemble? Will military vet John Diggle, Oliver’s sister Thea Queen, and lawyer-turned-vigilante Laurel Lance continue Oliver’s fight without him? And with Malcolm Merlyn having ascended to the top of the League of Assassins as the new Ra’s al Ghul, is anyone really safe?
With Blu-ray’s unsurpassed picture and sound, Arrow: The Complete Fourth Season Blu-ray release will include 1080p Full HD Video with DTS-HD Master Audio for English 5.1. The 4-disc Blu-ray will feature a high-definition Blu-ray and a Digital HD copy of all 23 episodes from Season Four, as well as The Flash crossover episode.
Arrow stars Stephen Amell (Private Practice), Katie Cassidy (Gossip Girl, Melrose Place), David Ramsey (Blue Bloods, Dexter), Willa Holland (The O.C.) and Emily Bett Rickards (Brooklyn), with John Barrowman (Desperate Housewives, Doctor Who), and Paul Blackthorne (The River). Based on the characters from DC Comics, Arrow is produced by Bonanza Productions Inc. in association with Berlanti Productions and Warner Bros. Television, with executive producers Greg Berlanti (The Flash, Supergirl, Blindspot), Marc Guggenheim (Eli Stone), Andrew Kreisberg (The Flash, Supergirl), Wendy Mericle (Desperate Housewives) and Sarah Schechter (The Flash, Supergirl).

23 one-hour episodes, plus The Flash crossover:

Arrow returns for its fifth season this Fall on The CW.