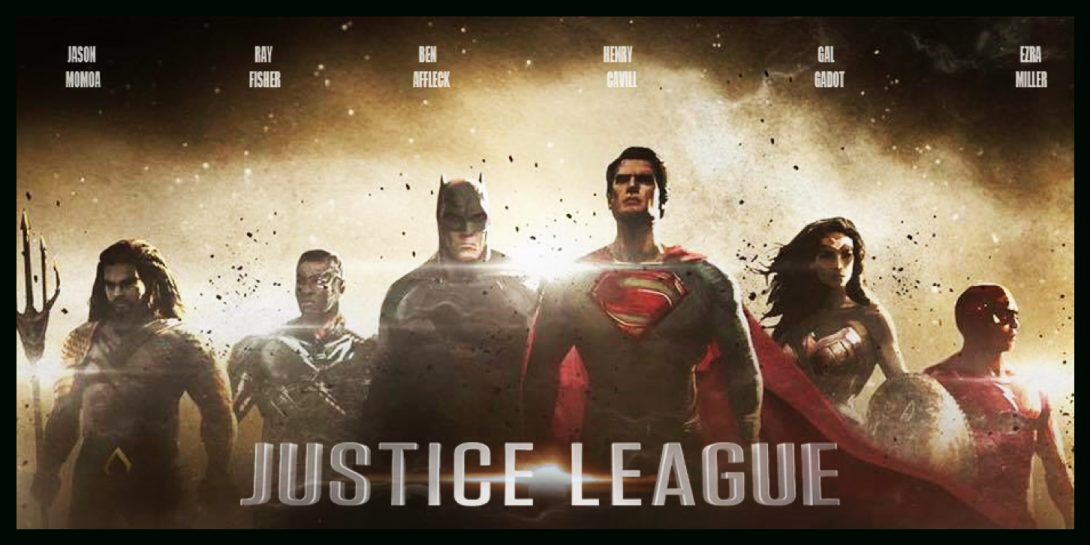 Several details about the upcoming Justice League film have surfaced after a special set visit held for several news sites took place.  One of the most interesting pieces to come out of this was the costume descriptions for the film’s heroes.

Several aspects of Justice League will be different from the previous two entries in the DC film universe, and one of those is the costumes.  Batman is receiving some major alterations while Wonder Woman has underwent some minor changes.  The Flash’s suit is vibrant and satisfying and details on Cyborg’s look have finally been revealed.  Check out all the details below:

Batman will wear not one, but two new suits in the upcoming Justice League film.

The first suit’s major changes come from the color and armoring. The first suit will sport the same logo across the chest as in BvS, but sees a change from the completely gray tone to a significant blue tone. It’s not overwhelming and still has a darker, gray look to it, but the suit seen in some of Batman’s older comics is definitely starting to shine through with the color scheme.  Also added is some padding and armor inside of the suit. Bruce Wayne will have some extra protection around his shoulders and sees some new seaming around the core areas.

“I designed this thing based on a Samurai,” Wilkinson says of the new Batsuit. “We borrowed it from Bruce Wayne’s history too, so it has a connection with Asian Martial arts in Japan. So I thought that would be perfect. We modernized it to the Wayne Tech aesthetic here. We changed the straight shank of the blade from last time. It’s something a little more aggressive.

The second suit is, as costume designer Michael Wilkinson calls it, the “Tactical Batsuit”.  It is more protective and has a more intricate design then the normal Batsuit with even more armor and straps along the abdominal area holding them in place.  It also features braces on the left arm and leg, possibly signifying Batman’s aging, but could also just serve as extra protection or strengthening.

On the cowl of the suit is a new pair of goggles which Wilkinson says is to offer the glowing look of Batman’s eyes which was always captured in comics. The goggles don’t have lights themselves but will reflect those from the set into the camera to provide the effect.

Wilkinson says that Wonder Woman’s costume is the same one she has been fighting in for “5,000 years.” However, there are some slight modifications.  Most are for the comfort of Gal Gadot as she puts the costume on and moves around in it on set but some are in the outfit’s color scheme.

The red of the torso and the blue of the skirt are a bit more vibrant.  Two different shades are present, with a brighter blue in the higher up and more centered areas and a darker scheme surrounding the lower and outer edges. Battle scars are present all over the outfit which Wilkinson says “tell her stories.”

“We wanted to make it feel like it was a very ancient culture,” Wilkinson says standing next to Aquaman’s scaly, head to toe costume and Trident.  The costume is almost completely green and gold with scales and fish-like designs consuming it.  “The scales, the different language, the details, the illustrators took a long time coming up with all of this artwork from every different angle,” Wilkinson explains.

Much of the suit’s lower half is made of polyurethane which allows Momoa to move around comfortably. It has a dark green coloring with golden imprints stamped in a pattern throughout.  Aquaman’s belt features his logo centered on both the front and back sides.  His trident in the costume shop stands about 7-feet-tall and has five points, however, a Trident with three ends was on display in the art room.  It may belong to Aquaman or it may sit in the hands of the Ancient Atlantean King.

There will be multiple Aquaman outfits in the film.  In addition to the armored, scaly outfit, concept art showed a heavily tattooed Jason Momoa standing on land in jeans and another costume, similar to the main display was nearby with no upper half.  The pants, however, were different from the others, lacking the Aquaman logo and a different scaly design.

The Flash’s suit is made up of 148 different pieces and took about eight months to create.

The suit has a very vibrant red with a golden yellow Flash symbol at its heart.  The neck of the suit is complete with a layered, flexible look of red cross pieces and the suit as a whole is widely broken up into different shapes.  All around it is some wiring which adds the DC Films grit to the suit.  Even Barry’s feet come complete with specially designed Flash shoes which have logos on both sides, their bottoms, and in the soles.  The suit also features a Wayne Tech logo, insinuating that Bruce helps Barry create his suit.

Wilkinson says the suit is “designed to protect him as he moves incredibly fast,” and says it may be simply a “prototype suit” as Barry tests things out.  “We looked at all the ways Flash has been drawn over the decades,” Wilkinson explains. “We looked at what makes sense for the universe that Zack is creating in the script.  And we just thought of this idea of someone who is just trying to work that out.”

Ray Fisher’s portrayal of Cyborg will be almost entirely CGI.  The actor’s face will be present but the rest of his body will be added in using motion capture effects.

On set, Fisher wears a multi-colored motion capture suit with an orange light attached to the middle of his chest and another over his eye.  The finished product will look completely different, though.  There will be some empty space added to Cyborg’s arms and a completely metal body.  The suit looks like we have previously seen in concept art with a chrome body.  However, not only will we see a weaponized Cyborg flying into battle with an extra arm ready to go but he will also learn how to use the gun attached to his arm according to Wilkinson.  The gun is illuminated with a blue light and has a square shape to it as it extends across what would be Cyborg’s forearm.  Cyborg will also be seen wearing civilian clothing several times through the film.

The only hero absent from the costume displays during the set visit was Superman.  Could we be seeing the black Superman suit?  Or will it stay completely unchanged?  I have heard rumors that the Man of Steel will be sporting long hair when he inevitably returns, which would be very reminiscent of the comics, but as I said, that is just a rumor.  I guess we’ll just have to wait and see what’s in store for Superman.

Fueled by his restored faith in humanity and inspired by Superman’s selfless act, Bruce Wayne enlists the help of his newfound ally, Diana Prince, to face an even greater enemy. Together, Batman and Wonder Woman work quickly to find and recruit a team of metahumans to stand against this newly awakened threat. But despite the formation of this unprecedented league of heroes—Batman, Wonder Woman, Aquaman, Cyborg and The Flash—it may already be too late to save the planet from an assault of catastrophic proportions.