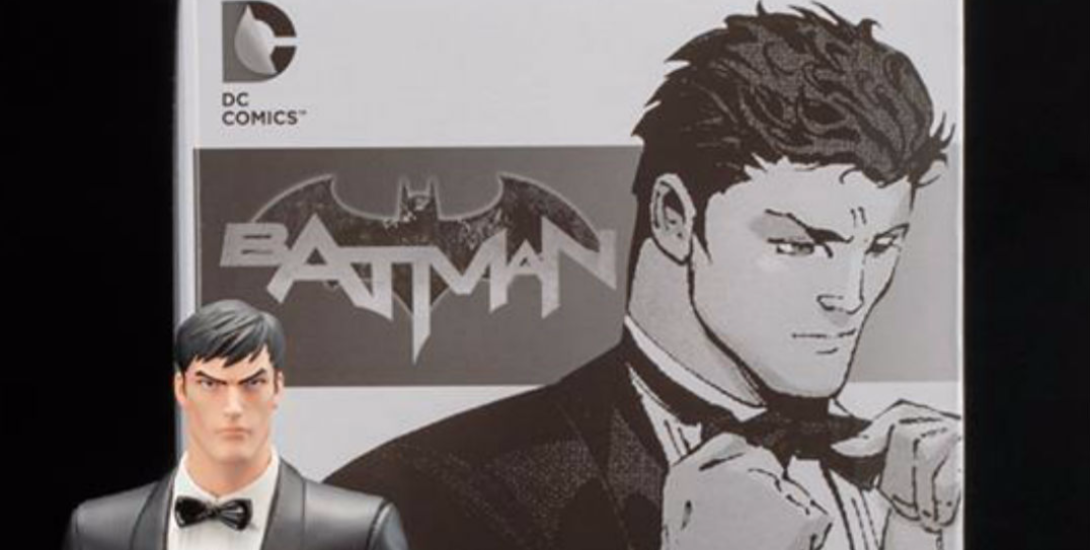 Kotobukiya has released details and photos of their SDCC exclusive ARTFX+ statues. Both statues will have a cost of $49.99 plus tax for each. Available at Kotobukiya booth, #2601 during San Diego Comic-Con, one-time production, while supplies last.

By day Bruce Wayne is the billionaire playboy, philanthropist and head of Wayne Enterprises. By night he dons a bat-shaped cowl and becomes the underworld’s greatest threat, Batman.

This limited edition Bruce Wayne ARTFX+ statue stands in 1:10 scale and includes two interchangeable accessories, a rose and a batarang along with an a magnetized base. The perfect addition to your bat family shelf!

From the Action Comics storyline “Truth” Clark Kent has been stripped of his powers and exposed for who he really is amongst the citizens of Metropolis. No longer the “Man of Steel” but now a “Man of the People” Clark begins the long journey to reclaim what was once his and discover who he is in the process.

Sculpted by Naoya Muto, this limited edition Clark Kent ARTFX+ statue stands in 1:10 scale with an included magnetized base.

While visiting the Kotobukiya booth at San Diego Comic-Con you can pick-up the DC Comics Batman Kawaii Series Rubber Charm Set, which will debut at the show.

Sakurai is Kotobukiya’s renowned illustrator and is famous for her cute designs appearing in the es series, in which Japanese anime and game characters are redesigned into a cute, super deformed style. Sakurai makes her debut into the American comics’ world starting with the Batman KAWAII series! Don’t miss your chance to own this event only, exclusive rubber charm set of four characters including Batman, Robin, Joker and Harley Quinn. These make the perfect accessories for backpacks, purses, key chains, lanyards and cell phones. Collect the entire set which also includes a special cardboard holder designed especially for SDCC attendees!