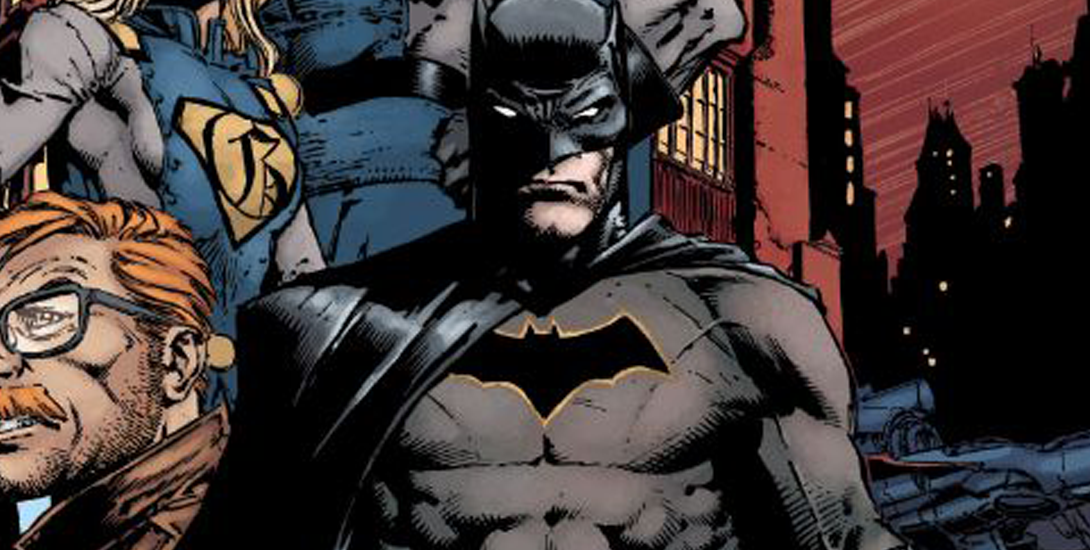 The arrival of the superheroes Gotham and Gotham Girl on the scene seems to make Batman reevaluate his crusade of saving Gotham. While the two heroes have immense power, they have plenty of inexperience as well, and Gotham soon approaches Batman about mentoring them on the path of being heroes. Are Gotham and Gotham Girl’s intentions legit? Or is there another scheme being made?

“I Am Gotham: Part Two,” written by Tom King and penciled by David Finch is a good read from start to finish. From the beginning of the book we a thrown into a battle occurring between the heroes Gotham and Gotham Girl vs. Solomon Grundy. Grundy seems to be gaining the upper hand in the fight as the destruction increases by the minute. The arrival of Batman ceases Grundy’s assault as Batman takes Grundy down–in one single move. Batman reminds the duo of new heroes that they could’ve stopped Grundy seconds earlier and Gotham then reminds Batman of how inexperienced they are. It is then that Batman decides to mentor the two heroes and to see exactly what they’re made of. Personally I don’t trust Gotham and Gotham Girl, and I’m sure that Batman doesn’t either. I personally think he’s mentoring them to study them–same way he has contingency plans for the Justice League I’m sure he’d want a plan for these two as well.

My only complaint about the book is the lack of action–however it’s completely forgivable. Tom King is setting us up for something epic in the next couple of issues and this book gives it to us in doses. I believe Batman has an alternate motive for working with Gotham and Gotham Girl and we’ll see what that is soon. The most action that occurs here is in the first few pages of Batman’s fight with Solomon Grundy. What King has done here was give us an issue that makes us think about what’s next–instead of a slugfest book–and that’s okay. King even has a panel where we find Bruce questioning his own mortality–he knows he’ll die being Batman, and although the panels are few they’re very well written. I like when writers make the hero question the endgame or purpose of why they fight the good fight. King does it very well here and also very subtle.

“I Am Gotham: Part Two” was a great read. I’m looking forward to seeing where this alliance between Batman, Gotham and Gotham Girl will go. I still believe that Batman is still studying his new allies for weaknesses but maybe Tom King will give us something different. In my gut I don’t trust Gotham and Gotham Girl at all and I believe their real intentions will be exposed soon enough. I love the direction that Batman is going right now and this issue really gives the “detective” feel back to the Batman series! Read Batman #2! You won’t be disappointed!