San Diego Comic Con 2016: DC All Access has no Boundries

In this panel, DC All Access took us for ride behind the scenes of particular characters in the DC Universe. I was particularly interested on the focus of Cyborg, Harley Quinn and Batman Beyond. During the panel we found out about the creative process in how these characters come to life in the stories we have come to love, & what Rebirth means for them moving forward.

The panel talked about how they wanted to re-establish the character for Cyborg in Rebirth. Not so much reboot him from scratch, but focus more on the man behind the superhero. The first few pages of Cyborg in this new series are very carefully scripted, and they will slow down to pay particular close attention to Victor the man, flesh, and blood.

The panel expressed that the way to get to the characters at heart, is to figure out who they are as people first and then layer the superhero status over the top. This strategy is part of the design process for Rebirth. They discussed this in more detail by providing examples to questions that referenced the human side of Victor. His hobbies, his beliefs, his life prior to being Cyborg. 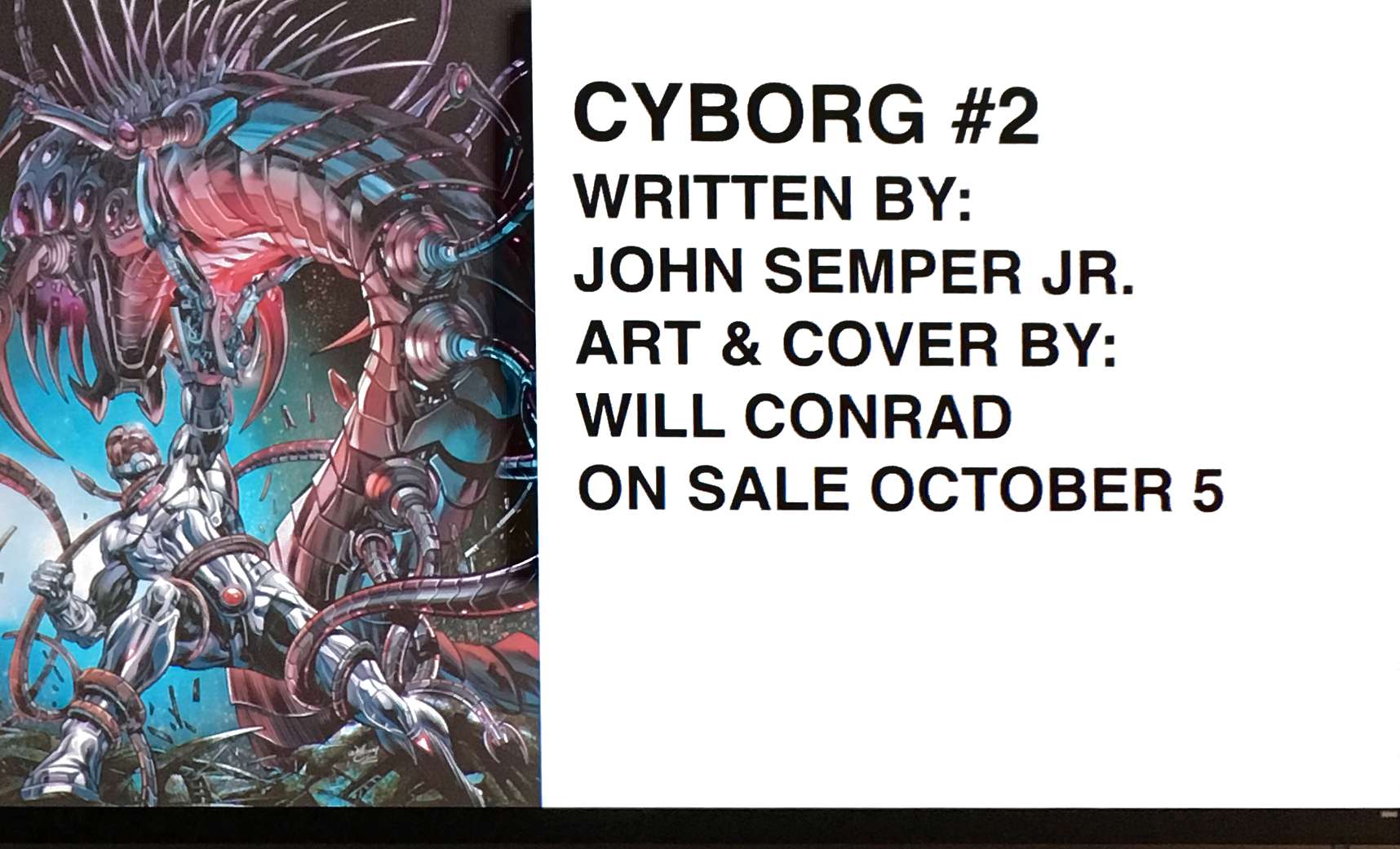 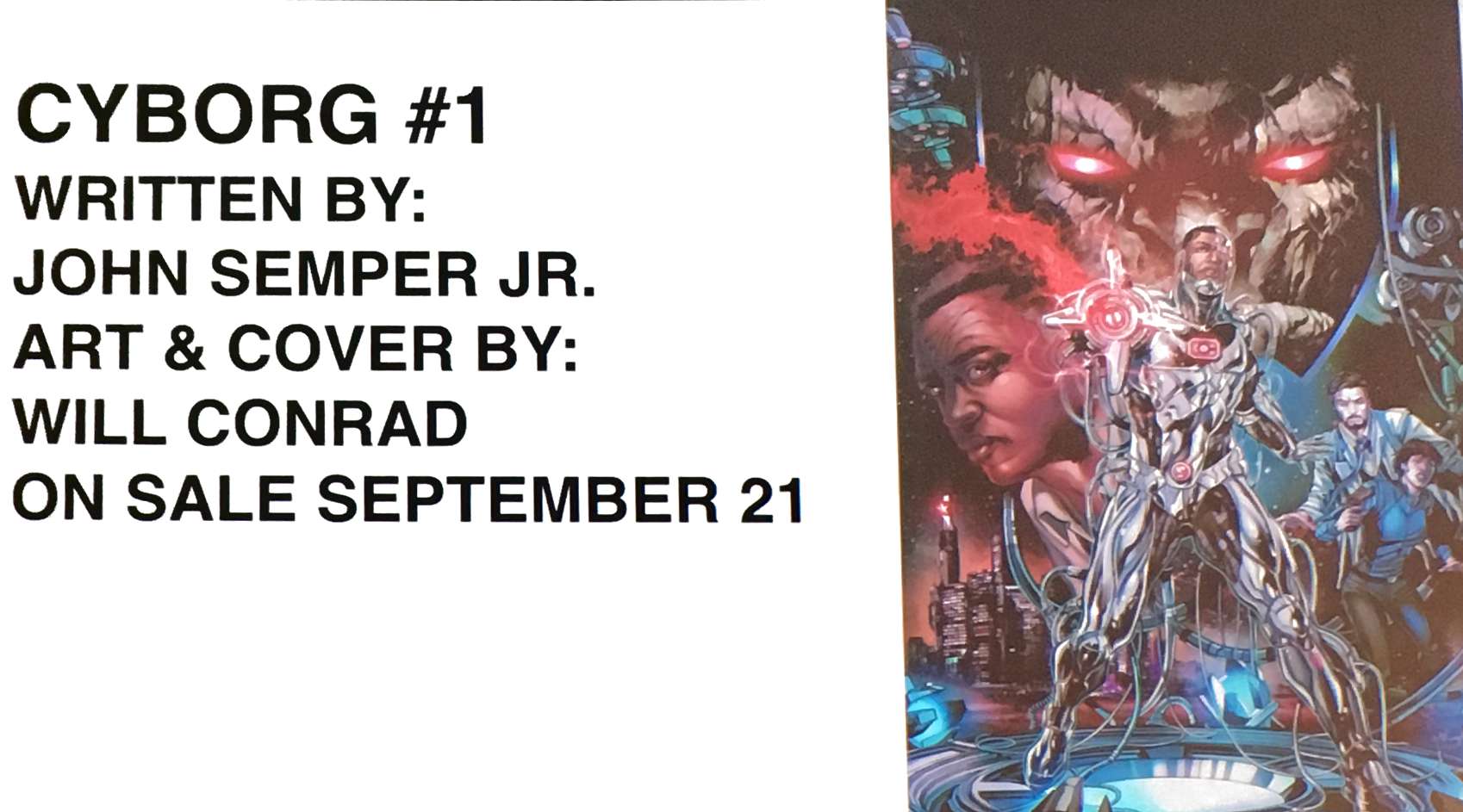 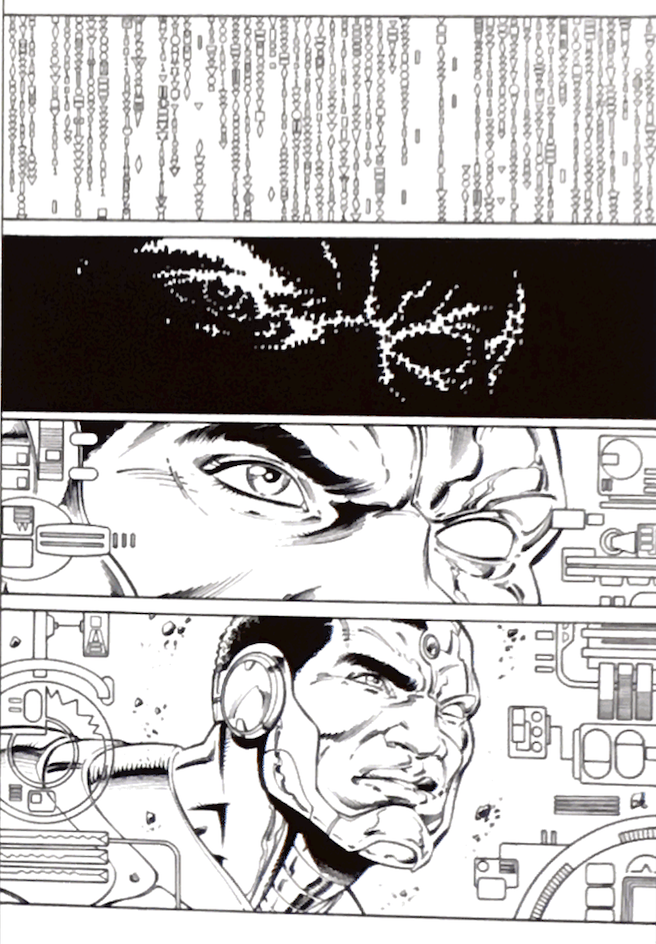 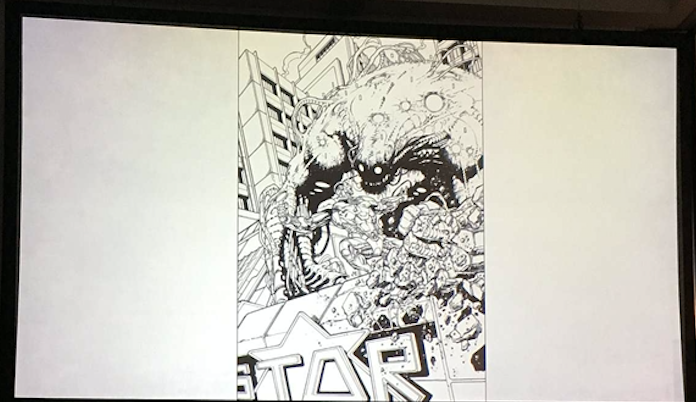 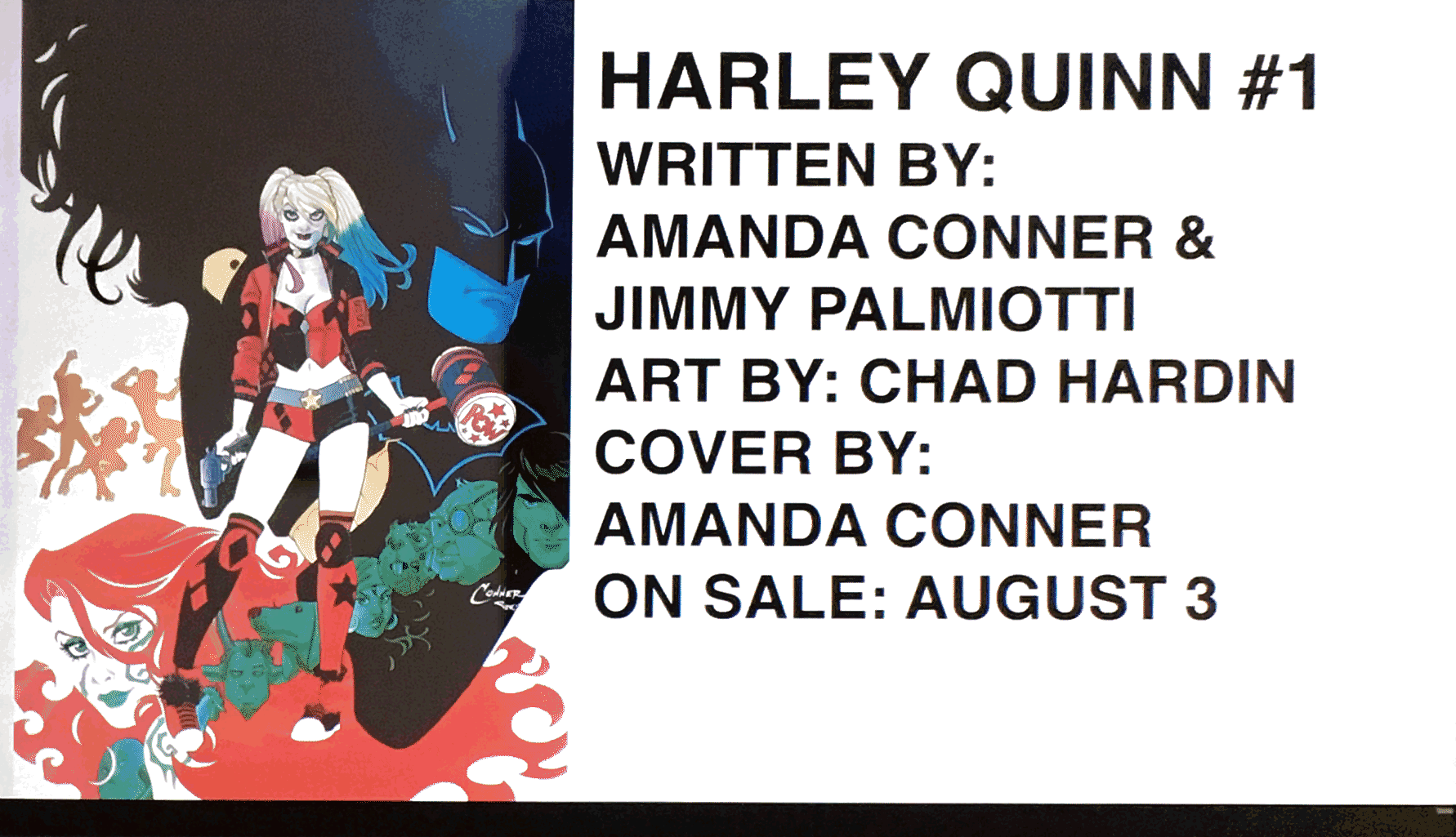 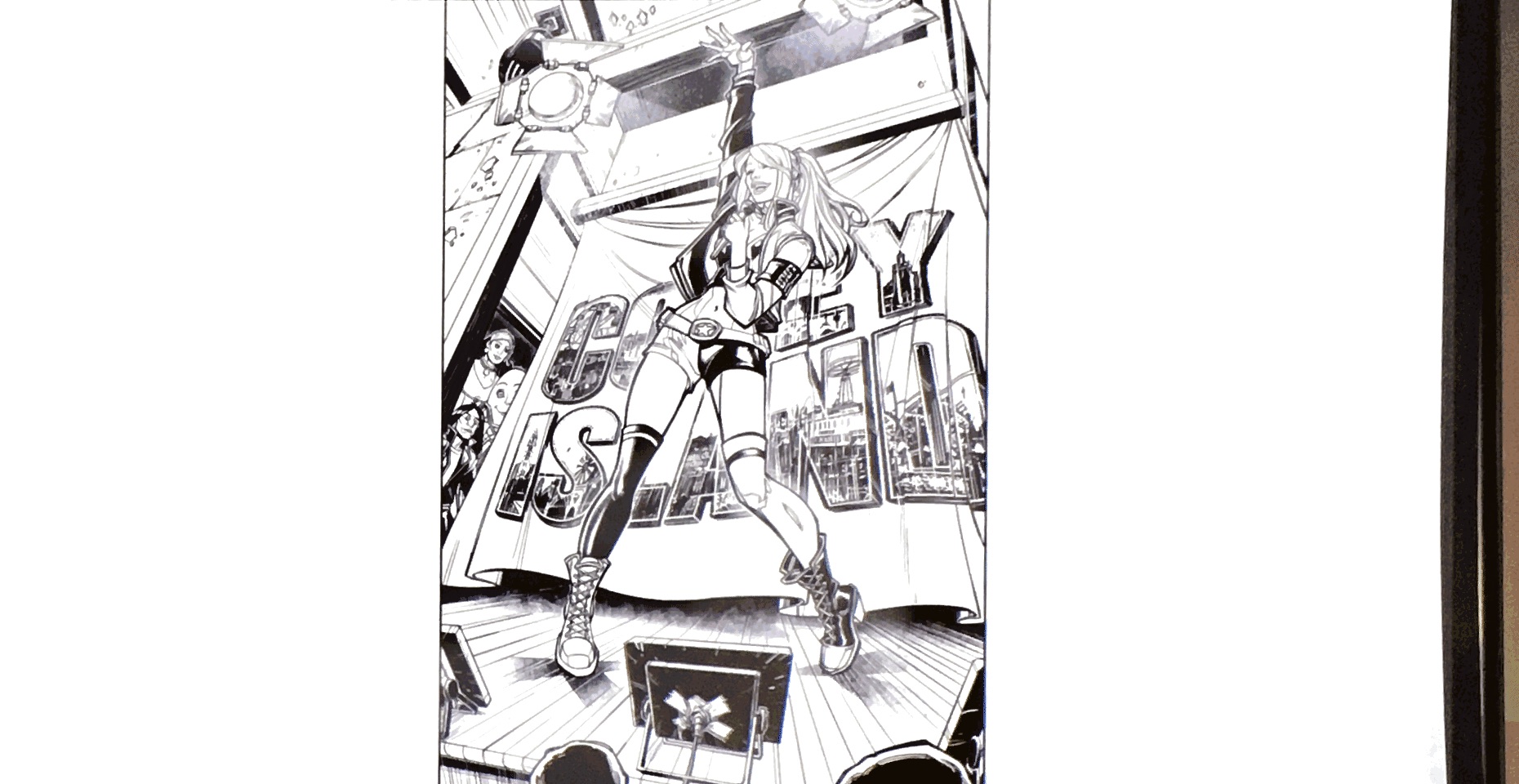 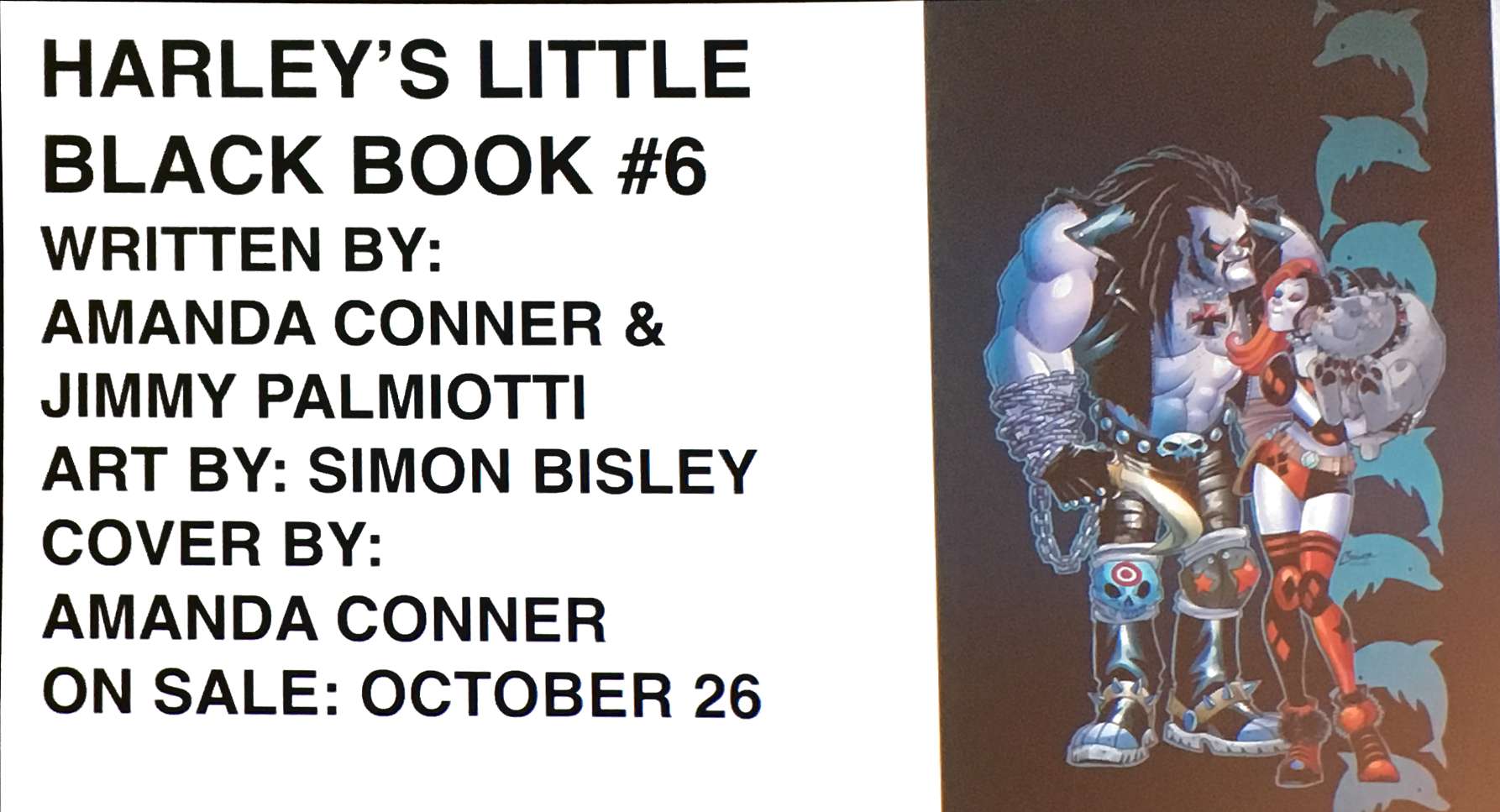 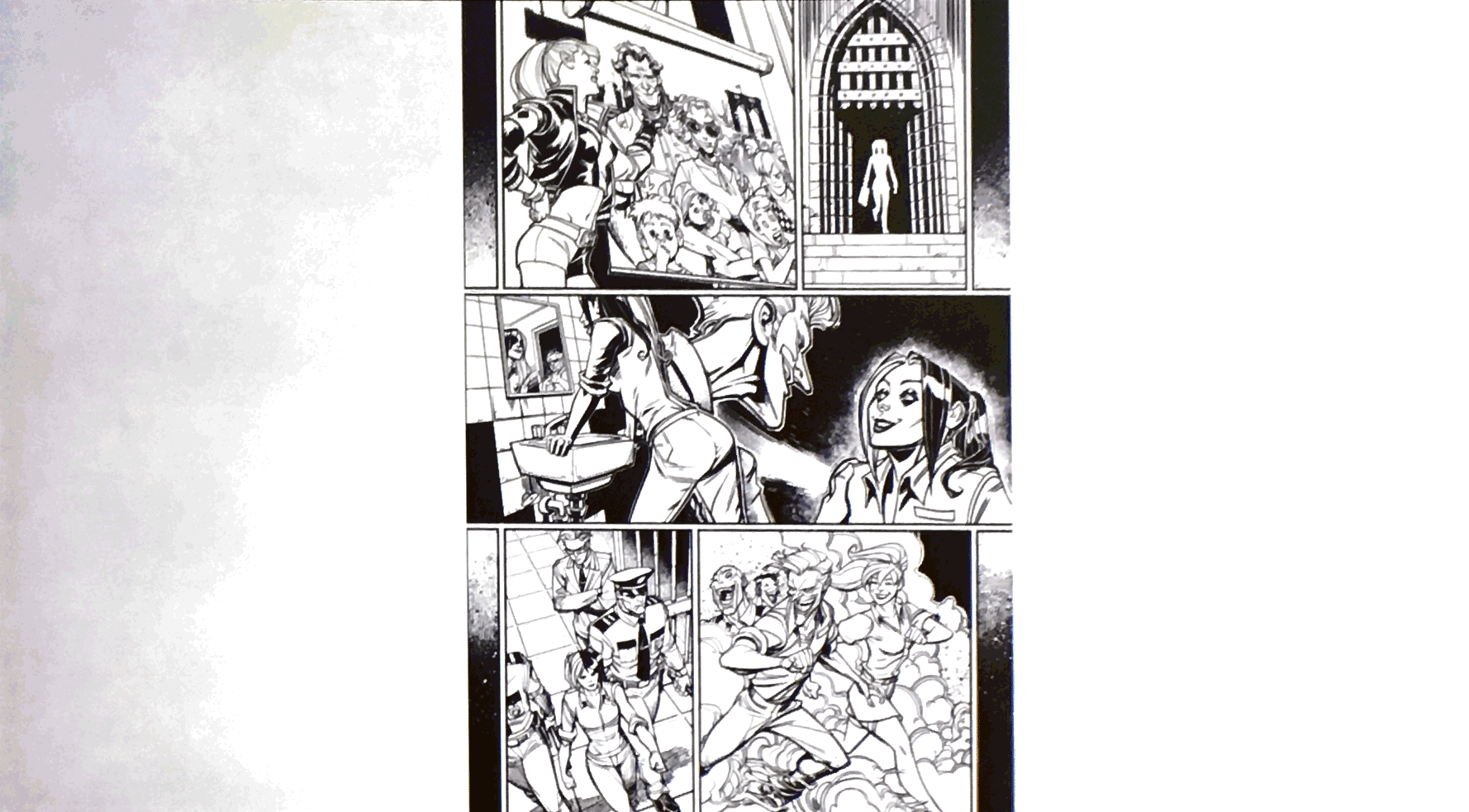 Within the walls of DC, there is a lot of excitement around the character of Harley Quinn. Again, with Rebirth there is no intention to fundamentally change her character. In fact, her story will continue from previous books. The focus will be more on the DC characters around her. Her friends, her enemies, and her approach to pushing her abilities and becoming the best that she can be.

Her number one book will be coming out the same week that Suicide Squad will be released in cinemas. Coincidence? Not at all, more like a strategic decision made by DC, and a smart one! So what is changing in the Rebirth story? A new hair style is coming, and with that she will be fighting zombies. The DC panel had a laugh and mentioned that everyone seems to be fighting zombies these days, so they will be feeding that into the books. What will be a surprise, is how the zombies are introduced! Look out for that one.

In Harley’s little Black Book Lobo teams up with her and although there was not too much given away at the panel, the excitement was generated around the synergy these two characters will have together. With that, their traits of similarity will be shown off. 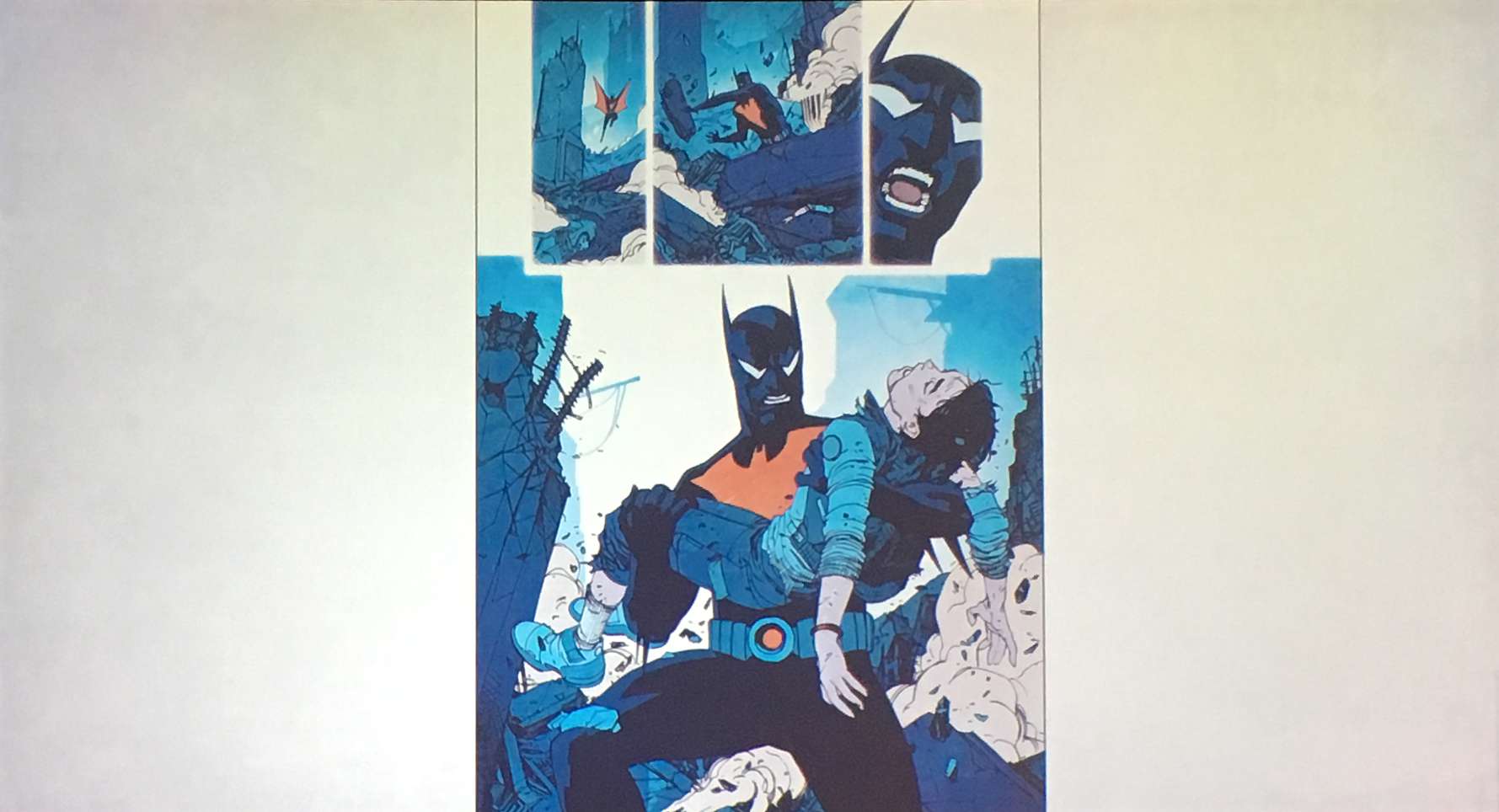 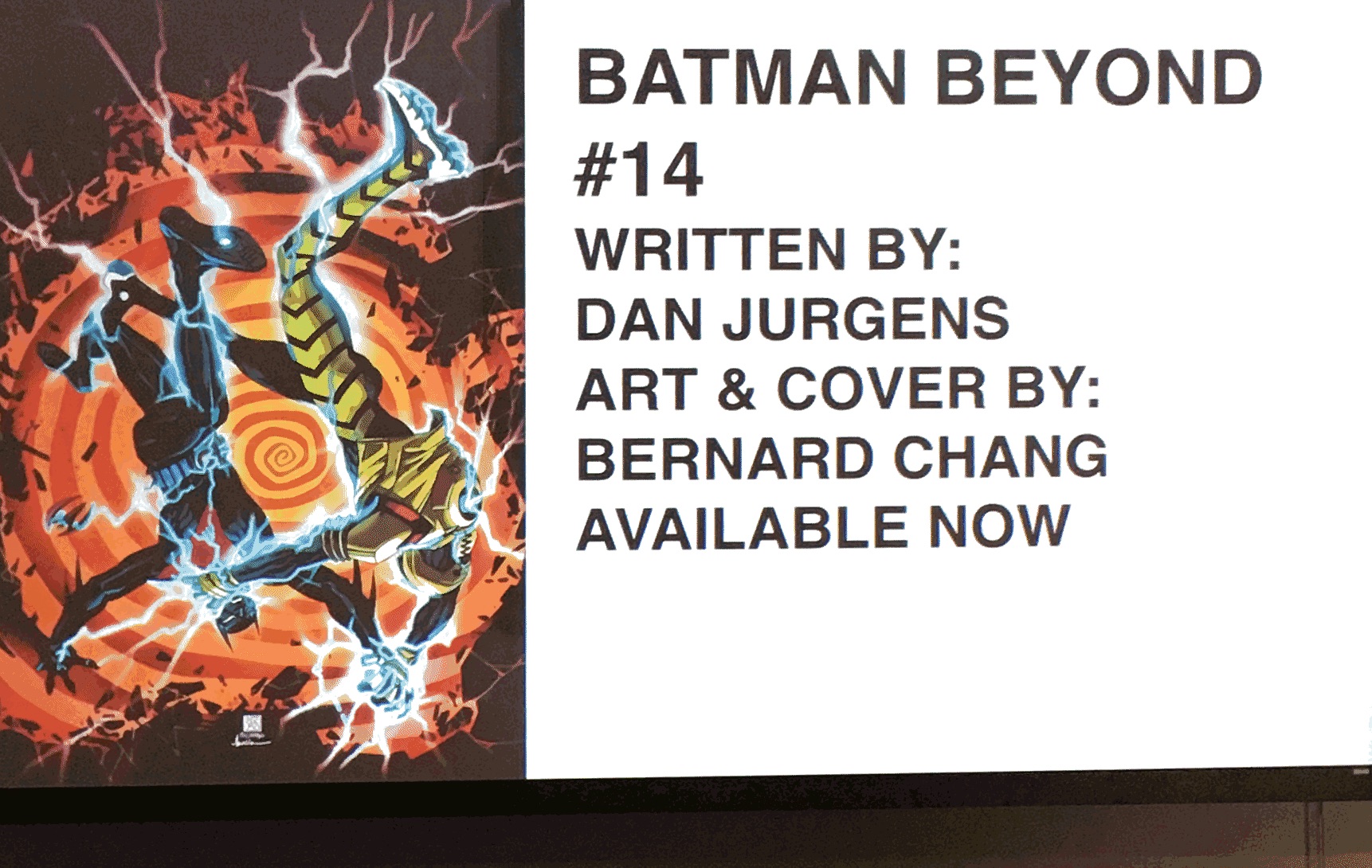 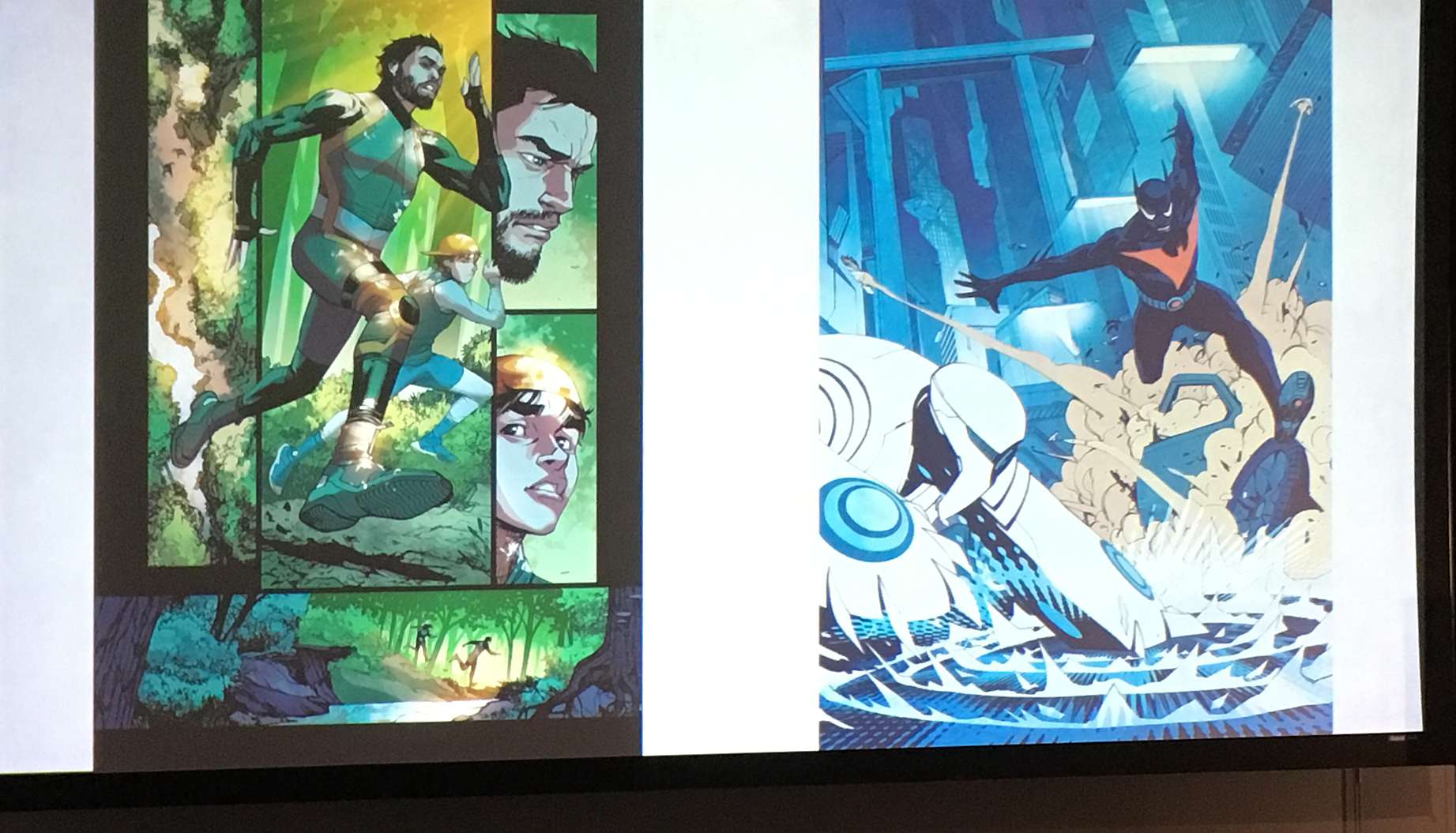 The inspiration behind this incarnation of Batman Beyond comes from the early 90s classic comics of Superman, the panel talks about the quality of those original early books. The creators applauded the creative freedom given to be able to build the story of Batman Beyond, and mentioned that it is an incredibly fun project. They also shared the design process behind the cover art, and this time they looked at simplifying the graphic design process and what I got from that was that sometimes less is more.

Let us know if you are going to be reading any of the above books, and what you think about the Rebirth launch so far!