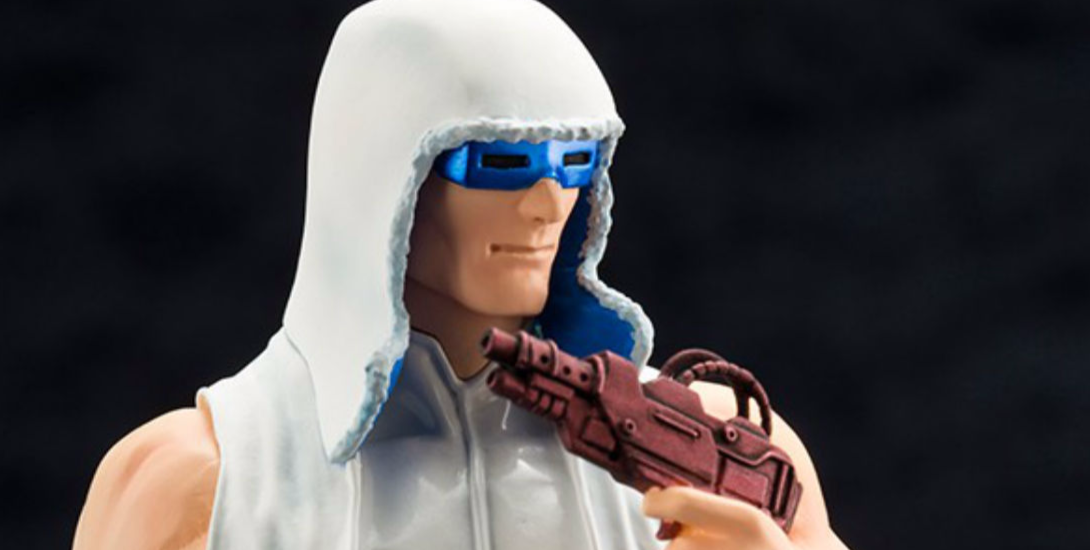 Kotobukiya are now taking pre-orders for their newest DC Comics ARTFX+ statue, Captain Cold! Set to be released December of 2016 with a pre-order price of $59.99. This highly detailed statue stands overs 8 inches tall in 1/10 scale. Use the magnetic base to connect Captain Cold to other DC ARTFX+ statues. He pairs perfectly with characters like Lex Luthor, Sinestro, Black Adam, and Bizarro!. Kotobukiya’s craftsmanship is present in all the small details!

Kotobukiya’s lineup of statues based on the superheroes and villains of DC Comics continues to grow, and the latest addition is the leader of Flash’s Rogues: CAPTAIN COLD! Leonard Snart was a petty criminal before becoming a true supervillain and going after the Flash with his trademark cold gun. In the New 52 era of DC Comics Snart went even further, submitting to an experimental procedure to achieve cold powers of his own! And while Captain Cold has led the Rogues against the Scarlet Speedster again and again, during the “Forever Evil” storyline Snart aided Lex Luthor, Bizarro, Sinestro, and others in fighting the Crime Syndicate to protect the Earth. Now, Snart joins the New 52 ARTFX+ Statue lineup looking like he stepped straight out of the pages of the comics. Captain Cold stands in defiance of Flash and anyone else getting in his way with an ice-encrusted right fist ready to strike.

The Rogue wears his cool updated costume with a blue and white bodysuit, white boots, matching vest, and of course his distinctive cold weather goggles. Best of all, you can display Captain Cold in two different ways thanks to interchangeable parts; he can wield his cold gun or use his powers to turn his left arm to ice as well! Sculpted by Ikkei Jitsukata, Captain Cold stands just over 7 ½ inches tall (1/10 scale) and like all ARTFX+ statues he has magnets in his feet for extra stability on his included display base. Feel the chill in your collection with this amazing statue, and pair him with the Flash or his allies from Forever Evil for even cooler displays! 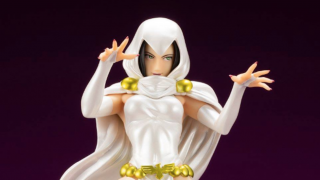 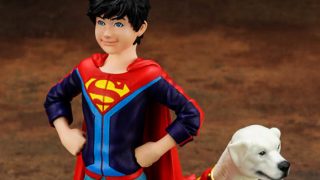