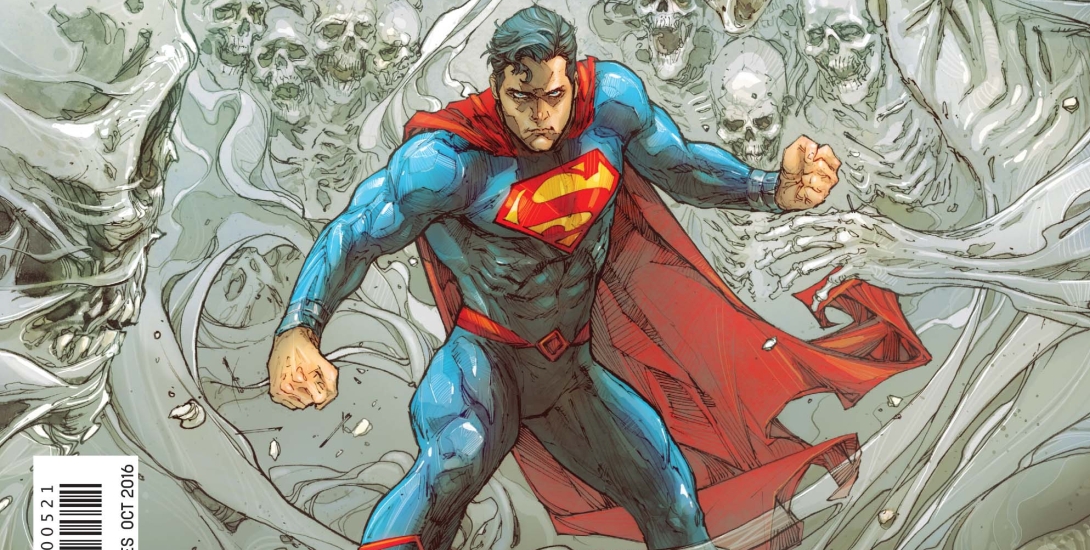 This issue picks up with the Kent family retreating to the moon from their encounter with Eradicator. Jon asks his father why they are running, and Clark gives him a short lesson on the wisdom of choosing when to fight and when not to fight. Clark is drawing the battle away from innocent bystanders and also hoping to find a safe haven to stash Jon and Lois while he battles the Eradicator.

That haven turns out to be a secret facility Batman has built on the moon where he can perform experiments without worrying about causing Gotham collateral damage if they go wrong.

Jon suggests that his father call in the Justice League and that Jon could join them in a team-up against the Eradicator. Clark refuses, stating that it’s a family matter and he’s not ready for the League to know about Jon’s powers or for Jon to enter the world of being a superhero.

Just as the Eradicator catches Jon, Lois attacks, now wearing Batman’s Hellbat suit. Some readers may recall that this is the suit Batman used to take on Darkseid and the forces of Apokolips.

Once again, there is much to love about this title. Jon is realistically goes through a range of emotions as any young kid in would if put in a similar situation. He experiences excitement when he gets an up-close look at one of the Apollo landing sites on the moon, shame as his father tells him he isn’t ready for entering the world of being a superhero; anger when the Eradicator absorbs his father, and fear when the Eradicator shrugs off his attacks.

Also, it’s about time that someone called Clark out on his overprotectiveness. It has been causing him to act somewhat uncharacteristically when he feels his family is threatened. If Clark can come to grips with this tendency, then he will feel more like the Superman we remember from his pre-Flashpoint days.

I also like the callback to Tomasi and Gleason’s run on Batman and Robin by including the use of the Hellbat suit. It’s fitting that Lois uses the same suit to protect her son that Batman used to reclaim his son from Apokolips – and from death itself.

I would have like to have seen if Krypto’s essence was among those Clark absorbed. I don’t know if Krypto’s absence in that scene is a good or bad sign, but some hint would have been appreciated. Hopefully, they will resolve that question sooner than later.

Another great issue. This has become my favourite title of the Rebirth books. Tomasi and Gleason have proven that Superman can be a father without diminishing the appeal of the character.