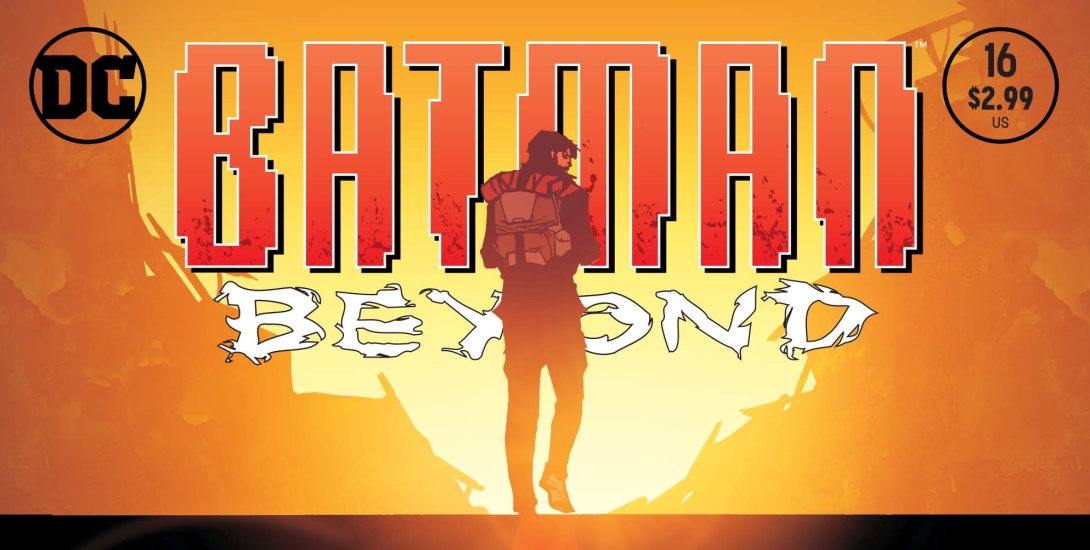 This final issue opens where the previous issue left off: Batman (Tim Drake) is unconscious and is at the mercy of the villain Rewire, who has just been revealed as Terry McGinnis.

McGinnis’ memory of his true identity has been erased by the villain Spellbinder. Spellbinder is urging Terry to kill Tim, but Terry balks at this – Spellbinder’s influence isn’t quite strong enough to make Terry commit murder.

Meanwhile, Terry’s brother Matt is rushing to the scene in the Batplane, piloted by the A.I. Alfred. While Spellbinder struggles to force Terry to execute Tim, the Batplane crashes through the wall, distracting Spellbinder and Terry from Tim.

Terry fails to recognize his brother Matt, and then Spellbinder makes Terry and Barbara Gordon see Matt as a bat demon that needs to be subdued.

While Spellbinder, Terry, and Barbara’s attention are on Matt, Tim regains consciousness and attacks Spellbinder. Tim wins his fight against Spellbinder, breaking his influence on Barbara and Terry, and Terry’s memory starts to return. The brothers are finally reunited, but Terry is confused as to why Tim Drake is wearing his costume. Tim promises to explain back in the Batcave.

The story skips to just after Terry has been brought up to date. It is explained that Terry’s death (in The New 52: Future’s End #46) happened in an alternate timeline that is only remembered by Tim. Tim cannot return to the past he remembers because it no longer exists, so he has decided to set off to explore the new world he has found himself in. Tim reveals that he never actually wanted to be Batman, so he urges Terry to reclaim the role. Terry does so, immediately realizing how right it feels to don the costume again.

Thus ends Tim Drake’s tenure as Batman, but his story isn’t over, as is teased in a short epilogue. After leaving the Batcave, Tim is biking down a deserted highway, when suddenly he disappears into a mysterious flash of light.

Technically this isn’t a Rebirth title, but it sets the stage for the upcoming Batman Beyond: Rebirth special and relaunched series. Restoring Terry McGinnis as the Batman of the future definitely puts the status quo of Batman Beyond to a more classic era. Once again the title will tell the adventures of the same Batman from the cartoon it was based on.

Also, I like that Tim wasn’t just killed off or erased from history. His tenure as Batman was honoured, and he was given a reasonable motivation for passing the role back to Terry. Also, it seems that we probably haven’t seen the last of this version of Tim Drake. His disappearance almost certainly has to be related to the deeper mysteries of the Rebirth event.

There’s not much to complain about here. However, I will be disappointed if it turns out that Tim was merely vapourized in the epilogue. That would serve as an unnecessarily undignified end for the character. However, I don’t believe this is the case – at least I hope not.

The issue certainly fulfilled its function of wrapping up the story and setting the stage for the relaunch under the Rebirth banner.