Review: Everafter: From the Pages of Fables #1 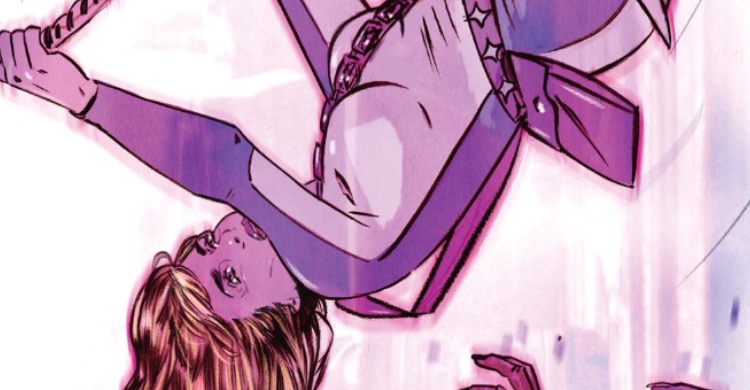 Summary
If you were disappointed that Fables ended, then you’ve probably come to this review hoping to find justification in picking up issue one of Everafter: From the Pages of Fables. Fables was a highly decorated and critically received series for good reason. Bill Willingham, Mark Buckingham and Steve Leialoha crafted a complete world with complex characters that never ceased to provide surprises, but at the same time were familiar. Everafter: From the Pages of Fables has a world that’s already known, or at least that’s what one would think.

It’s a train station in St. Louis, Missouri. Bo Beep, Peter Piper and Hansel, are on a mission for Feathertop. It’s clear from the beginning that something is not right. As we learn a little bit about the changes to the world since the end of Fables. Magic has become real in the mundy world and there are complications. Back in Washington, D.C., Snow White and her husband Bigby Wolf are delivering their son, Connor to Feathertop and his spy agency. All parties are extremely happy in Connor’s decision to join up. Apparently, Connor’s “youthful exuberance” has been making life difficult for Snow and Bigby. When the scene switches back to St. Louis, we get a surprise as Hansel takes down Bo Peep to go after their target alone. The target is of course the biggest surprise of the issue….

Positives
As it is, Everafter: From the Pages of Fables feels very much like Fairest, giving the impression that this is still a side series leaving the door open to the main Fables characters. Despite this Bigby and Snow’s appearance is very welcome. It almost felt like Bigby and Snow had negotiated an appearance here just to lend credence to the series. This isn’t bad though, as that open door is nice to imagine. Justus and Sturges do a nice job with keeping the feel of Fables, throughout. Additionally, the characters have that familiarity while still proving surprising.

Negatives
This is a Mature Audiences title and as such it is a little more vulgar, a little more graphic and a little more challenging in theme and subject matter. All of these work in the world of Fables except this use of the “F” word in this issue. If Justus and Sturges have made one misstep, the use of this word feels forced. It’s not a new word for the Fables Universe, but in the case of this issue it’s too prolific to have impact it could if used more selectively.

While readers familiar with Fables will have no problem jumping right in, this issue may be difficult for a new reader to acclimate. Sturges and Justus do attempt to try and catch readers up on what’s going on, but the previous 150 issues developed a lot of characters and built a world that’s not going to be easy to penetrate in this premier issue’s narration. A standard introduction for each issue may be beneficial to get new readers up to speed.

Verdict
If you are a fan of Fables, this is definitely a book you should pick up. This first issue sets the stage for what’s to come with a tasty mystery and a shocking ending. The world of Fables is back and this first issue seems like it’s on the right track. 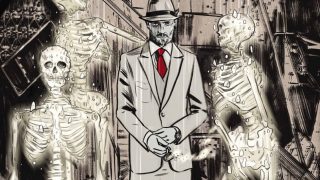 Review: Everafter: From the Pages of Fables #12 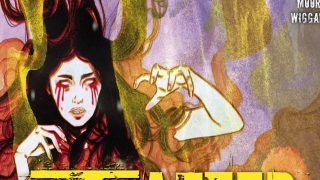 Review: Everafter: From the Pages of Fables #11