Review: The Sheriff of Babylon #10 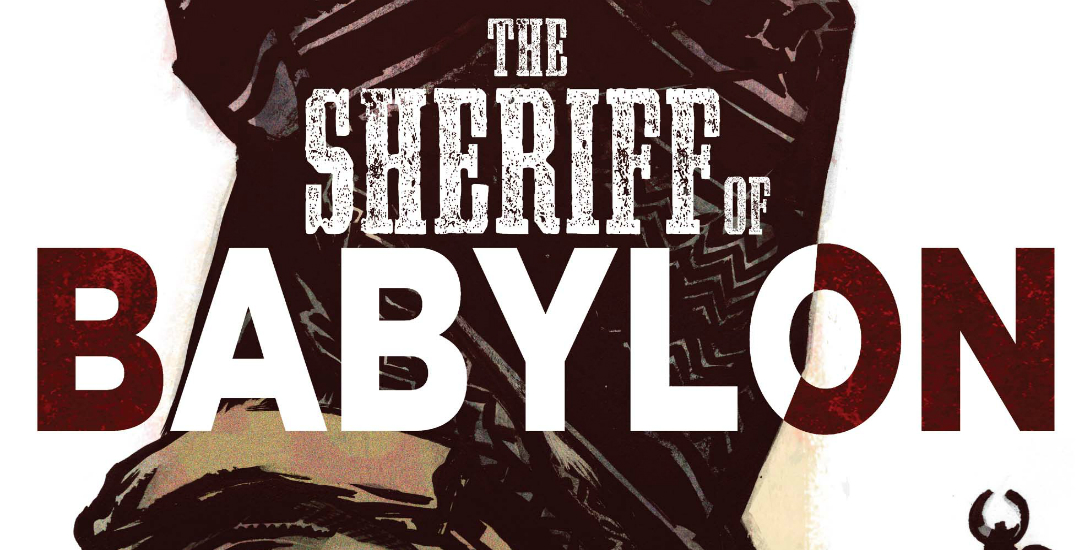 The setting: Baghdad. March, 2004. Our three protagonists are in separate rooms. Nassir and Saffiya are stuck in Saffiya’s house with terrorist, psychopath and self-proclaimed George Washington, Abu Rahim while Chris sits impatiently in a room with Bob, NCIS, killer of Nassir’s wife and all around douchebag.  Almost nothing actually happens in this issue, but everything becomes clearer and then muddier. Well, it is hard to explain. There is just a lot of crazy s#!t going down.

King and Gerads are not messing around with this book. They put the graphic in graphic novel. There is blood, there is nudity, there is pain and there is reality. This is book 10 and there has been at least one dead body in each issue. Why is that good? Well, this is a reality based comic. The only superheroes are on Chris’ sheets (literally, he has Superman bed sheets. He is a grown man, former San Diego PD member and current Police Trainer in Iraq. Yet, he has Superman sheets. Clearly, he has issues.). The reality is what makes this compelling. There have been a ton of movies about Iraq after the invasion, but this story, told this way, is the way to do it. It is slow. It plods. It is bloody and scary and tragic and real. Maybe if King and Gerads put this out in real time, the whole situation would have been handled differently.

The mystery of who killed Ali Al Fahar, the dead body that got this ball rolling, is finally revealed. Spoiler alert: It was Bob. Bob has only been in a few issues, but honestly, if you met Bob, you would want to kick him square in the crotch and then get him one more time in the throat while he was down. Again, why is that a positive thing? Well, it has been a mystery. Who killed Ali? It has been a painful aspect of Chris’ existence. He just wants to know why someone would kill one of his recruits. He wants to know if he could have saved him. He needs to know. He finally finds out that tragically, no, he could not. Even if Ali had come to him, F-ing Bob would have gotten to him and used him up anyway. Bob. What a piece of crap. At one point, Chris reaches for his sidearm. The reader cheers. Franklin, who is a government fixer, walks in just in time. While the reader is disappointed, Chris lives so that is good.

Notice that I said slow and plodding? Well, that is not going to make a lot of folks happy. This is a story that begs for resolution, but the reader is just going to have to wait. As Saffiya so eloquently put it, she is patient. We, need to be patient as well. The problem is, this book is on issue 10 and only six weeks have passed.  It is deliberate, but it is painful.

There are no Space Cops nor Amazons. There are no aliens nor robots. Those things are great and it is good they are out there. I am going to jump into some serious robot from Detroit action right now. However, this book is powerful. It is well written. It is tense. It is real. If I were teaching modern World History, I would use this series. Issue 10, ends with the line “Where were the terrorists?” The room is full of dead Iraqis with Bob’s men standing around them wearing night vision goggles. The answer to that, is in the question and it is on the last page.  If you have not read this yet, start from the beginning and get caught up. You have a month before issue 11 comes out.