The Ultra Humanite has unleashed a super powered army on the wonders of Earth 2! As the heroes fight against overwhelming odds, Fury makes a desperate decision to stop the Ultra-Humanite once and for all! But what does her gambit mean for the rest of Earth 2? 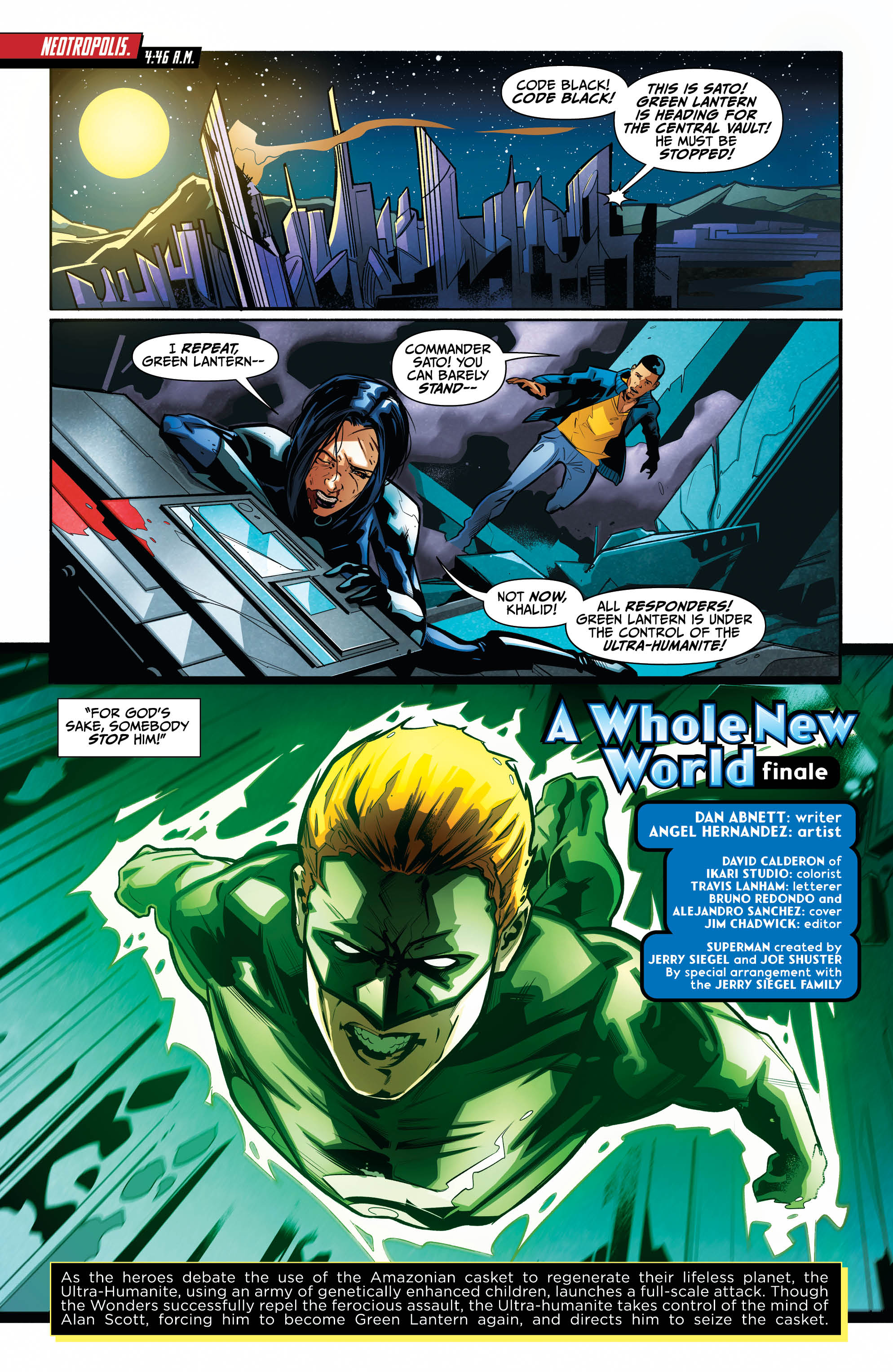 “A Whole New World” throws us right in the middle of conflict as soon as you open the book! The Ultra-Humanite has taken control of Green Lantern and proceeds to break his way into the Central Vault, where the power of Pandora’s Box is held! The box is being used to help rebuild the broken and fragile world of Earth 2, however the Ultra-Humanite has plans of his own. Capturing Green Lantern and placing him under mind control, he uses the Wonder to tear the heroes apart. The Flash, Val-Zod Superman, and Fury all fall before the Lantern, leaving Red Arrow as the last hero standing between Lantern and the power of Pandora’s Box. Eventually Green Lantern through his sheer will captures back control of his mind, and in doing so breaks the mental hold the Ultra-Humanite has on him. Dan Abnett does a wonderful job of telling a story of not only rebuilding a broken world, but redemption for our heroes as well. Seeing as how their old world fell, the Ultra-Humanite reminds them during the fight of their failure and how they are no more capable of stopping him now either. This realization pushes Fury over the edge as she attempts to use Pandora’s Box against the Ultra-Humanite himself! 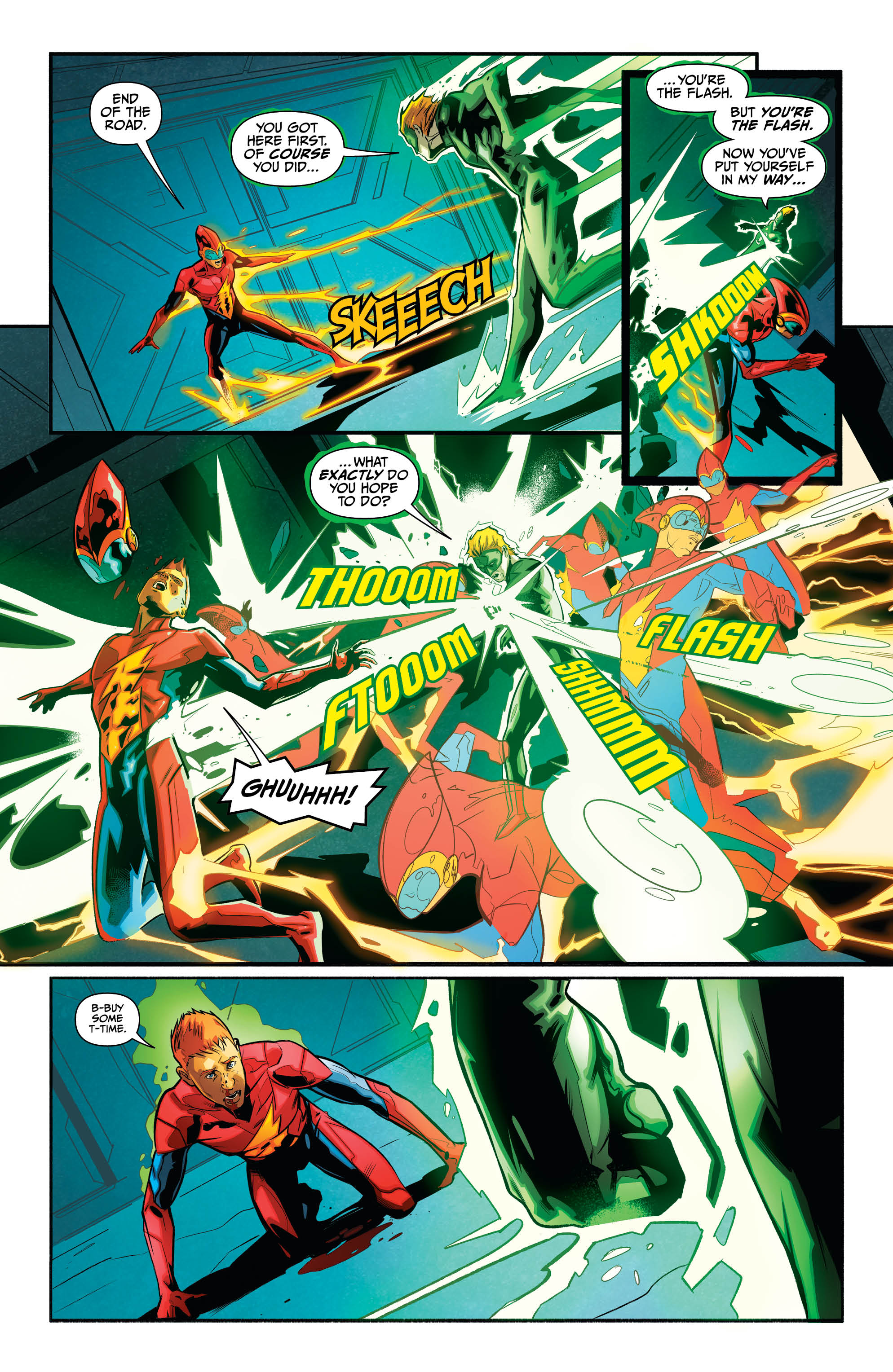 I really can’t say anything negative about this issue as we’re given nothing but action from start to finish! The motives and intentions of the Ultra-Humanite are clear, and I love that there are hardly any heroes around that can match him physically or mentally! It takes a combined effort of not only Val-Zod Superman, Batman and Fury to stop the Ultra-Humanite, but more and only then does Fury’s desperate gambit prove to be effective! Not to spoil it for you, but I’m quite sure that opening Pandora’s Box — no matter what the reason — was a grave mistake, and I’m sure there will be dire consequences for it. 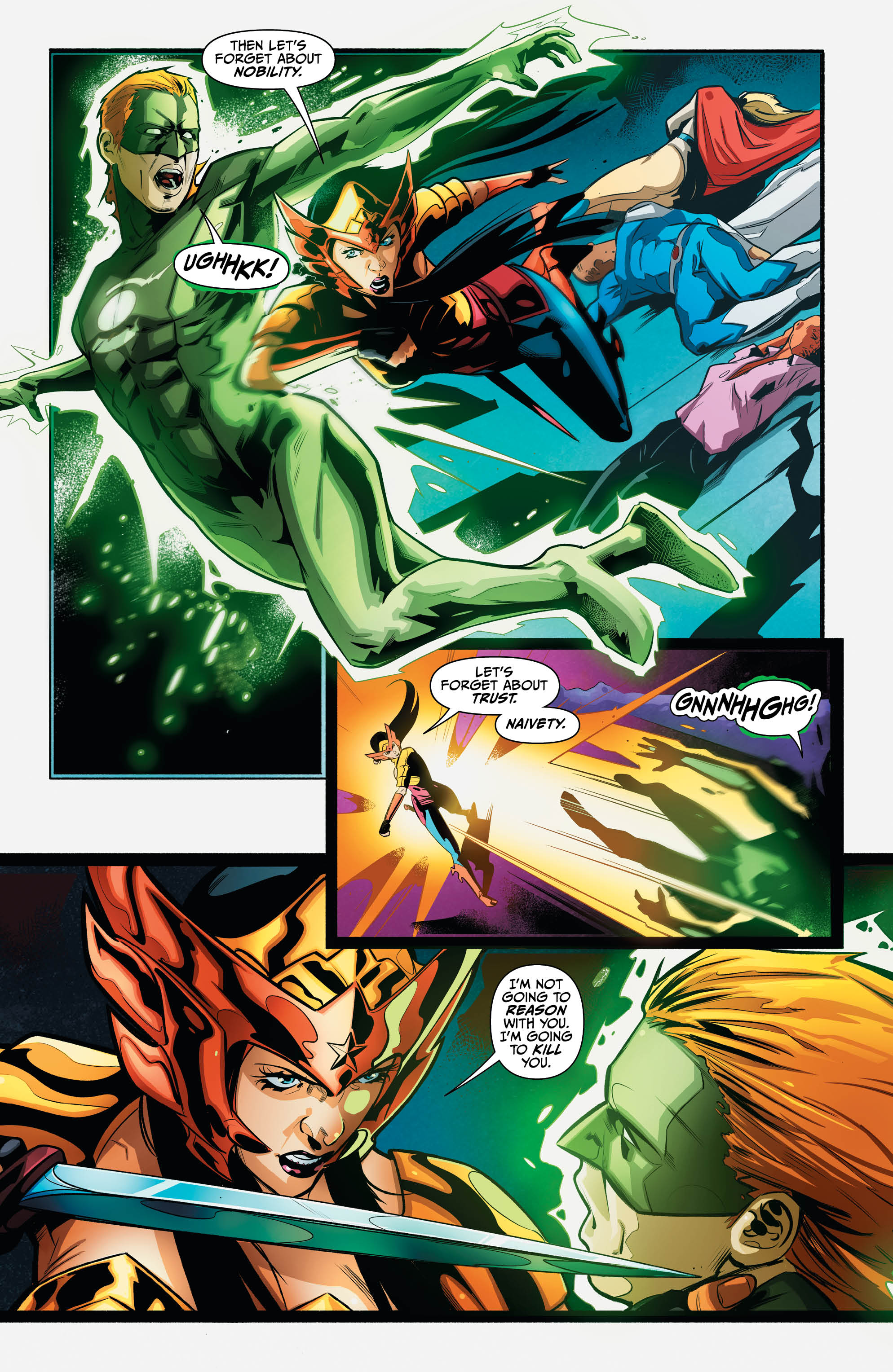 “A Whole New World” is a great read! Dan Abnett shows us a world where our heroes are not only flawed, but they actually failed. They failed saving their world and in those ashes they’re trying to build something better. The Wonders face the same challenges from the villains of old, and although there’s still a Superman, Batman, and a Wonder Woman to protect this new world — will it be enough? Combined with the writing talents of Abnett and the artistry of Hernandez you see how grim this Earth 2 is in a great detail. Abnett shows us a world where our heroes actually failed us, but they’re still fighting the good fight anyway. I can’t wait to see the ramifications of Fury opening Pandora’s Box as Abnett gives us a very satisfying cliffhanger to think on until the next issue!