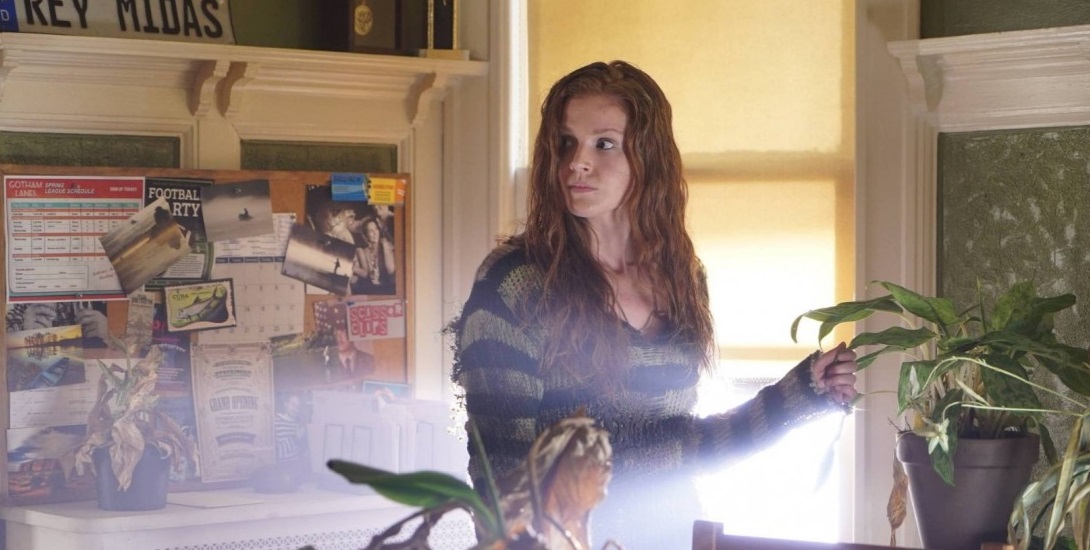 Fish Mooney hunts Hugo Strange while the rest of Gotham hunts her. Meanwhile, Bruce meets with the Court of Owls.

This episode is much more in line with what I expect from this show. Last week was fairly tame but this episode is back to utter insanity. The episode is absolutely over the top complete with a witch mob that I’m pretty sure was actually carrying pitchforks. I love how crazy this show gets and this episode is no exception.

Jamie Chung is a blast as Valerie Vale. I enjoyed her in the first episode but the character gets a bit more to do here and has a lot more attitude. She is able manipulate and use Gordon in a similar manner to what he did to her last week. It was a lot of fun to watch that Valerie can give as good as she takes. Also, she’s quite a bit smarter than your average Gotham character. Granted, that isn’t saying much considering this show but it’s appreciated. She doesn’t accept any of Gordon’s bullshit.

Robin Lord Taylor kills it as Penguin in this episode. He has always been terrific in the role but he felt straight off the page here. I loved the way that Penguin was able to use his charisma and way with words in order to manipulate the citizens of Gotham. It’s great to actually see how much power Penguin has instead of just talking about it.

There’s a nice moment between Alfred and Bruce that was quite nice. It’s a small moment where they have a short and silly conversation. It was nice to see them connect for a little bit without the usual insanity going on.

Gordon is too unlikable here. I understand that it’s the intention of the writers to make him less heroic and that Bruce learns from both Gordon’s successes and failures. But I still need to be able to empathize with and root for Gordon. And I have a hard time doing that. He’s a smug, selfish and stupid dick. He actually lets Fish go just to trick her into a trap with Penguin. He treats Valerie like crap for no reason and seems to think he owns the word. There’s nothing even interesting about him anymore.

Why do Gordon and Valerie hook up at the end? It happens for no reason. There is no lead up at all. They’re talking, Gordon creepily takes off her jacket and then they start making out. It’s weird and unnecessary. It doesn’t help that Chung and McKenzie still don’t have much chemistry.

Maggie Geha joins the cast as a slightly aged Ivy. The performance is fine but she doesn’t have enough to do. The episode actually does a good job of streamlining the cast into one story and making everyone relevant. Except for Ivy who has nothing to do with anything except establishing the new actress.

The monsters are still generic. There’s one with electricity powers that is pretty cool but that’s it. The main two monsters just use guns the entire episode even though one has super speed. The other doesn’t seem to have powers. She’s just a female version of Bane from The Dark Knight Rises. Also, the lynch mob was a little strange. It’s very much in line with the show’s insanity. But it was seriously uncomfortable to watch the mentally ill treated this way and not in a good way.

The Court of Owls leave no impression at all. If you were excited about their appearance, prepare to be disappointed. We only see one member who takes off her mask immediately and has a boring conversation with Bruce. They could be interesting in the future but they’re not impressing me so far.

I don’t care about Fish so the episode mainly falls flat. She’s not an interesting character and I don’t care about whether she lives or dies. They even try to have a tender moment between Fish and Penguin that didn’t play for me at all. It was just awkward.

This is an improvement over the premiere but still not the strongest episode. The focus on Fish takes it down quite a bit for me. Additionally, Gordon is a hard character to deal with this episode. And several aspects of the episode, mainly the monsters and the Court of Owls, were disappointing. However, Chung and Taylor are very enjoyable and it’s tonally more in line with what I like about the show. 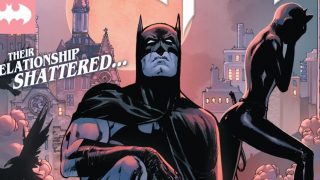 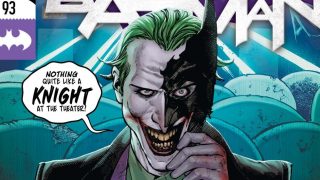